Bentley Motors has launched the ‘world’s fastest SUV’ - the Bentayga Speed – in the Middle East, even as the luxury carmaker celebrates its sales success in the region.

Bentley Motors has revealed the Bentayga sales in the Middle East have exceeded 2,000 units since its arrival in the region in 2016.

Designed, engineered and handcrafted in Crewe, the Bentayga’s styling is pure Bentley. Sculptural with an elegant, timeless execution, it perfectly balances athleticism with confidence. From the four round LED headlamps and large matrix grille, to the distinctive power line and muscular haunches, the unmistakable Bentley DNA is obvious throughout.

Its chassis system allows the Bentayga to take luxury to new places, with dedicated off-road modes for snow, sand, grass and trails. A pioneering 48V active anti-roll control system virtually eliminates body roll on the road, meaning the Bentayga is as suited to a dynamic drive along a mountain pass as it is to any off-road environment.

The Bentayga Speed’s ceramic brakes are the largest and most powerful ever fitted to a Bentley, with a maximum braking torque of 6,000 Nm and engineered to withstand temperatures up to 1,000 °C. They also save more than 20 kg over iron brakes.

The Bentayga Speed is the most powerful and performance-oriented Bentayga to date. Its name builds on a long tradition of ‘Speed’ models born with the Continental GT in 2007.

To match the elevated levels of performance, the Bentayga Speed sports a striking exterior look. Dark-tint headlights radiator and bumper grilles, as well as body-coloured side skirts and a striking tailgate spoiler confirm the SUV’s performance credentials.

Sitting in the centre of the Bentayga range, the V8 model fuses exquisite luxury with power, usability and extensive sporting ability. Powered by a new-generation 4.0-litre, 32-valve, V8 petrol engine featuring dual twin-scroll turbochargers located inside the ‘V’ of the engine, the Bentayga V8 combines immense power with impressive fuel efficiency. The V8 unit develops 542 bhp and 568 lb.ft. (770 Nm) of torque, resulting in a top speed of 290 km/h and 100 km/h in 4.5 seconds. 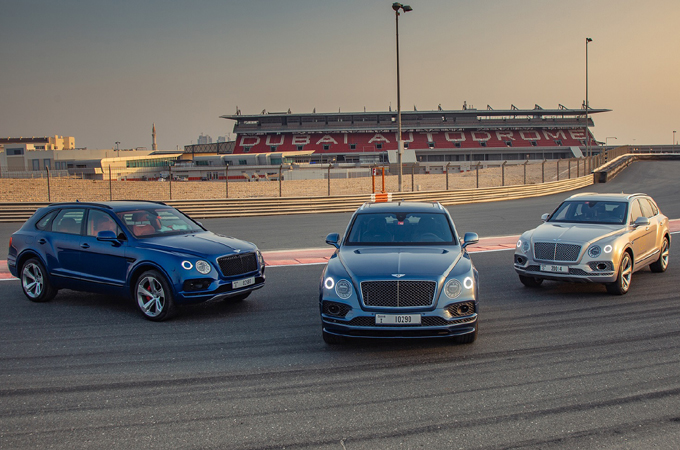 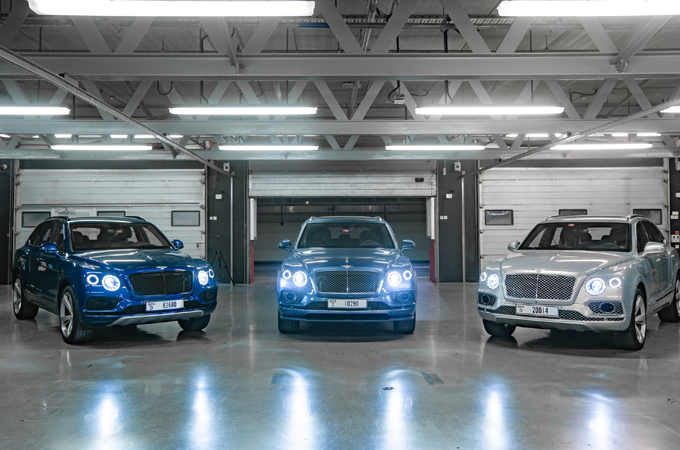 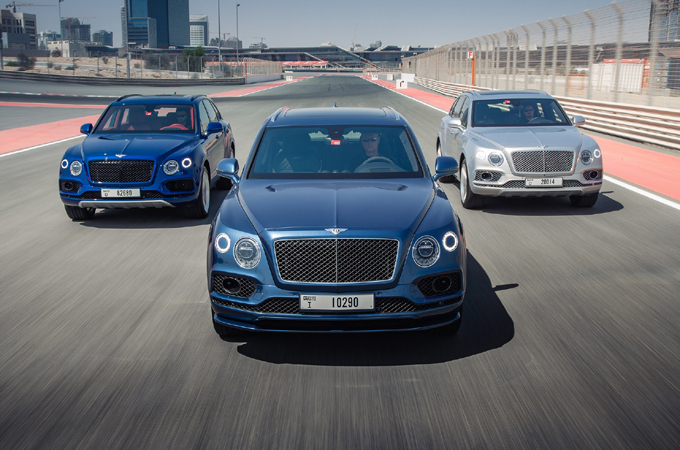