Lotus has officially opened its new showroom in Bahrain, with the new Emira sportscar taking the centre-stage at the inauguration.

The critically acclaimed two-seater, the last petrol-powered car from Lotus and the ‘best of breed’, made its Middle East debut at the event. Adamas Motors is Lotus’ dealer in Bahrain.

The ribbon-cutting ceremony of the new showroom in Moda Mall was performed by the guest of honour Zayed bin Rashid Alzayani, Minister for Industry, Commerce and Tourism.

The Lotus Emira is a junior supercar with everyday useability and is the most accomplished road car ever to come out of the factory gates at Hethel, UK. With a striking design, breathtaking performance and class-leading ride and handling, the Emira is a true Lotus – light, nimble, mid-engined, exotic looking and competitively priced. It is also a paradigm shift in practicality, comfort, functionality and technology, all of which is especially visible in the stunning interior, the car-maker said.

The first customer cars in Bahrain will be the Emira V6 First Edition, a high-spec flagship version of the car that will arrive in the region’s showrooms next summer. Fully loaded with a host of desirable equipment plus unique badging, it will cost from under AED400,000 (BD41,000) including VAT.

Speaking to Arabian Knight on the sidelines of the event, Dan Balmer, Regional Director, Asia Pacific and Middle East, said the brand is aiming to expand its reach in the region and is looking for new partners in Saudi Arabia and Oman. It already has retail partners in Bahrain, Abu Dhabi, Dubai, Qatar and Kuwait.

He said the driver is at the centre of everything Lotus does. “The cars are deliberately simple and it’s all about driving experience,” he said.

“Our cars have a certain premium style, they are sports cars and are priced in the more attainable category. They’re are not at the very high end of the market in terms of price, but sport a look of a high-end supercar or a hypercar. Emira is deliberately designed to appeal to those who want a supercar look and feel and driving experience, but at more attainable price points,” he said.

He said Lotus has not seen any big decline in numbers during the pandemic. “Because we’re opening in new markets, we have some good performance. What we’re really excited about is the positive response for Emira in the region and other parts of the world,” added Balmer. 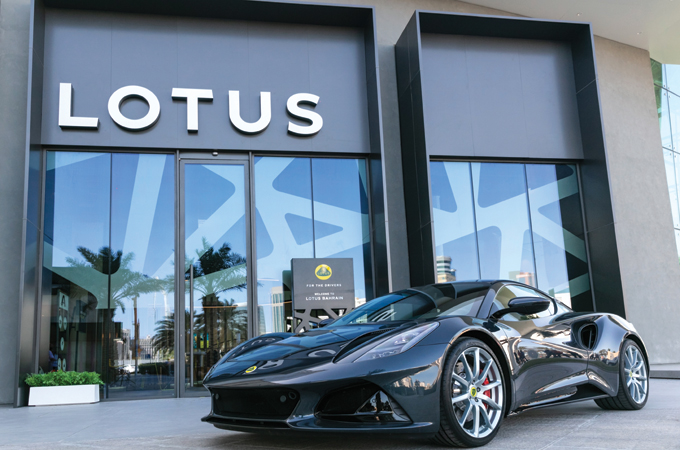 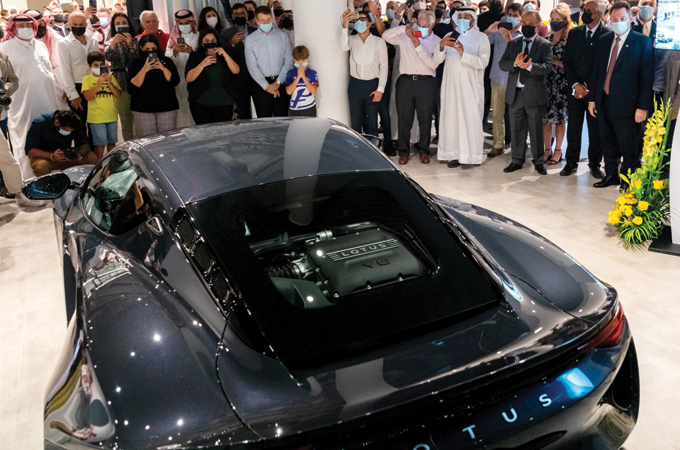 "
With a striking design, breathtaking performance and class-leading ride and handling, the Emira is a true Lotus – light, nimble, mid-engined, exotic looking and competitively priced