Blancpain is reinterpreting one of its emblematic historical timepieces, the Fifty Fathoms "no radiations", with a limited edition of the iconic model.

This mid-1960s diving instrument, of which one version was used by the German Navy's Combat Swimmers, had the characteristic feature of being stamped with a "no radiations" logo indicating that Blancpain was not using luminescent materials composed of radium. This distinctive symbol on the watch dial has forged its success; the timepiece and its variants are now among the most iconic Fifty Fathoms models, which the new Tribute to Fifty Fathoms No Rad intends to honour.

This watch is now issued in a 500-piece limited series.

The Tribute to Fifty Fathoms No Rad watch revisits the historical model that inspired it. Its matt deep black dial is punctuated by geometrical hour-markers, combining traditional round dots as well as rectangles and a diamond-shaped mark at 12 o'clock. The chapter ring, the hands

and the time scale on the bezel all feature "old radium"-coloured Super-LumiNova reprising the beige-orange hue of vintage indicators bearing the patina of time. At 3 o'clock sits a date aperture highlighted by a white rim, as seen on one of the 1960s models.

The yellow and red "no radiations" logo remains the dominant element on the dial, adding to the already strong character of this timepiece. The unidirectional rotating bezel, featuring a graduation typical of the initial Fifty Fathoms models, is fitted with a sapphire insert, a distinctive feature of the

contemporary collection. Its domed profile contributes to the depth effect of the watch face, already enhanced by the use of a glassbox-type sapphire crystal.

Water-resistant to 300 metres, the steel case measures 40.3mm, a diameter exclusive to limited-edition Fifty Fathoms watches. It houses Blancpain Calibre 1151, a self-winding movement equipped with a silicon balance spring and endowed with a four-day power reserve. Its two barrels are wound by means

of a rotor with a cartouche-shaped aperture, a nod to some of the historic timepieces in the collection, including the very first Fifty Fathoms. This now atypical detail was formerly used to increase the suppleness of the oscillating weight in order to safeguard the movement in the event of impacts. The watch comes with a strap in "Tropic"-type rubber, a material very popular

with divers back in the day because of its durability and wearer comfort.

With this limited series, Blancpain is restoring a cult instrument from its past as a supplier to the navies of numerous armed forces worldwide. In 1953, French Combat Swimmers were the first to use the Fifty Fathoms for their underwater missions. Thanks to its watertightness, legibility, safety and robustness, the watch immediately became an indispensable component

In the early 1960s, radium – a radioactive element used in watchmaking for its luminescent properties – was declared harmful to health. To reassure professional divers, as well as experienced amateurs who purchased their Fifty Fathoms watches from specialist equipment providers, Blancpain thus decided to clearly indicate that its timepieces were radium-free – and hence harmless.

These diver's watches, whose dial indicated the absence of radium through the "no radiations" logo, have become particularly sought-after collector's items. They now form part of the Fifty Fathoms’ legendary heritage spanning almost 70 years. 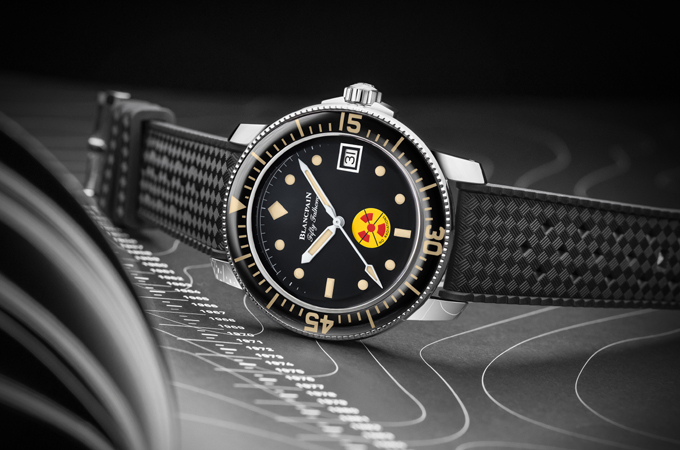 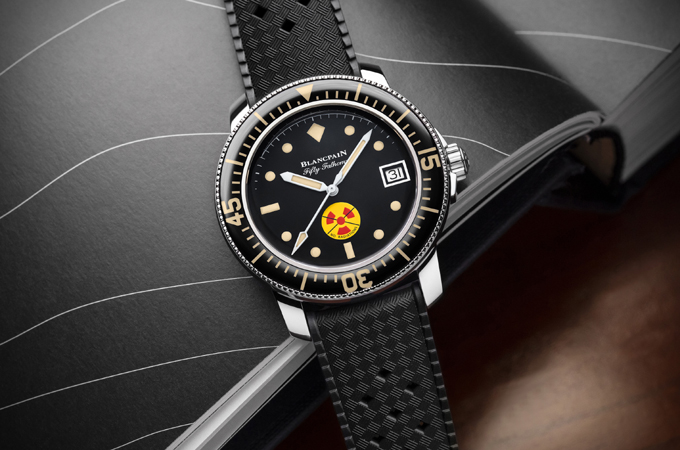 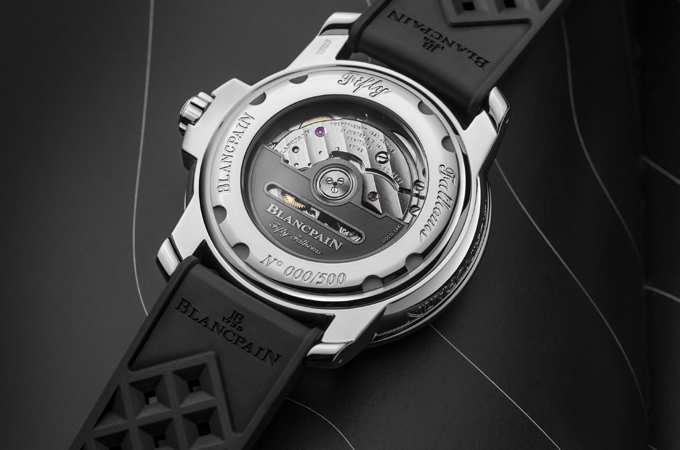 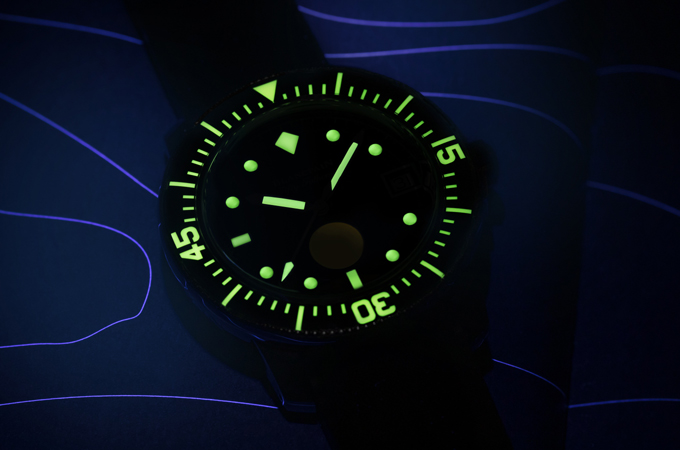