TAG Heuer is celebrating its 160th anniversary this year and to honour this special occasion, the Swiss luxury watchmaker is introducing the TAG Heuer Carrera 160 Years Silver Limited Edition, with a design from the 1960s powered by a 21st-century watchmaking innovation.

TAG Heuer – known earlier as Heuer – was founded in 1860 by Edouard Heuer in Saint-Imier, Switzerland. Over the past 160 years, much has changed but the brand’s commitment to innovating and developing cutting-edge watchmaking creations has remained constant, says the watchmaker.

“One collection that is set to receive special attention this year is the TAG Heuer Carrera line, which features the brand’s most elegant chronographs: iconic timepieces since their introduction almost 60 years ago, and which have carried the brand’s racing heritage and daring spirit through the decades,” it says.

The renowned monochrome silver-dial model of 1964 Carrera, with its three azurage counters and starburst silver-coloured dial, is a prime choice to honour the 160th anniversary of the brand. Often referred to as “2447S”, this model is now being re-introduced with some 21st Century updates.

Presented on a black alligator strap, the new model is limited to 1,860 pieces – a nod to the year that Heuer was founded.The anniversary watch will be available worldwide to customers from June 2020. 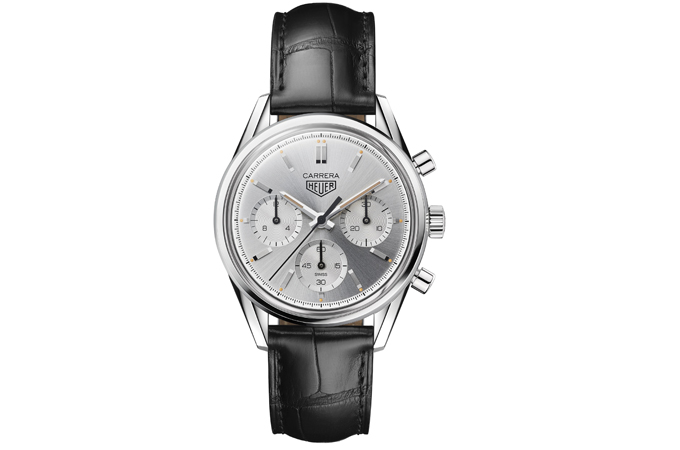