Twenty-two luxury homes at a new development on one of central London’s most iconic streets have been released on the market.

The development, 190 Strand, is located close to the River Thames and promises its residents a true luxury hotel experience, according to the developer, St Edward.

The design of 190 Strand has been influenced by the glamour and grandeur of five-star hotels such as The Savoy and Waldorf Astoria, located on this famous street, Each of the homes has been designed in a way that offers a sophisticated, boutique style of living with all of the attributes one would expect from a five star hotel, updated to suit modern lifestyles.

From the moment they arrive, residents are greeted by a liveried doorman resplendent in a top hat from Christy & Co, a 200-year-old esteemed brand that has supplied hats to the noble elite from Prince Albert to the modern day Royal family. With meticulous attention to detail, the hats have a stylish gold embroidered trim from Hand & Lock, a traditional company who have provided embroidery for some of Britain’s grandest traditions including the Royal Wedding and the Queen’s Diamond Jubilee. Doormen will also have handmade umbrellas from the world famous James Smith & Son umbrella shop founded in 1830.

For those that drive there is a valet service as well as a lift in the car-park to the basement, a rare luxury for London and part of the hotel lifestyle at 190 Strand. Once inside, the five-star hotel experiences continue with a dedicated concierge catering to residents’ needs, from arranging theatre tickets to the latest shows in the West End to sourcing domestic staff such as chefs and cleaners. There is a also dedicated mobile app for residents to check the events calendar or book personal trainers or spa treatments and pay the service charge.

The reception areas and leisure facilities are a key factor in creating a lifestyle that rivals that of luxury British hotels at 190 Strand. The interior design has been crafted for a luxurious experience and the spa area includes swimming and vitality pools, relaxing loungers, sauna and steam rooms, spa rooms and a relaxation suite. As one would expect to find in a leading hotel, residents also have access to a business suite, virtual golf and cinema.

Paul Vallone, Executive Chairman, St Edward, said: “All of the homes at 190 Strand are inspired by the culture and history of the Strand area, particularly the strong association with iconic London hotels. Many residents will also have captivating views of the London skyline and River Thames, just moments from the heart of the West End.”

Homes at its most recent phase, Temple House, a collection of 22 one-, two- and three-bedroom apartments and penthouses which are some of the most stunning to be released at the scheme boast spectacular views over the iconic London skyline. Whilst Temple House apartments will share the same grandeur and charm of other homes at 190 Strand, its unique exterior and riverside location has helped to characterise its interiors. Homes boast sophisticated design, sleek finishing and a rich palette of bronze, creams and dark wood, also emulating the glamour and style of the nearby Savoy Hotel.

Due to complete in 2017, the £500-million ($663 million) development is the biggest residential scheme of its kind along the Strand for more than 100 years and will comprise 206 new homes among a collection of garden squares and courtyards. Similar to the grand hotels in Europe, there will be a striking colonnade featuring a restaurant which will run elegantly along Arundel Street and finishing near the River Thames. 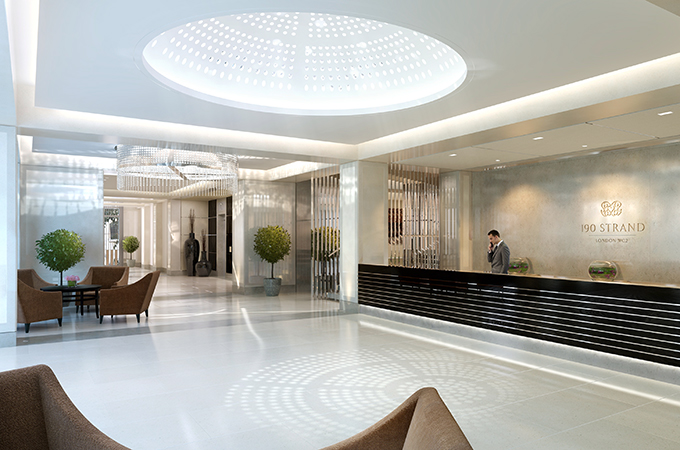 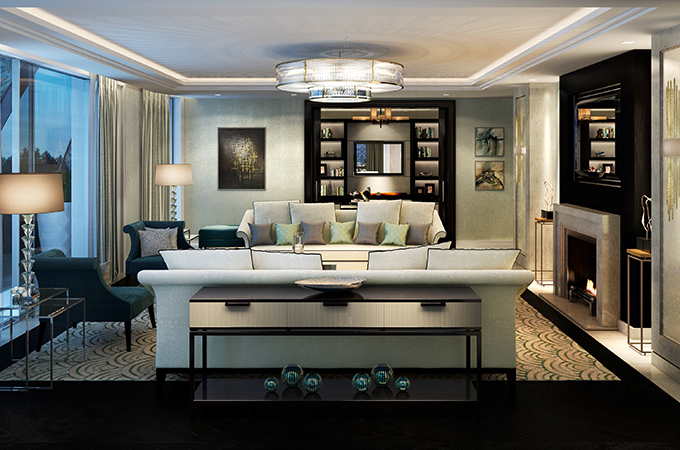