A palatial three-floor penthouse in Dubai with five bedrooms, private terraces and its very own rooftop pool has been snapped up for a whopping AED102 million ($27.7 million), becoming the most expensive one in the city.

The penthouse is one of three at the One Palm, a luxury residential tower being built by local developer Omniyat on the Palm Jumeirah island.

The sale eclipses the previous record price tag of AED60 million ($16.3 million) set earlier this year for the sale of a penthouse at Bvlgari Resorts & Residences on Jumeirah Bay, which is also under construction.

The owner of Dubai’s new most expensive penthouse will get to enjoy over 29,800 square feet of luxury.

Each of the five en-suite bathrooms and several living areas offer uninterrupted views of Dubai Marina’s skyline and the Arabian Gulf.

The huge penthouse includes almost 11,500 sq ft of exterior space, including several balconies, terraces and the rooftop area. The triplex unit has been designed in opulent rich textures of London-based luxury design studio Elicyon, famed for its involvement in the renowned One Hyde Park building.

The buyer bought the unit on the condition of a very specific request. Despite One Palm offering three swimming pools, the buyer asked that a 20-m private lap pool was built on the rooftop of his penthouse, so that he could swim in private. The pool will become one of the highest and most private swimming pools in Dubai upon completion.

Earlier this week, Omniyat announced that the One Palm project has officially topped out ahead of schedule.

Mahdi Amjad, founder and CEO of Omniyat, said: “The topping out of One Palm ahead of schedule is testament to our team and partners who have worked tirelessly to bring this incredible building to life. From this point on we now look forward handing over the keys to our first customers and the official opening.”

Situated in a prime plot on the eastern tip of the iconic Palm Jumeirah’s trunk, One Palm is set to become the most luxurious residences in Dubai with each one of the 90 units offering incredible views of Dubai Marina’s skyline and the Arabian Gulf.

Due for completion in 2018, One Palm has worked with the best designers in the world to create a unique project. Each residence will be a statement of personal taste with owners able to choose their interior and finishes from two of the world’s most esteemed designers to match their individual style.

Buyers will be able to pick from interiors designed by either Japanese firm Super Potato, known for its chic and modern fit-outs, or the opulent rich textures of London-based luxury design studio Elicyon, famed for its involvement in the renowned One Hyde Park building.

A One Palm Clubhouse will include a fine-dining restaurant, indoor and outdoor swimming pools, indoor cinema, outdoor cinema and barbecue area, residents lounge, children's pool and playroom and a luxury spa.

Despite just topping out, One Palm has already been recognised for its interior design-led approach as it picked up an award at this week’s prestigious International Property Awards.

The Interior Design Apartment category for Dubai was a hotly contested sector at the IPAX Africa & Arabia awards evening. But despite the strong competition, the judges found One Palm’s style befitting of the award – a testament that this project will be one of the city’s most talked about builds and a new flagship building for Dubai, says Omniyat. 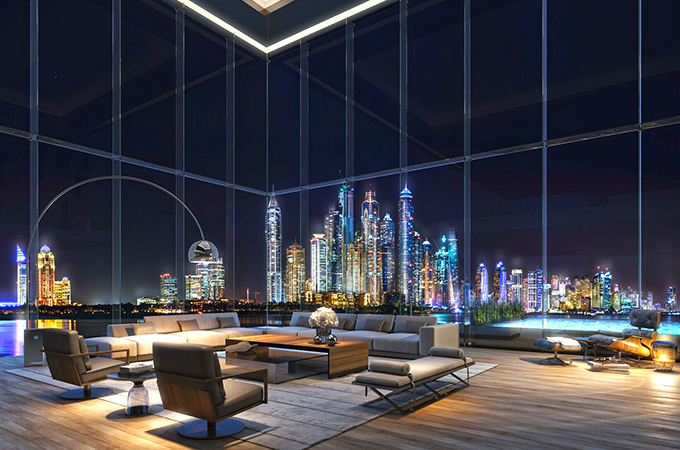 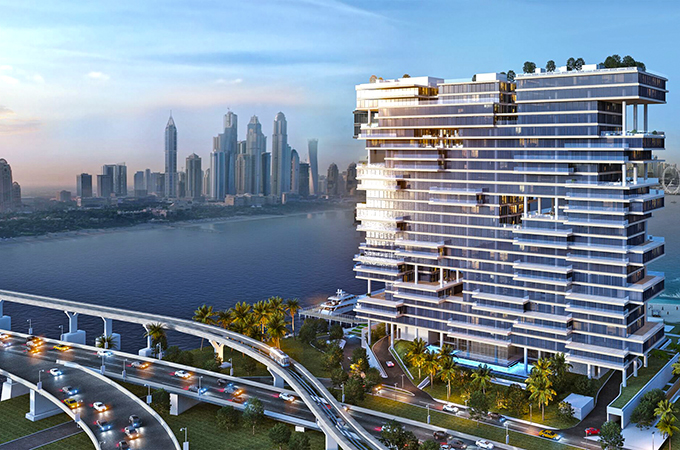 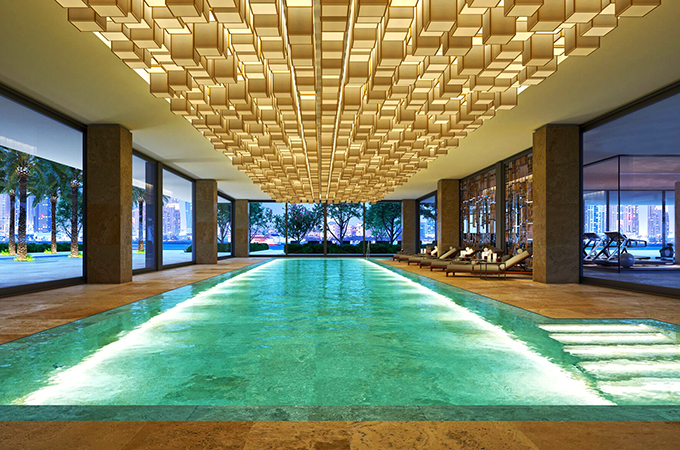 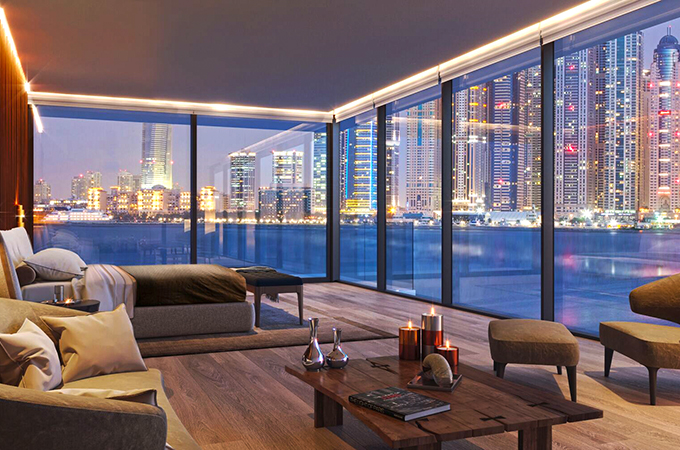 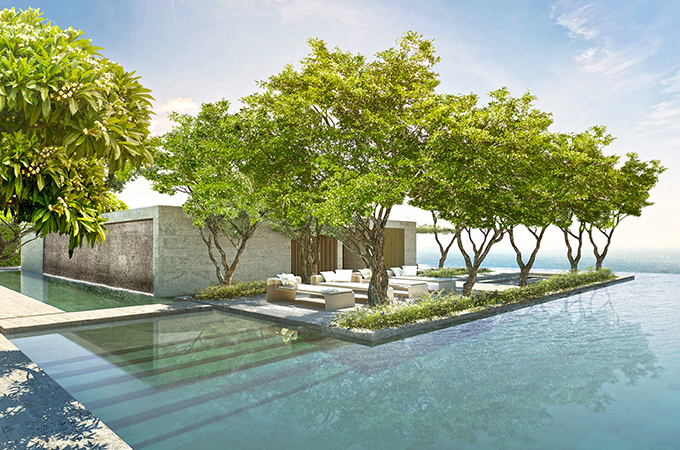 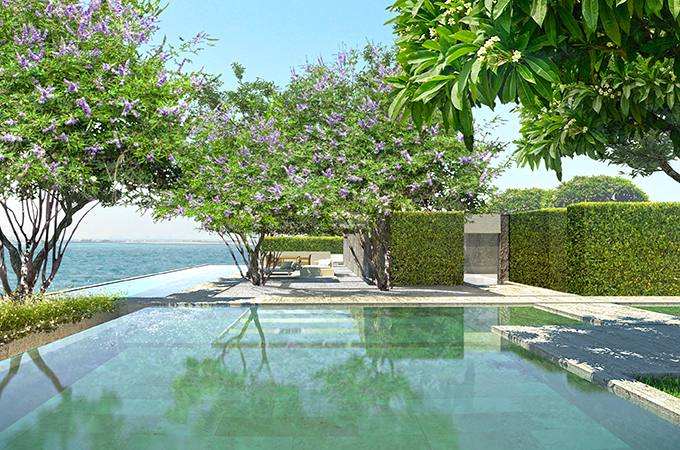 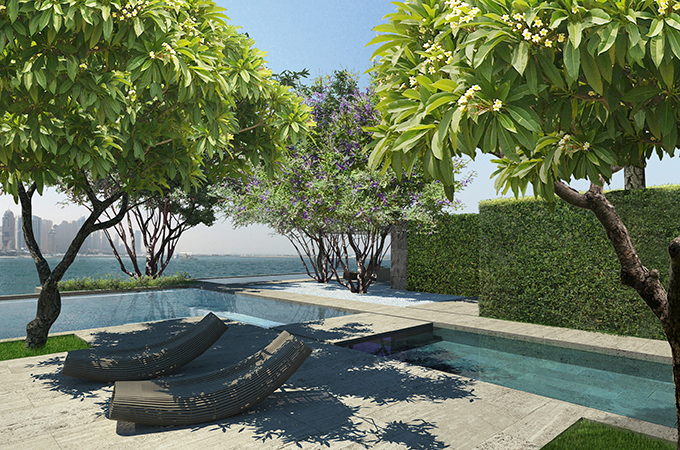 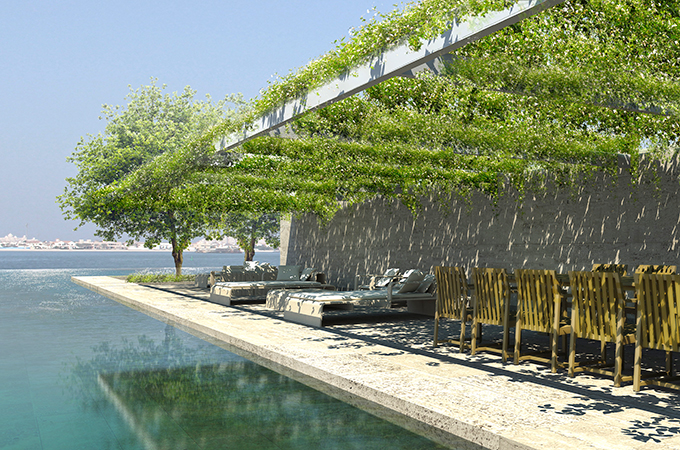 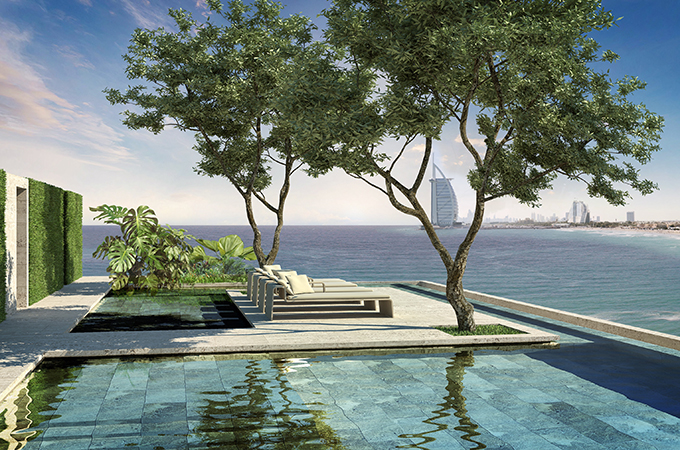