A rising star of the saddle, Hollie Doyle, will compete in the stc International Jockeys Challenge (IJC) on February 19, before reuniting with Roger Charlton’s Extra Elusive a day later in The Saudi Cup at King Abdulaziz Racecourse in Riyadh.

Organised by the Jockey Club of Saudi Arabia and run at the King Abdulaziz Racetrack in Riyadh, The Saudi Cup is a two-day festival of international racing headlined by the $20 million Saudi Cup – the world’s most valuable race.

Established in 2020 with the second renewal set to be run on February 20, 2021, The Saudi Cup day card carries a total prize purse of $30.5 millon and features dirt and turf races for the highest calibre of racehorses in the world.

The Saudi Cup is charged with raising awareness of horse racing in the country, encouraging participation among men and women. It also aims to promote Saudi Arabia at international level, acting as a marker for the Kingdom’s transformational journey, encouraging tourism and investment.

Doyle, who will line up alongside 13 other leading jockeys in the IJC, is hoping her recent overseas experiences will stand her in good stead. “I’m really excited to be riding in Saudi. I’ve had a few international trips recently, including Hong Kong, America and Bahrain, and it’s great that I’m getting to go to these big meetings around the world.

“Competing in the jockey challenge events is really cool as you get to ride alongside some of the world’s top athletes. I’ve only been to some of these places for a short period of time but I’ve learnt a lot. That’s what will hopefully make me a better jockey and I’ll keep taking these opportunities with both hands.”

The 24-year-old rider enjoyed a remarkable 2020, riding her first Royal Ascot winner in June, first Group winner in July and first Group 1 success in October – a month that saw her shatter her own British record for a female jockey of 117 winners in a calendar year.

Doyle also became the first British female jockey to ride a five-timer in England, a winner on Champions Day at Ascot and a winner in Hong Kong.

This year’s stc International Jockeys Challenge will have seven international women, two local men and five international men. The prize money in each of the four races will be $400,000 and there is a $100,000 prize pot for the Challenge with $30,000 going to the winner. 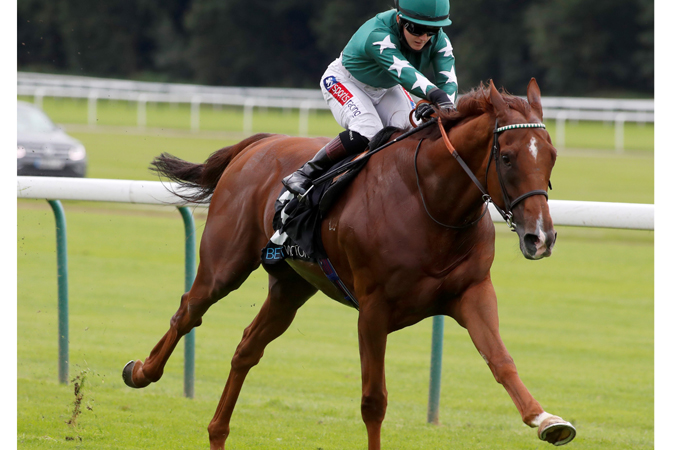