Audi Middle East gave one of its loyal social media fans the thrill of a lifetime that not only included getting behind the wheel of its new Audi TT but also the sky-high thrill of parachuting out of a plane, in Dubai, UAE.

Rashid Bin Ahmad was chosen to be #AudiSuperFan courtesy of Audi but the catch was that he had to agree to it before finding out what it was.

Chosen as the #AudiSuperFan because of his extensive engagement with both Audi and his followers about all things related to the brand with four rings, Rashid’s special experience began at the Dubai Autodrome.

He was treated to a full driving experience on the track behind the wheel of the brand new Audi TT. After putting the car through its paces, Rashid was then whisked off to the big surprise - taking part in the official Middle East launch of the new Audi TT at SkyDive Dubai.

The #AudiSuperFan then experienced what it was like to accelerate from 0-100 kmph in 4.6 seconds, but from a different perspective… jumping from the plane at 14,000 feet above Dubai, Rashid kicked off the spectacular event that officially introduced the new TT to the region.

The stunt event then saw the SkyDive Dubai display team forming the letters TT in the sky above Dubai before the cars were raced down the runway.

The Germany-headquartered the Audi Group delivered approximately 1,741,100 cars of the Audi brand to its customers last year, achieving revenues of €53.8 billion and a profit of €5.15 billion. 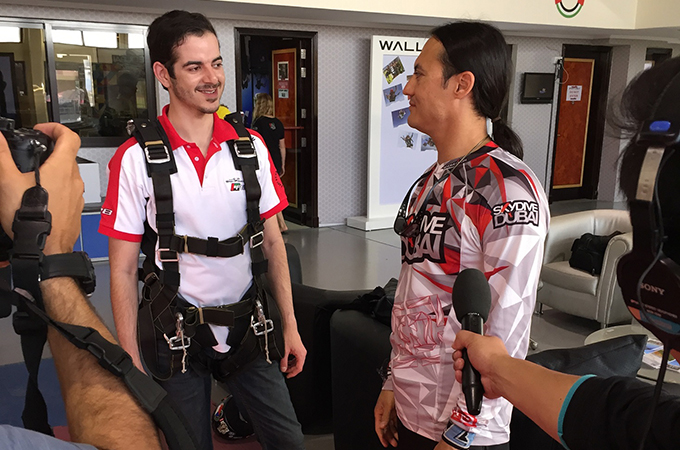 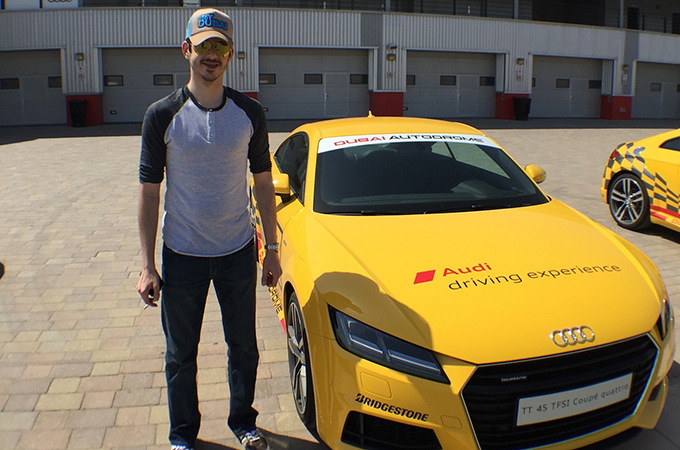