The launch was held during the 68th  Cannes Film Festival, held in the French city earlier this month.

Since the golden era of Italian films in the 1950s and 1960s, Bulgari has been closely linked with the cinema world, and Cannes, with its roll-call of bejeweled international divas, has always been one of the year’s most anticipated events.

The celebrations for the redesigned Bulgari boutique were marked by a glittering ribbon-cutting ceremony and followed by a cocktail party with guest-of-honour British actress Naomi Watts. Attending the event was an A-list of VIPs, socialites, filmmakers, and key figures of the entertainment industry.

Following the renovation of the Via Condotti store in Rome, Italy, in which a delicate transformation of the existing historical store was accomplished, many of the brand’s signature architectural elements are mirrored within this new space.

Here, Marino’s concept creates an architectural identity for Bulgari which draws on its Mediterranean origins and Roman traditions and emphasises a classic Italian approach to modernity.

The dominant idea is to utilise ancient marbles and stones typical of Roman building and to express them in a classic geometry open to modern interpretation, in a continuous interplay between innovation and tradition. The entrance features antique black and white veined marble and travertine, with bronze details and iconic jewelry patterns.

The interior is characterised by the typical elements recalling the origin of the brand and the Roman historical building as well, the aim is to let the client feel like entering an ancient Italian palazzo.

Flooring features Bois Jourdain and white travertino marbles, with a special star-pattern, encompassing one of brand’s design key elements: the Condotti eight point star in white onyx. Universal symbol of balance, harmony and cosmic order, the eight lines are symbolic of the four cardinal points (North, South, East, West) and time (two solstices and two equinoxes). As per the legend, the star means “Roma Caput Mundi", meaning that all the routes lead to Rome. In fact, the original star is part of the original flooring inside the historical Bulgari store in Rome Via Condotti.

Walls are adorned with silk and Scagliola painting, expression of the brand’s heritage, alternating with Condotti showcases: adorned with the Imperial Saffron shantung silk, the iconic Condotti windows are also reminder of the original ones that are still present in the historical flagship in Rome Condotti 10.

Housing the most precious Jewelry and Watches collection, the 80-sq-m space houses some furniture carefully selected by Peter Marino himself and counters conceived by the Italian designers who have had link with the Bulgari heritage, such as Franco Albini and Carlo Scarpa. A vintage Murano crystal chandelier, produced by the Italian company Vistosi, will enlighten the products and the atmosphere.

The VIP area’s entry is defined by the “Maglia Pantheon” (Pantheon Mesh), a bronze-lattice work screen whose design was inspired by the Roman Pantheon’s floor with the additional motif of the iconic Bulgari eight-pointed star, the unifying symbol found in all Bulgari boutiques around the world. 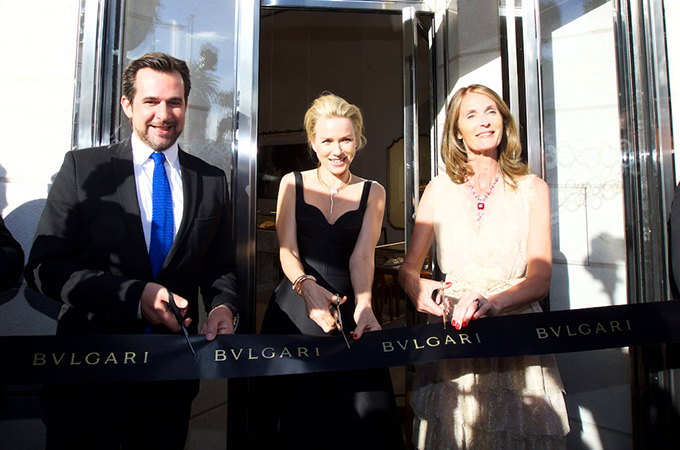 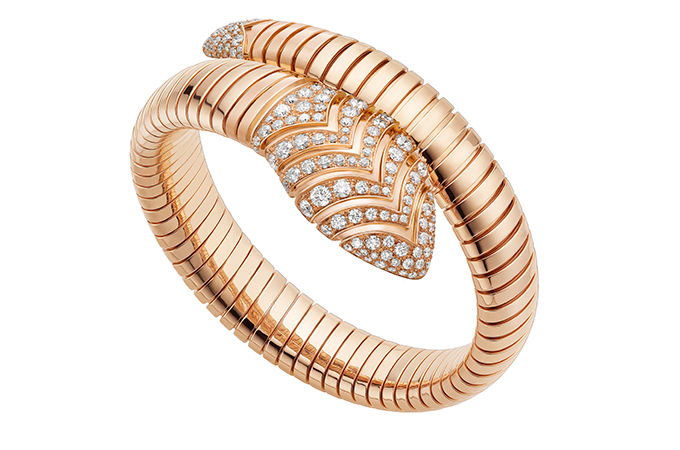 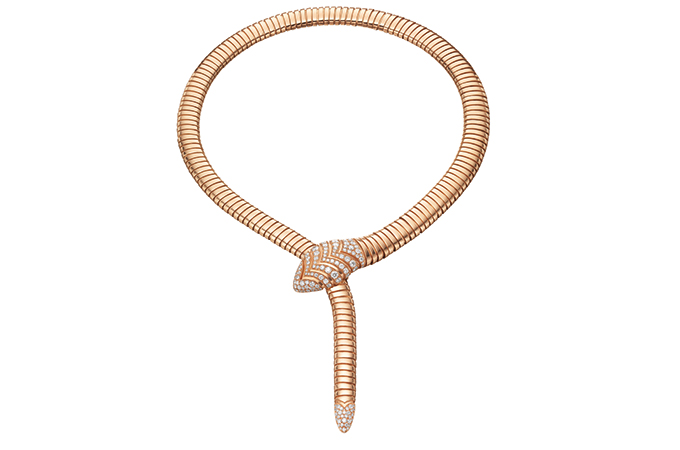