The 2015 Panerai Classic Yachts Challenge season is under way on the island of Antigua, with the international circuit for classic and vintage sailing vessels now in its 11th edition.

Following the season’s 10th anniversary in 2014, the Florentine luxury sports watchmaker Officine Panerai reaffirmed its commitment to the promotion of yachting culture and classing sailing with its 2015 calendar.

Of the nine rounds on the calendar this year, four take place in the US and the Caribbean, one in England and four in the Mediterranean.

The season-opener Antigua Classic Yacht Regatta, which kicked off on April 15, runs until April 21.

The 50 yachts taking part in the 28th edition of the event are divided into Vintage, Classic, Traditional, Classic GRP (classic boats built from fibreglass) and Spirit of Tradition classes.

Four races - Old Road, Butterfly, The Cannon and Windward - are taking place on a mix of coastal and triangular courses in the stretch of sea to the south of the island.

The fleet races range between 20 and 24 nautical miles and were preceded by the 16th edition of the Single Handed Race, in which the competing craft were sailed solo by the skipper with just one other crew member aboard as a safety precaution.

Also for the second consecutive year, Antigua hosted the Kenny Coombs Memorial Trophy, commemorating the late sailor and chairman of the regatta, who passed away in 2013.

The Antigua Yacht Club, where the race briefings and crew hospitality are based, staged a welcome party, concours d’Elegance and a parade of the fleet. The prize-giving ceremony is tomorrow, at Nelson’s Dockyard.

The Antigua regatta offers the many classic and vintage yachts spending the winter and spring seasons in the Caribbean an opportunity to compete before the summer racing calendar commences. Competing at this year’s event are:

• Whitehawk, a 32-m wood-built ketch inspired by the output of the historic American Herreshoff yard.

• The 42-m aluminium ketch Rebecca, designed in 1999 by German Frers and clothed in the sleek overhangs and lines of the great classic yachts of the mid-20th century.

• The 40-m Rainbow, inspired by the historic J-Classes and America’s Cup challenges of the 1930s. Built from aluminium and launched in Holland in 2012, she is a replica of the Starling Burgess-designed J-Class that beat the English challenger Endeavour to victory in the 1934 America’s Cup.

• Sincerity, a stunning 28-m ketch designed and built entirely in Italy in 1928 by Baglietto of Varazze in Liguria. Her interiors feature a former Orient Express cabin, and she has completed numerous passages between the US, Europe and the Mediterranean.

Other entrants include Argyll, Desiderata, The Blue Peter and Vagabundo II, which arrived in the Caribbean after taking part in the Panerai Transat Classique 2015, the 33-m Kairos, the 41-metre gaff schooner Elena and a host of other yachts built between the start of the 20th century and the present day.

Founded in Florence in 1860, for many decades Officine Panerai supplied the Italian Navy with precision instruments. The designs developed by Panerai in that time, including the Luminor and Radiomir, were covered by the Military Secrets Act for many years and were launched on the international market only after the brand was acquired by the Richemont Group in 1997.

Today Officine Panerai develops and crafts its movements and watches at its manufacture in Neuchâtel, Switzerland. The latter are a seamless melding of Italian design flair and history with Swiss horological expertise. Panerai watches are sold across the world through an exclusive network of distributors and Panerai boutiques.

In honour of its historic links to the sea, Officine Panerai has promoted classic sailing culture for many years through its sponsorship of the Panerai Classic Yachts Challenge, the leading international circuit for these vintage craft.

In 2007, the company also acquired and restored the Bermudan ketch Eilean. Built in 1936 by the legendary Fife yard at Fairlie in Scotland, she is now the brand’s ambassador at vintage and classic boat rallies and regattas. 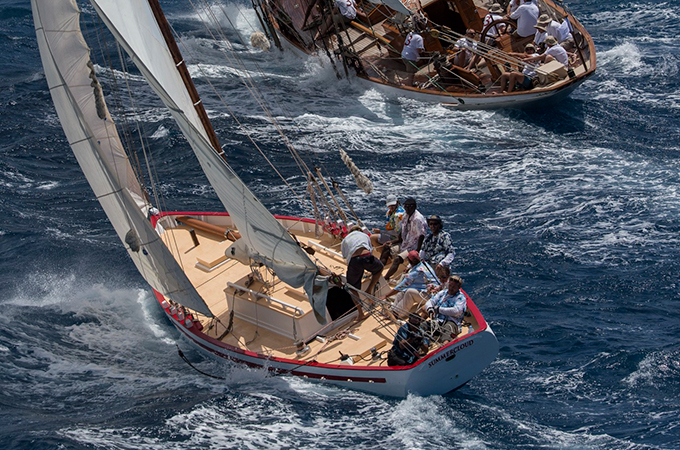 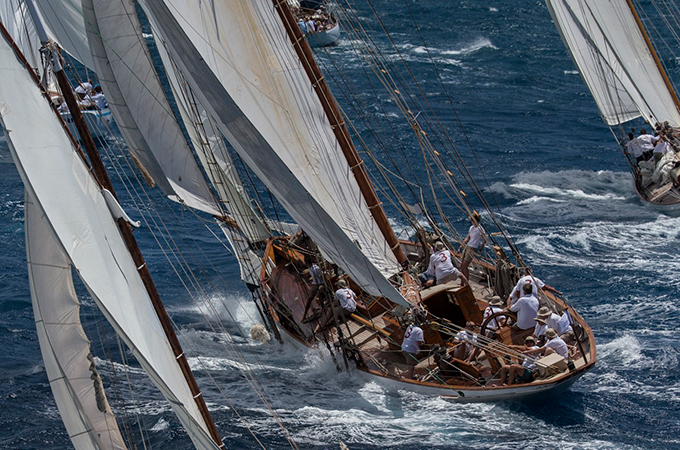