Alcatel One Touch’s stylish new smart watch, which keeps its wearers in the loop about their health, will be rolled out in the Middle East by April.

The smart watch, which was first unveiled at the 2015 Consumer Electronics Show (CES) in Las Vegas, US, in January, is compatible with both Android and iOS smartphones.

Priced at a fraction of the cost of competitors, the smartphone has a series of fine finishes that meet the demands of those looking for the same look and feel as a traditional watch, the company says.

“Our emphasis has been on delivering incredibly wearable design, with an aesthetic quality that integrates perfectly with everyday life, all at the right price point. The smart watch’s design has won a number of awards with premium quality that doesn’t break the bank. We’ve kept things fashion forward while also delivering on innovative features. The UI has been carefully honed and retooled so users in the Middle East can intuitively take the watch’s multifunctional ability to work, gym, and even to sleep,” says Head of Middle East Zied Merichko.

Available in a sporty black and red along with all-white and all-metallic options, the watch has already been feted with a slew of design awards, including Reviewed.com’s Editors’ Choice Best of CES, Stuff magazine’s Wearable Tech Award and Top Pick of CES from Tom’s Guide.

Available in several styles — sporty dark red/volcano black, feminine all-white, classic chrome/dark gray and elegant metal-white — the watch employs materials such as brushed chrome, micro-textured resin bands and white stainless steel. This choice of finishes assures that it will appeal to both men and women.

While offering choice and style, the smart watch also offers multiple fitness functions and connects to Android and iOS smartphones via Bluetooth.

The heart-rate monitor is embedded discretely on the underside of the watch face; there’s also an accelerometer, gyroscope, altimeter and e-compass.

The watch also allows users to track their sleep cycle, distance covered, steps taken and calories burned. To monitor their fitness goals, users can access the activity overview that the watch offers.

When the smartwatch is connected to a smartphone, it sends users call notifications; social media updates and vibrates if users stray too far from their phones.

Touching the screen activates a multimedia remote control. Users can control music, take pictures from their phone from a distance or make their phone ring in order to locate it.

The watch is compatible with a number of Alcatel One Touch smartphones as well as with any phone running on Android 4.3 or above and on iOS 7 or above. It is dust and water-resistant, with a long battery life.

It has a USB charger integrated into its band for simplicity of use.

With beauty and functionality integrated into one device, Alcatel One Touch says the new watch is a smart watch at a smart price, fulfilling its mission of making the latest technology available to all.

Alcatel One Touch is a brand within TCL Communication.

In the Middle East, the watch will be priced in the region of $190. 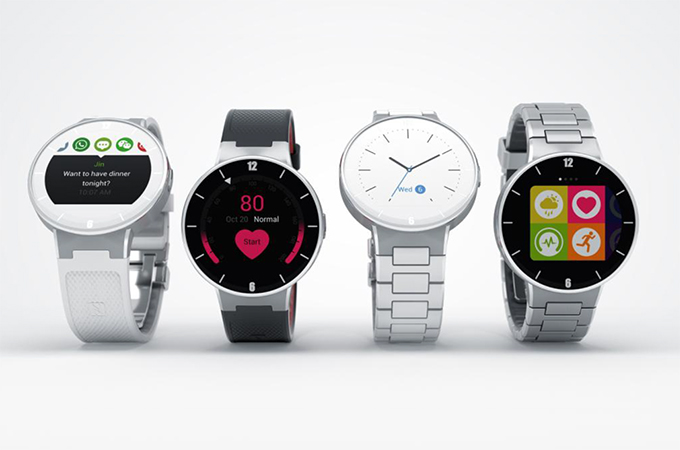 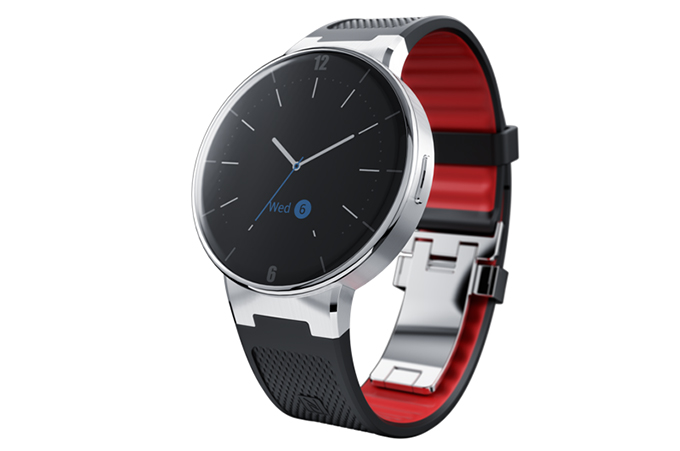