One rarely hears of a story when an article in a magazine inspires someone so much that they find their true calling after leafing through its pages and change the course of their life in an impassioned moment of inspiration.

And yet, this is exactly what happened when 20-year-old fine-arts student Alberto Morilllas sat in the hallowed halls of Ecole des Beaux-Arts with a copy of Vogue and read a story about Jean-Paul Guerlain and his perfumes.

Morillas, now 68, is one the greatest master perfumers in the world, and has given the world iconic and unforgettable fragrances over the last three decades.

“It was reading that article in Vogue that allowed me to discover this universe of perfumery,” he tells Arabian Knight.

Had Morillas not read the article about Guerlain in Vogue or not been inspired enough to find his own special place in the world of perfumery, we would be living in a world without iconic masterpieces such as CK One, Kenzo Flower, Gucci Bloom, Marc Jacobs Daisy and Bulgari Goldea.

Morillas is the refined nose behind all five of these path-breaking perfumes and many more. He has also worked with luxury powerhouses such as Cartier, Giorgio Armani and Yves Saint Laurent on the fragrance front.

“When I’m writing a formula, I can already smell the perfume – it’s like a melody, there is a beginning and an end,” Morillas tells us.

In 1970, fresh out of Ecole des Beaux-Arts, Morillas joined Firmenich, the world’s largest privately owned fragrance and flavour company as a laboratory assistant in the chemistry department, where he studied raw materials, olfactory blends, the fusion of these materials and the different techniques for perfume creation.

In 1975, self-taught Morillas was singled out by the management of Firmenich for his expertise and moved to New York to further work on his training and perfect his craft.

Six years later, he went on to win an award for his first-ever major project – Must de Cartier – the fragrance that stunned the world of perfume and officially launched his career as a perfumer.

Morillas has had a very fruitful career, spanning four decades and receiving numerous awards. In 1988, he was named a ‘Master Perfumer’ at Firmenich; in 2003, he was honoured with the coveted ‘Prix Francois Coty’; and in 2013, Morillas was bestowed ‘Perfumer of the Year Lifetime Achievement’ award by the Fragrance Foundation in recognition of his extraordinary contributions to perfumery.

In 1999, after he was unable to find the subtle fragrances for the interior spaces that met his expectations, Morillas, alongside his wife, launched Mizensir candles, a range heavily scented with his signature – a way to mix wax with a fragrance.

Before creating Mizensir Perfumes, he collaborated on fragrances with internationally acclaimed brands but felt compelled to launch his own collection, offering him complete autonomy over the end-to-end creative process.

Since 2015, the brand has expanded its portfolio, with a foray into the creation of its own unisex perfume line, showcasing over 20 breath-taking scents within its collections. With Mizensir Perfumes, Morillas sought to cultivate his own secret garden of scents, producing more personal creations, combining the finest raw materials with traditional perfume-making techniques.

In the summer of 2013, Morillas opened Mizensir’s first standalone store, which sits at the foot of the old town in Rue Verdaine, Geneva. Nodding to notes of elegance, subtlety and excellence, the brand’s second store, which rests in the village of Megève, France, is a direct representation of Mizensir and its founder. The space is designed using wooden panelling to expertly display all of the brand’s creations.

Mizensir is lauded amongst many fragrance connoisseurs in the region, in part credited to the quality of the brand’s products, but also due to the sophisticated range of Oud fragrances within the collection. In recent years, with the growing perfume market in the Middle East, the love of Oud-based fragrances has reached an all-time high, captivating many with the sweet, woodsy scent.

Morillas visited Dubai earlier this year to officially launch Mizensir in the Middle East region and to introduce his newest, best-selling unisex fragrances.

“The Middle East region has been so important in the evolution of perfumery, since the dawn of civilisation. Apart from Oud, I love using incense and spices like saffron, which give me the emotion of a dreamed Orient.

“More recently, for my brand Mizensir, I developed a rose that I imagine could come from the Orient. The idea came to me during a trip to Dubai. I smelled a man wearing a very special rose. My intention was to create a rose scent but with a greater focus on the thorns and their sharp and spicy notes,” he says.

Interestingly, it is not the preference of a certain kind of smell that drives Morillas to curate new fragrances, but the emotion that is associated with that smell. It’s almost like the great perfumer is telling us that the way to a person’s heart can also be through his or her nose.

A smell is not just a smell, it evokes an emotional response as well. “I don’t think one smell is more beautiful than another. Rather, I always talk about emotions that are associated with smell.

“My preference in perfumes also changes with the season, occasion and the city I am in. I would even say that my preferences can change several times a day.”

As the world’s greatest master perfumer, it would be absurd if Morillas did not have an unusually large and inexplicably expensive collection of perfumes. “I keep all the perfumes I have made. Needless to say, I have quite a collection of bottles now. I also like to collect ancient bottles of fragrance that fascinate me and tell the story of perfumery.

“Other than that, I never buy perfumes for myself. I already have so many projects I’m working on that I have to try!

We have all tried perfumes to help us choose the right fragrance and sometimes choosing the right perfume can be a very confusing exercise.

Morillas gives the following advice: “First of all, you have to free yourself from this pressure when you choose a fragrance. You don’t necessarily choose a fragrance for a lifetime. You choose a perfume at a certain time in your life because it gives you a particular emotion. These emotions are essential for a fragrance because it will be the image you will communicate to people with your perfume trail. And even then, it is very likely that you will change. There are so many flavours to discover that it would be a pity to be satisfied with a choice for the rest of your life.

“My second advice is to try the perfume before buying it, on the forearms. Go for a walk, let the perfume develop for an hour or two.”

Morillas has worked with every conceivable ingredient out there over and over again and yet there is a lot more out there, just waiting to be discovered. “Every year, several hundred million dollars are invested in research and development at places like Firmenich. And every year, we have new molecules at our fingertips and new ingredients that allow us to explore new territories,” he remarks.

It is heartening to see that the astounding success that Morillas experienced has not slowed him down from creating his artistic, path-breaking blends.

“My job as a perfumer is a profession with a great artistic dimension. I studied fine arts because I wanted to paint. I think that’s what I would have done if I didn’t have a successful career in perfumery, but probably not with the same results....” he tells us. 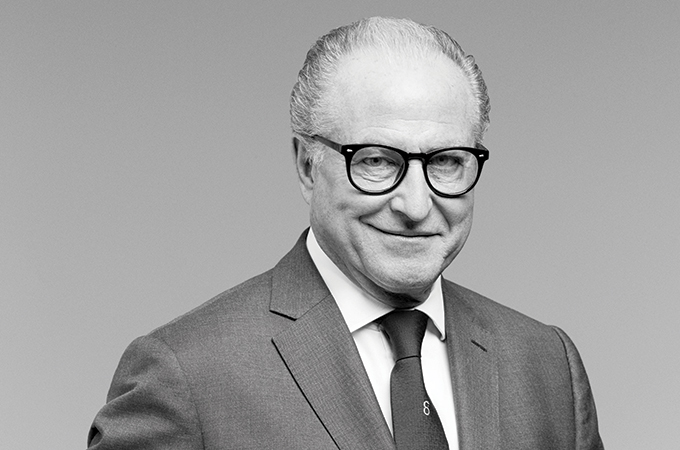 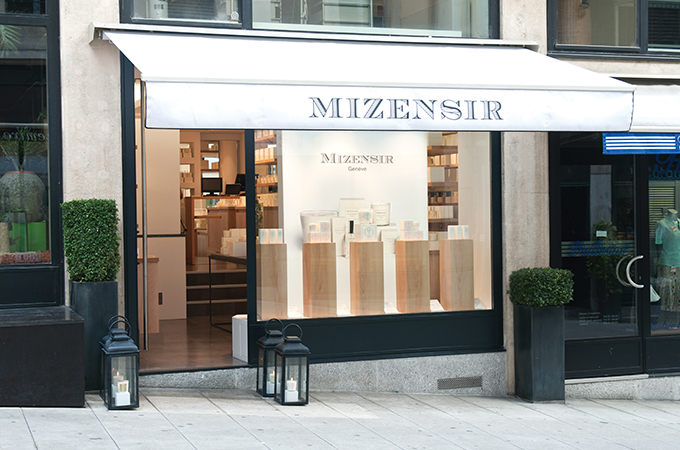 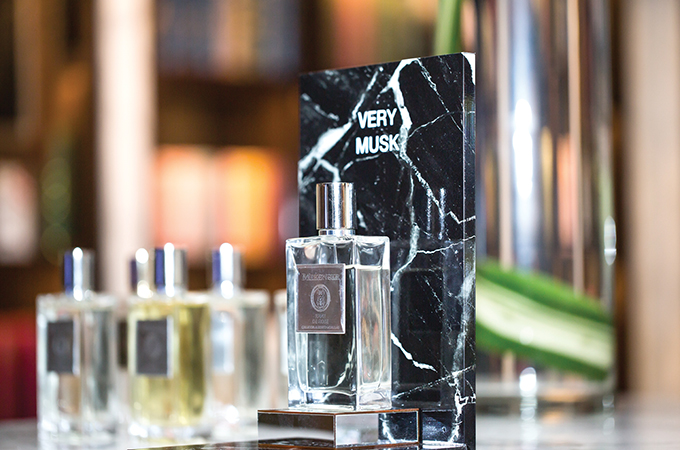 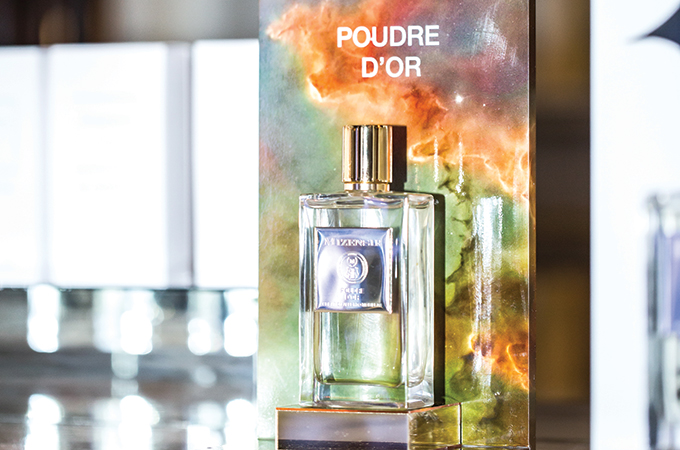 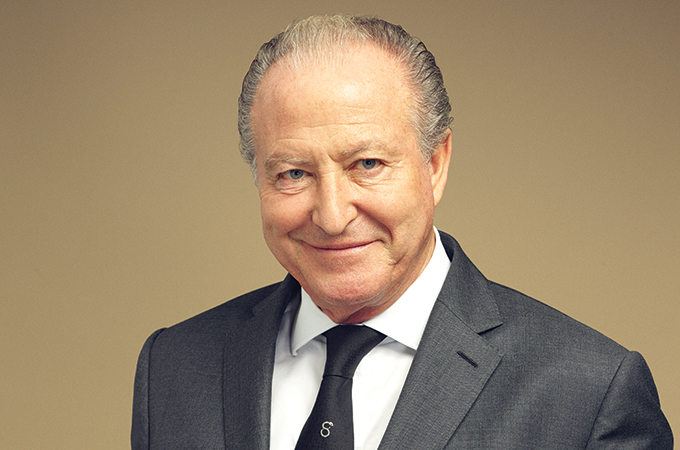 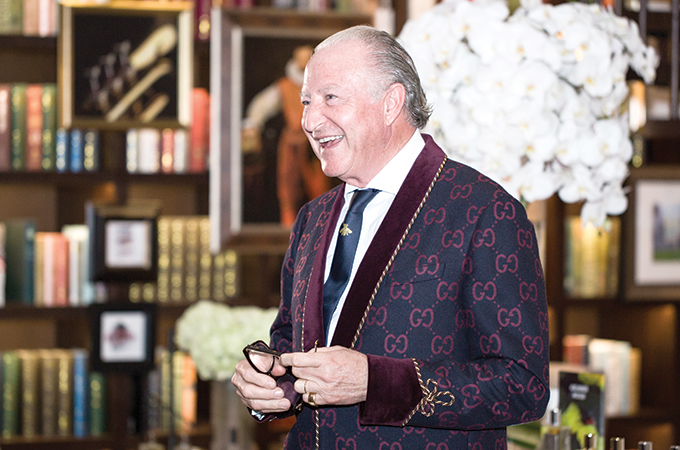 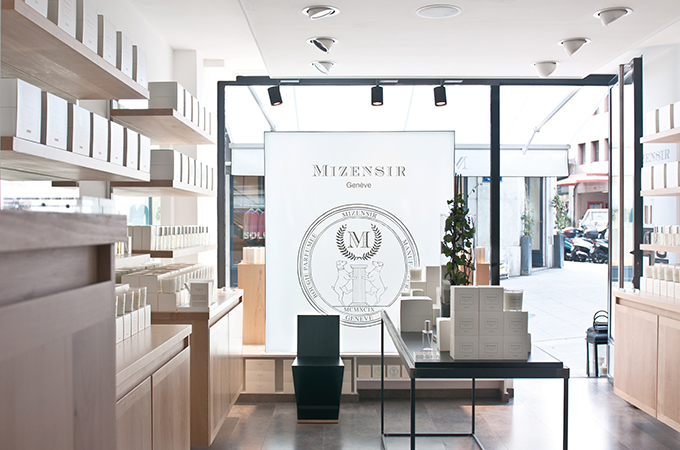 "
Alberto Morillas, one the greatest master perfumers in the world who has given the world iconic fragrances, tells Arabian Knight that a scent is not just a smell, it evokes an emotional response and the way to a person’s heart can also be through the nose.