The Royal Opera House Muscat (ROHM), Oman, has lined up an exiciting 2018–19 season, marking its eighth year of operation with the very finest talent and productions from Oman and abroad.

From September to May, the season offers 40 new programmes and a total of 69 performances. Ticket went on sale yesterday.

With some of the best conductors in the world leading the world’s finest orchestras, the concentration of orchestral talent appearing at ROHM this season is impressive. Among the most famous are Plácido Domingo who will conduct the Orchestra and Chorus of Teatro Massimo di Palermo in Guiseppe Verdi’s blockbuster opera, La Traviata; and Maestro Valery Gergiev who conducts the Orchestra, Chorus and Ballet of Mariinsky Theatre in the opera, Prince Igor as well as in a symphonic concert featuring Stravinsky’s The Firebird and Prokofiev’s Alexander Nevsky.

Gustav Mahler’s renowned Third Symphony will be conducted by Emmanuel Villaume with the Slovak Philharmonic Orchestra and Choir, and the Bratislava Boys Choir.

ROHM’s impressive roster also includes outstanding performers from a new generation of conductors. Marco Armiliato will lead the Orchestra of Ópera de Bilbao and Chorus of Gran Teatre del Liceu in Puccini’s Madama Butterfly; and, Daniele Rustioni, the compelling young Principal Conductor of the Opéra de Lyon, will lead that orchestra in Strauss’ operetta, Eine Nacht in Venedig (A Night in Venice).

ROHM is presenting six outstanding operas by famous composers. From historic epics to comedies, romantic classics and beautiful tragedies from the world repertoire, these great operas cover the range of human passions with spellbinding plots.

Advancing along the road to becoming a production as well as a hosting facility, ROHM presents its own production of Delibes’ Lakmé and a new co-production of Strauss’ Eine Nacht in Venedig.

For the first time, ROHM is presenting an Arab operatic drama, Antar and Abla.

History will be made with the world premiere of an epic Arab ballet, Al Hamama Al Mutawwaqa, The Ring Dove Story.

The stage will be transformed into a real ice rink for Opera on Ice, a spectacular show featuring world class skaters and opera stars.

ROHM’s tremendously popular Omani and Arab programme includes the annual women’s day celebration, the annual military music spectacle, and a wonderful lineup of nine concerts with some of the greatest names in the world of Arab music, such as Wael Kfoury and Kadim AlSahir.

In another first for the ROHM, the Oman World Festival of Folk Music brings a host of exciting folk music groups from Oman and across the globe.

ROHM’s 2018-2019 Education & Outreach programme is presenting new projects, such as From Russia With Love, an exhibition of mementos from the Mariinsky Theatre; and BambinO, a ground breaking creation in music theatre for infants.

“The reputation of the Royal Opera House Muscat for world class standards in quality and excellence has brought the institution firmly into the hearts of many thousands in Oman and around the world over the past seven years and it is with great pleasure that we announce the 2018–19 season, marking ROHM’s eighth year of operation with the very finest talent and productions from Oman and abroad," said Sayyid Kamil Mahmood Al-Said, Member of ROHM’s Board of Directors.

"The Royal Opera House Muscat continues to grow and undertake exciting new initiatives in order to serve the public and further connect the institution to the community. Important initiatives for 2018-19 include a new ticketing platform, low and uniform pricing schemes, guaranteed seats for outdoor events, a new refund policy, and a more efficient system for company block booking," he said. 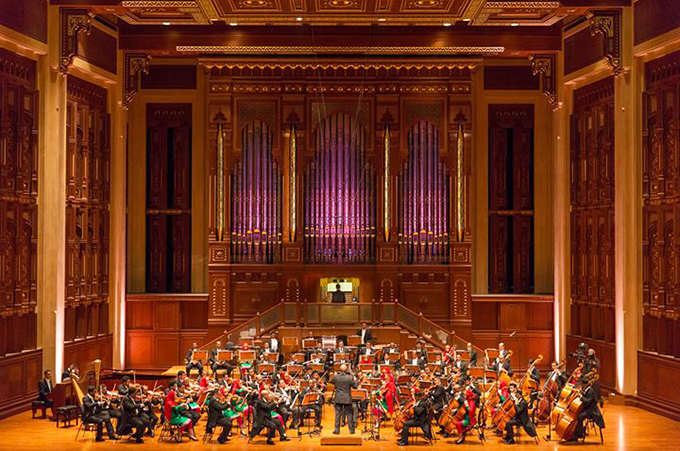