The celebrity nine-hole golf match was held yesterday and followed on from the main event at the Omega European Masters in Crans-Montana.

The talented celebrities were split into four teams of two.

Participants competed in a “best ball scramble” format with Par as their friend (meaning that Par will be the maximum score on each hole) and the team with the most birdies crowned champions.

All players competed for their own selected charities with Omega making donations on their behalf.

At the event, Phelps played on behalf of the Michael Phelps Foundation, while Monaghan supported the US charity Baby 2 Baby. 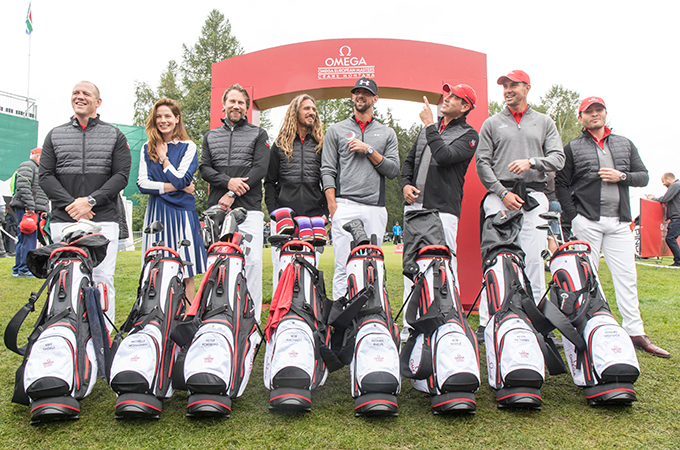 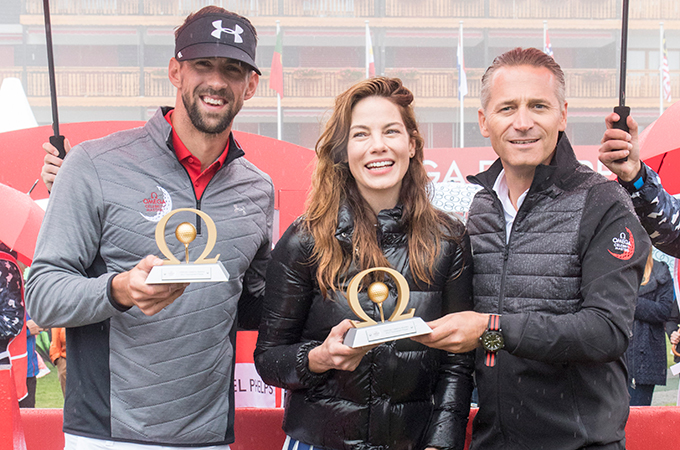 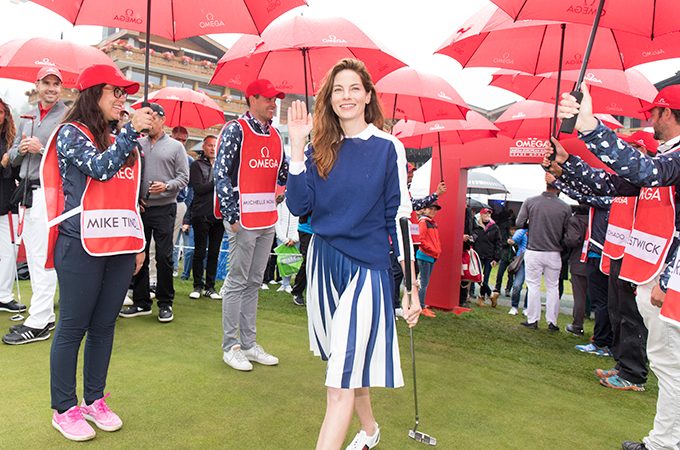