Swiss watchmaker Omega has been showcasing new technology at the 17th Fina World Championships currently under way in Budapest.

As the event’s timekeeper, the prestigious watchmaker is bringing its long experience in timekeeping and data handling to the competition, ensuring precision that is worthy of the world's greatest aquatic athletes.

In open water swimming, held at beautiful Lake Balaton, Omega introduced new technology to heighten the excitement for spectators back on shore. The timekeeping team had two buoys at their disposal which placed at two selected points around the open water course.

Each buoy contained an antenna which picked up signals from special transponders that each swimmer wore on their wrists. As the swimmers passed the buoys, their intermediate times were sent back to the timekeepers displayed the times for spectators on the scoreboards.

The system gave viewers a full understanding of the race as it happened and help bring the action to life.

Alain Zobrist, the CEO of Omega Timing, said the new technology has made the sport a lot easier to follow.

The new technology works in tandem with Omega’s Open Water Gate which has been used in competition for the past several years. When the athlete touches the gate at the finish of a race, their transponder registers the impact and their time is stopped for a truly accurate result.

Fina World Championships are the premiere event on the swimming governing body`s calendar. The largest sporting showcase that Hungary has ever hosted, the championships opened on July 17 and runs until July 30. 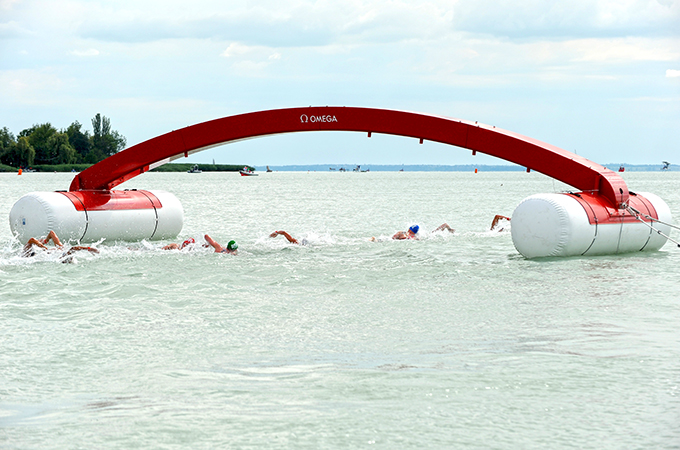 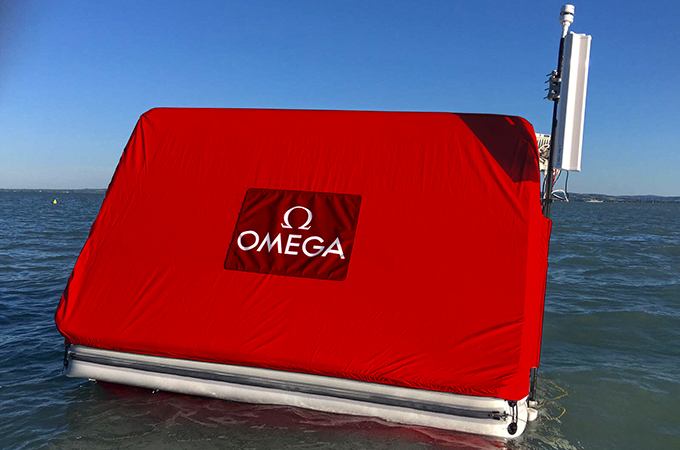 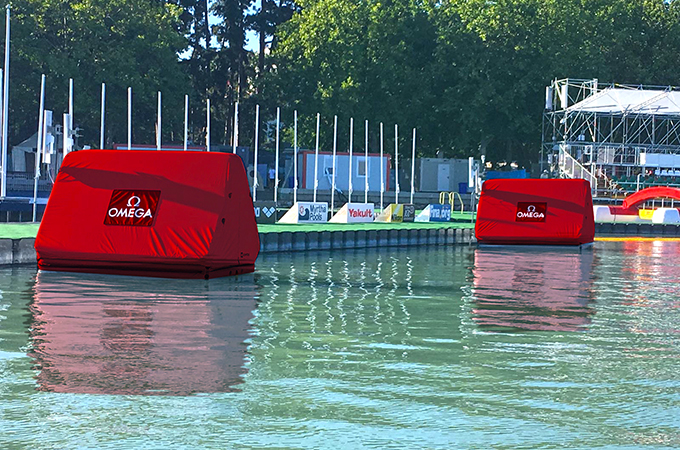