Longines celebrated English sartorial elegance at the 2017 Royal Meeting at Ascot, welcoming its Ambassador of Elegance and alpine skiing champion Aksel Lund Svindal to the event.

The Swiss watch brand was the official timekeeper and watch of this prestigious horse racing event, which ran from June 20 to 24.

This year’s Royal Ascot was marked by three race records in The Queen Anne Stakes, The Coventry Skates and The St James’s Palace Stakes.

On the first day, the owners of Lady Aurelia, the winning horse The King’s Stand Stakes, received an elegant Longines watch from The Duke and Duchess of Cambridge.

Longines Vice President and Head of International Marketing Juan-Carlos Capelli presented a watch to Stevie Donohoe, the winning jockey of The Coventry Stakes.

Owner, trainer and lad of Rajasinghe, the winning horse of this race, were rewarded with refined Longines watches as well.

Longines, which celebrated last year the ten-year anniversary of its partnership with Ascot, is the official timekeeper and watch and official partner of Royal Ascot, with the brand having enhanced on course presence including a branded chronometer close to the winning post.

At the event, the Swiss watchmaker also presented new models from the Longines Master Collection, displaying a sunray blue dial. These fashionable chromatic variations are perfectly in line with the classic and understated spirit of this collection and come in several diameters, so that men and women can find the watch best suited to their wrist.

Longines’ passion for equestrian sport dates back to 1878, when it produced a chronograph engraved with a jockey and his mount. Seen on the racetracks as early as 1881 and extremely popular among jockeys and horse-lovers, this model enabled its user to time performances to the seconds. In 1912 already the company partnered for the first time with an international show jumping competition. Today Longines’ involvement in equestrian sports includes show-jumping, flat racing, driving, dressage and eventing competitions. 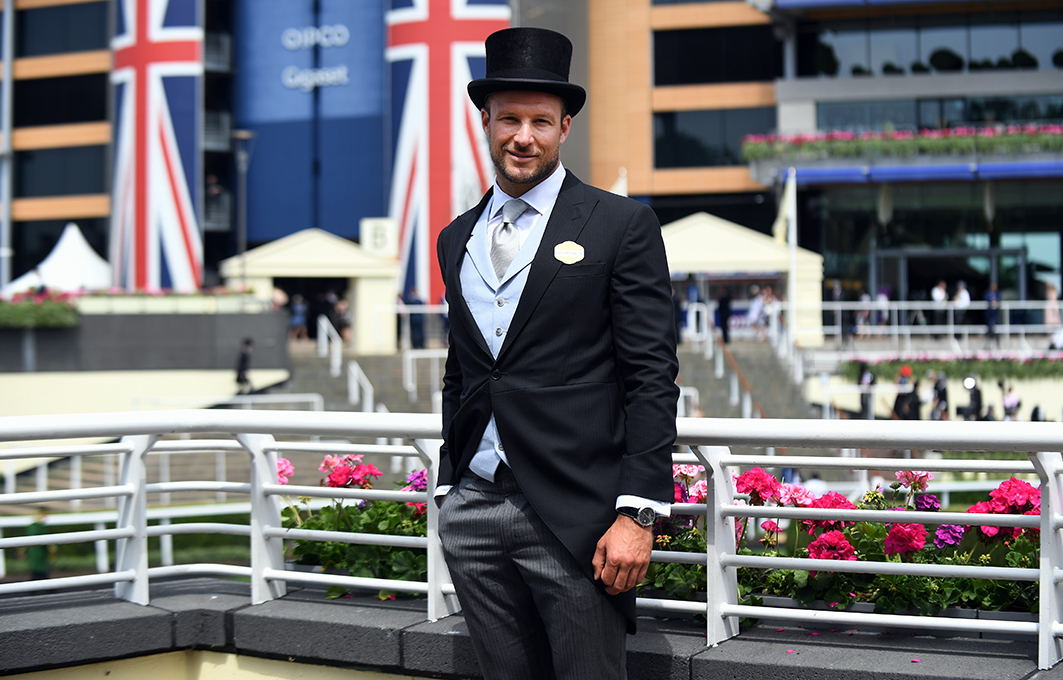 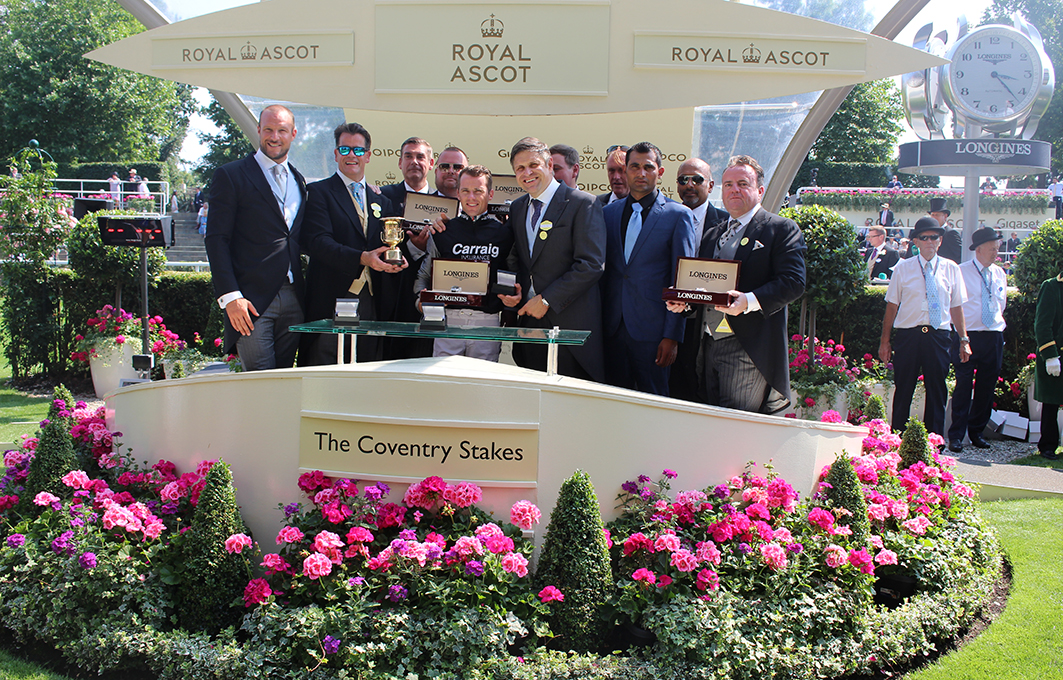 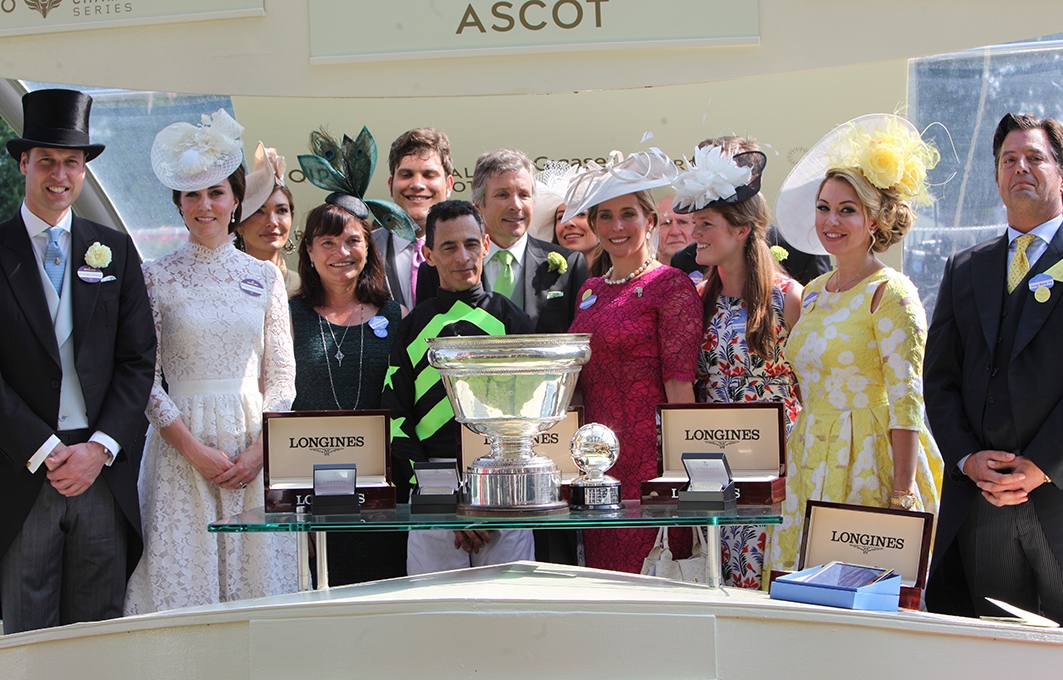 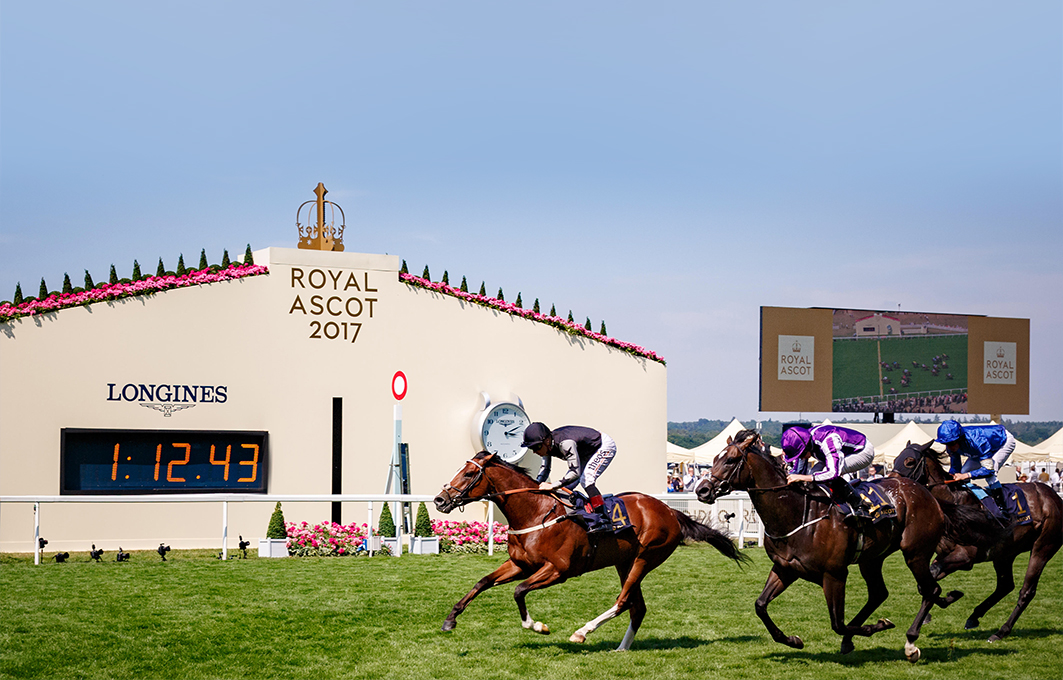