Many of the world’s best golfers, including Omega brand ambassador Sergio Garcia, Tiger Woods, Henrik Stenson and defending champion Danny Willett, are set to tee off at the Omega Dubai Desert Classic in Dubai, UAE.

Dubbed the ‘Major of the Middle East’, the final stop on the European Tour’s three-legged Desert Swing follows on from the Abu Dhabi HSBC Championship and the Qatar Masters. The tournament’s prize money stands at $2.65 million.

The tournament begins on the Majlis course at the Emirates Golf Club on Thursday, February 2 and continues until Sunday, February 5.

For more than 25 years, this tournament has been a celebration of golfing excellence and Omega has been its title sponsor since 2010.

Omega President and CEO Raynald Aeschlimann said: “The Omega Dubai Desert Classic is like no other event on the golfing calendar. It's easy to see why top ranking golfers from all over the world are drawn to this beautiful course and this vibrant city. We know this event will go from strength to strength.”

Though world No 2 Rory McIlroy Rory McIlroy, who won the competition in 2009 and 2015, will not be able to attend the event due to injury, Omega is confident that fellow ambassador Sergio Garcia, one of the most popular golfers in the world, will be a force to reckon with on the Majlis course.

The Swiss watch brand’s title sponsorship of leading golf tournaments has been a part of the luxury brand's dedication to upholding the elegance and mastery of the game of golf, while also helping to encourage its global growth and appeal.

Along with the championship trophy and cheque, the winner of the event will be presented with a luxurious Omega Seamaster Aqua Terra 150M Master Co-Axial.

The watch is an elegant timepiece that embodies a visionary design and sophisticated air. It features an 18-karat red gold case, brown leather strap, and 18-karat red gold hands and indexes that are coated with white Super-LumiNova, so the watch is readable in all lighting conditions.

The movement powering the Aqua Terra – the Omega Master Co-Axial calibre 8501 – boasts reliability and precision, as well as the ability to resist strong magnetic fields of 15,000 gauss.

Other stunning features include a lacquered dial decorated with the Aqua Terra’s renowned teak concept pattern, and a date window positioned at 3 o’clock.

Any golfer, who, with incredible precision and just a bit of luck, scores the first hole-in-one on the 7th hole at the game will be rewarded with an Omega Seamaster Aqua Terra 150M Master Co-Axial. The stunning wristwatch features an 18-karat red gold and stainless steel case and a brown leather strap. Equipped with Omega’s exclusive Master Co-Axial calibre 8500, it is water resistant to 15 bar (150 m/500 ft). 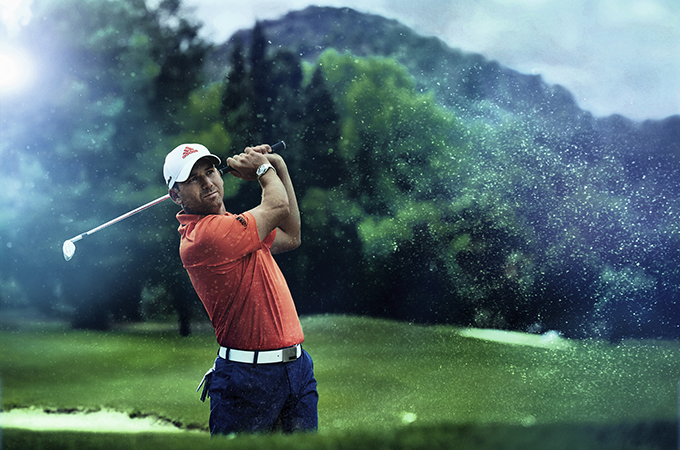 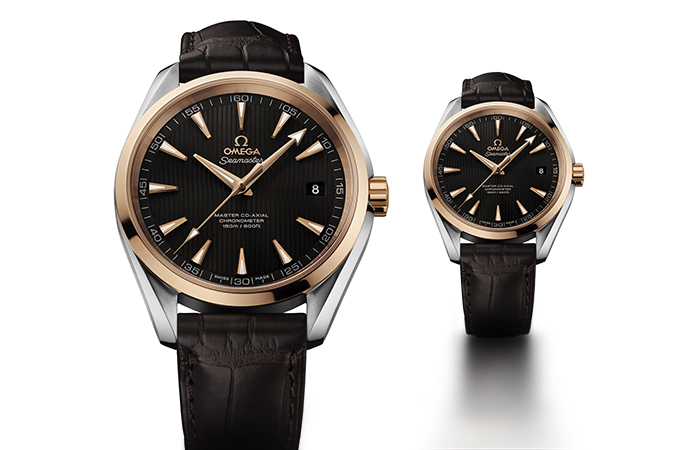 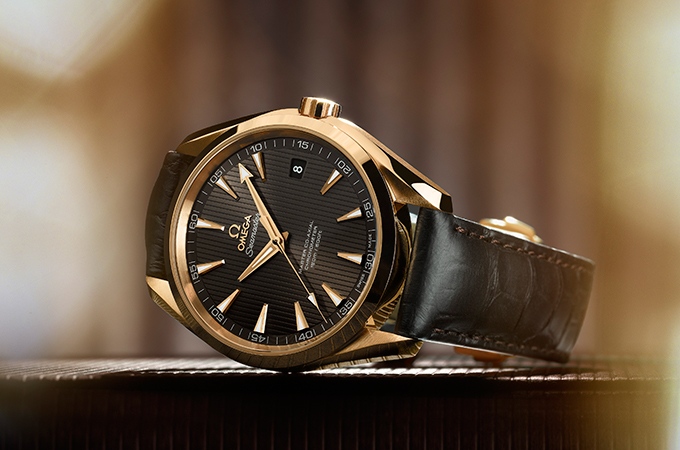 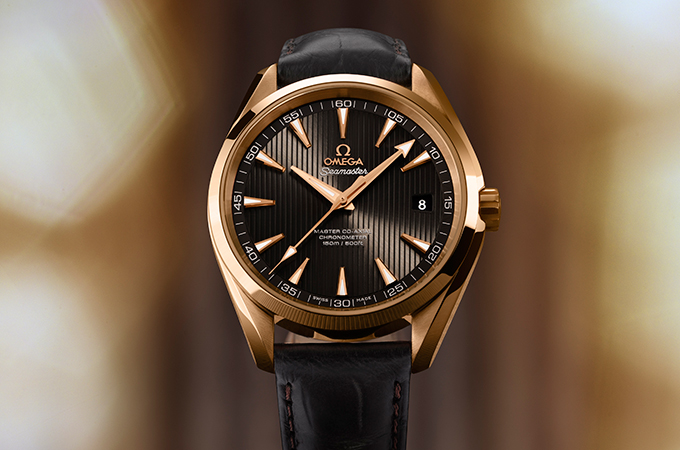 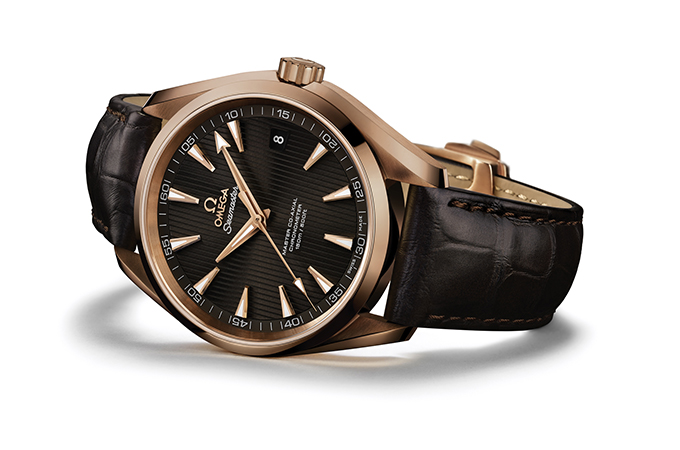