Porsche and Chopard are in high spirits following last week’s Six Hours of Bahrain race, when Porche Motorsport’s drivers made it to the podium for the first time in the 2014 series of the World Endurance Championship (WEC).

The penultimate race of the eight-series season was held at the Bahrain International Circuit (BIC) in Sakhir on November 15 and was won by Toyota with Porsche taking second and third spots.

The WEC is a new world endurance championship held by the Automobile Club de l’Ouest (ACO) under the auspices of the Fédération Internationale de l'Automobile (FIA).

Its rules are the same as those in the 24 Hours of Le Mans for LMP and GTE vehicles and Porsche has been racing four factory cars – two 919 Hybrids in the top LMP1 category and two 911 RSRs in the GTE Pro class – at the series.

At the Bahrain race, for the first time this year, both 919 Hybrid crews were part of the podium ceremony, with the car driven Romain Dumas (France), Neel Jani (Switzerland) and Marc Lieb (Germany) finishing second, and the sister car driven by Timo Bernhard (Germany), Brendon Hartley (New Zealand) and Mark Webber (Australia) immediately behind them in third place.

Swiss luxury watch and jewellery manufacturer Chopard has been Porsche Motorsport’s official timing partner since the start of this season, and has been keenly following the Porsche teams’ performance.

Speaking to Arabian Knight in Geneva, Chopard Co-President Karl-Friedrich Scheufele said he was delighted by the breakthrough and was looking forward to more success at the final race of the season in Sao Paulo, Brazil, on November 30.

Chopard, he says, takes great pride in its partnership with Porsche Motorsport for their return to the WEC series this season.

“Porsche stands for passion and performance – values we can fully identify with and we are proud to be part of their return to the FIA World Endurance series,” he said.

“United by shared values such as the constant quest for performance and excellence, Porsche Motorsport and Chopard naturally gravitated towards each other around their passion for racing. Born of a joint desire to pursue reliability and innovation, the exceptional mechanics emerging from the Porsche Motorsport and Chopard workshops have significantly influenced their respective fields and remain benchmarks for aficionados of motorsports and watchmaking.”

Limited to 919 pieces, the watch is inspired by the new 919 Hybrid, which made its debut at the start of the WEC season, and reflects the innovative spirit and common values that thrive in both companies.

Certified by the Contrôle Officiel Suisse des Chronomètres (COSC) the sophisticated flyback chronograph with its 45 mm-diameter case beats to the pace of a mechanical Chopard 03.05-M calibre.

Its ‘engine’ and its oscillating weight can be admired through a sapphire crystal case-back, which is engraved with the inscription ’Official Timing Partner Porsche Motorsport’.

The stripes on the dial evoke the racing car’s rear diffuser. Likewise, the “919” appearing in a red rectangle inside a 9 o’clock sub-dial is identical to the number of the Porsche racing cars. Finally, the rubber strap is inspired by slick tyres serving to negotiate bends at extremely high speeds.

Costing around $12,500, watch number 51 of this exclusive edition is now on display at Chopard’s stand at the prestigious Jewellery Arabia exhibition in Bahrain.

Currently under way the Bahrain International Exhibition and Conference (BIECC) until Saturday, the show is open to the public from 4 pm until 10 pm, except the final day when it opens at noon.

An exceptional driver and longstanding Chopard ambassador, Ickx won the legendary 24 Hours of Le Mans race in France six times between 1969 and 1983, four of which were behind the wheel of a Porsche! 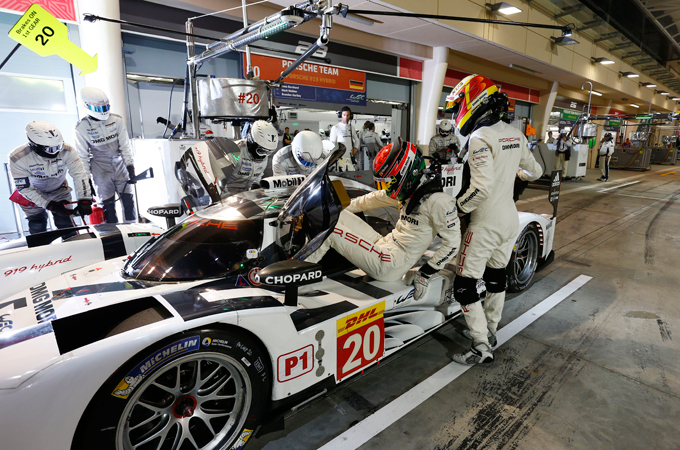 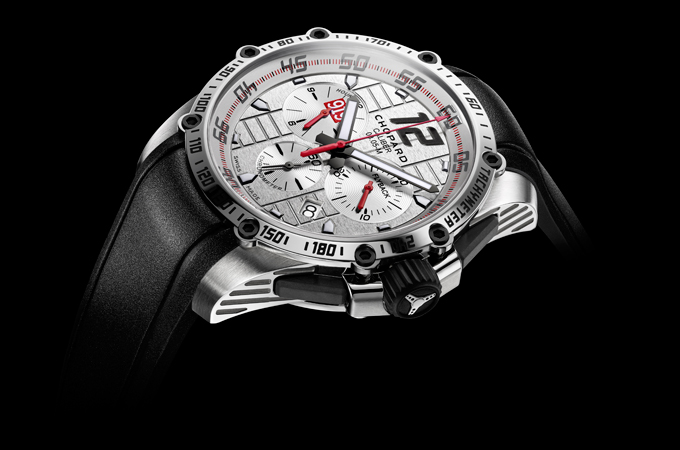 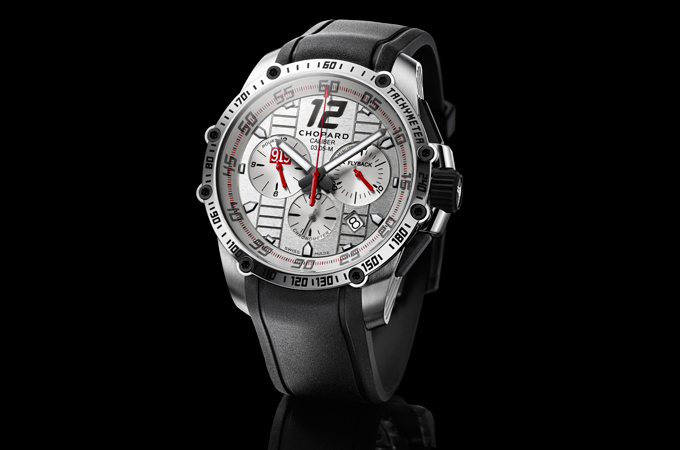 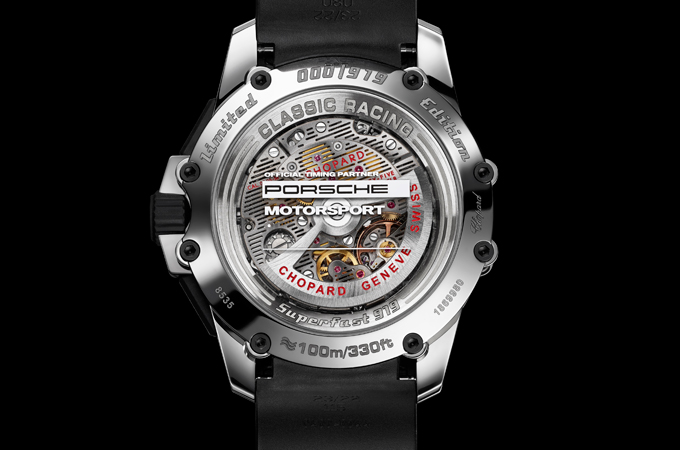