A giant white truffle weighing in at 580 grams and worth a little over $35,000 is being served out to discerning diners at a restaurant in the UAE capital.

Roberto’s Abu Dhabi, the newly opened Italian restaurant on Al Maryah Island, claims to have broken the GCC record with the massive white truffle, which was bought by the venue’s chef Francesco Guarracino.

The “trifola” lay hidden below an old oak tree in the rolling hills of Sienna in Tuscany, before being sniffed out by Bella, a skilled truffle-hunting dog.

The truffle was brought to its new home by “Truffle Man” Massimo Vidoni, the founder and CEO of ItalTouch.

“As Italians, we are proud to come from the land of white truffle, a rare gem, a truly unique and noble ingredient, that Mother Nature offers only with parsimony. It is so unique that each dish must be elaborated in respect with its rustic flavor of roasted sunflower seeds or walnuts, preferably using creamy textures and non-intrusive tastes, so it remains the star on the plate,” Guarracino says.

With the help of Two-Michelin Star Chef Enrico Bartolini, Roberto’s Abu Dhabi has developed a very special truffle menu, in which the massive truffle will be served out over the next two weeks. 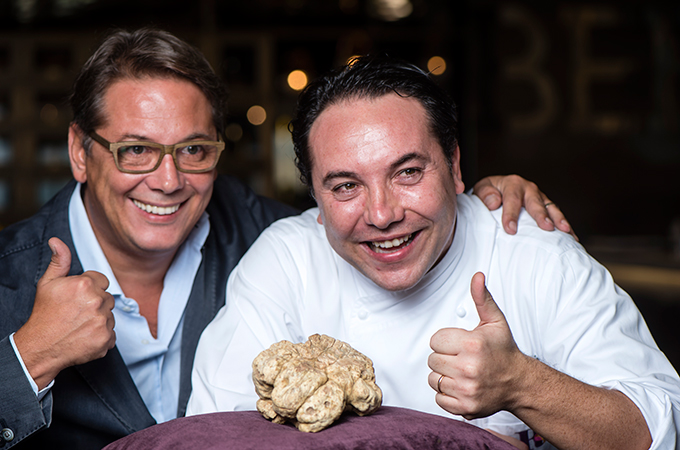 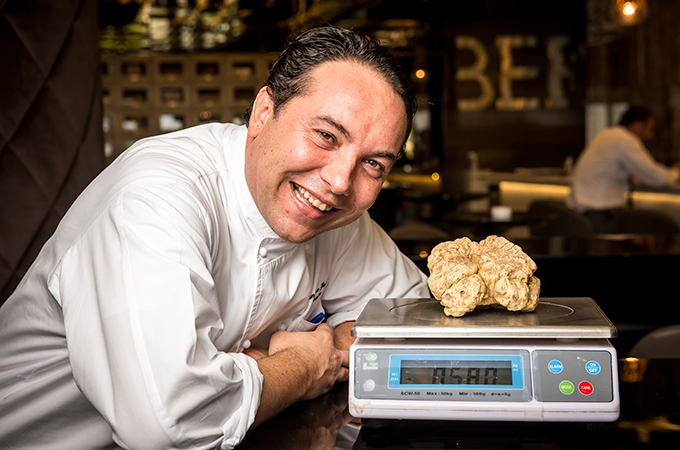