Lifestyle
Shop till you drop

Milan, the fashion capital of Italy and one of the four major luxury destinations in the world, is raising its game to be the city of choice for high-flying shoppers with a taste for the good life.

While the city competes with Paris, London and New York as a luxury destination, it also has its own special ways of attracting the rich and famous, one of which is its annual La Vendemmia festival.

This year’s festival saw connoisseurs of fashion and fine dining from across the world throng Via MonteNapoleone and its adjoining streets as the La Vendemmia opened its seventh edition.

The festival is centred around an area locally known as il quadrilatero della moda (the quadrilateral of luxury), which encompasses Milan’s premier luxury shopping street Via MonteNapoleone and its branches Via Verri, Via Sant’Andrea, Via Santo Spirito, Via Borgospesso and, this year, also via Bagutta.

La Vendemmia kicked off the city’s Fall-Winter shopping season and was organised by the Associazione MonteNapoleone, which represents 140 luxury brands. German luxury carmaker Audi was the festival’s main sponsor.

Associazione MonteNapoleone President Guglielmo Miani tells Arabian Knight that La Vendemmia highlights a high-quality, cultural and entrepreneurial Italian way of life. The objective, he points out, is to create a unique, haute couture experience for foreigners that encompasses a luxury Italian lifestyle.

“The festival is targeted at the affluent shoppers who have discerning tastes in fashion and luxury brands and exclusive products designed for MonteNapoleone stores. Clients can also sample and purchase the best wines, making it a unique experience,” he adds.

La Vendemmia saw top luxury brands jostle for space and customers in the prestigious precinct, which is home for one of the largest concentration of luxury outlets in the world.   Customers, business associates and high-flying shoppers were entertained by 140 shops, many of which showcased new collections.

Milan’s fancy restaurants too got into the game, offering special La Vendemmia menus throughout the week while five-star hotels offered special packages that gave VIP access to the week’s events.

Wealthy shoppers were waited on hand by personal sales assistants and their purchases were delivered directly to their door. VIP guests were also offered winery tours and the chance to participate in a truffle hunt in Alba, a town famous for its white truffle.

Miani says that many brands bring out special creations just for the festival. “Of course, there is also the experience of living the Italian lifestyle, with our food, wine and fine dining. Our clients come looking for the latest collections, and the goods offered by these shops can’t be bought anywhere else.”

Miani says La Vendemmia has been growing in size and stature and is now one of Milan’s most eagerly-awaited events. “We have so much to offer in terms of content and experience,” he adds.

Speaking on the Italian city’s advantages compared to the other luxury destinations, he says that while Milan competes with Paris, London and New York, it is smaller, making events such as these easier to organise and much more intimate.

Miani dismisses any suggestion of a downturn in the luxury market. “It is growing and Milan specifically is experiencing strong double-digit growth in terms of sales.”

The majority of Milan’s overseas shoppers hail from China, Russia, the US and the Middle East, and new direct flights to Milan from the Gulf and China are expected to further boost visitor arrivals. Associazione MonteNapoleone also has a VIP service which can offer bespoke shopping experiences, right from the minute a guest steps off the plane. “If it’s legal, we’ll do it,” Miani says with a smile. 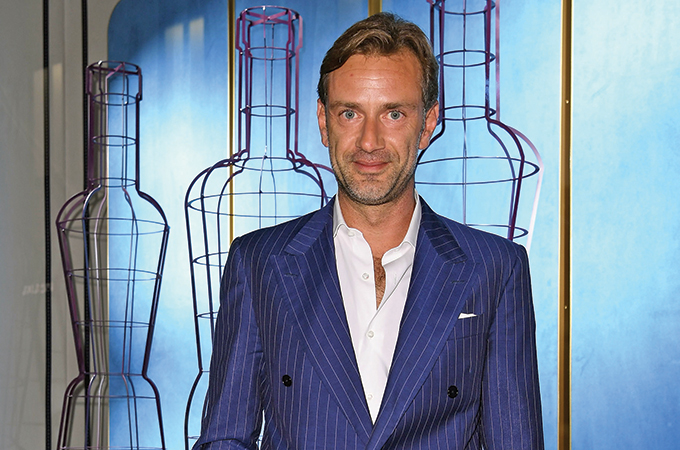 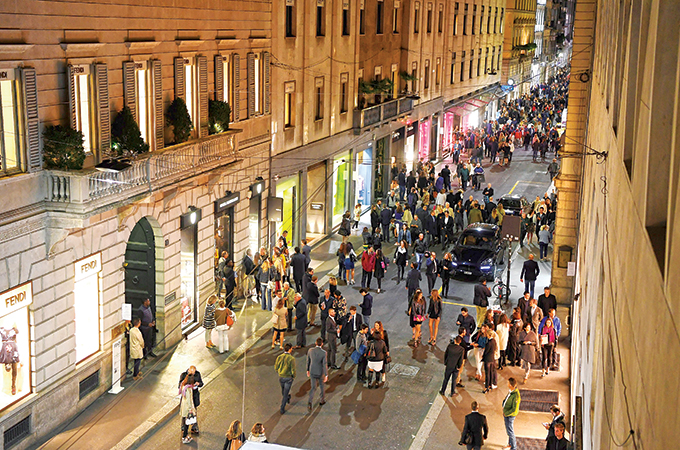 "
La Vendemmia highlights a high-quality, cultural and entrepreneurial Italian way of life. The objective is to create a unique, haute couture experience for foreigners that encompasses a luxury Italian lifestyle