An ultra-luxury audio system that is sheer music to one’s ears and costs in excess of half a million dollars is being shown off to VIPs at the Monaco Yacht Show.

Billed as the world’s first “psycho-acoustic” audio system, the Askja Origin was created by Didier Kwak, a Swiss engineer and inventor. Each system is handcrafted in Switzerland and can be custom finished as desired.

Kwak is best known for his visual effects work and collaboration with film director Luc Besson on the The Fifth Element.

He created Askja to address the “lack of the performance of all other systems, and to marry exquisite sound with art”.

Didier designed Askja Origin with some of the world’s most sophisticated designers and engineers, with his first stop in the Formula One world.

Having identified similar patterns between air expulsion in a loud-speaker and air penetration of a race car at 300 kmph, Didier struck a partnership with Swiss Fibertec, a specialist in high quality carbon work pieces manufacturing and high precision moulds for applications like motor sport, aerospace and defence.

For two years, in both Paris and Switzerland, Didier worked closely with Swiss Fibertec’s Elmar Jaeger, the man who designed two of Michael Schumacher’s winning Ferraris, to blend psycho-acoustics, fluid mechanics and aerodynamic science into the system.

“We’ve created the opposite of most mainstream audio systems: a highest-efficiency system, a totally original solution, completely distinctive from anything the listener has ever experienced before,” said Kwak. “Listeners are simply immersed in a vivid, lifelike presentation of a live musical performance.”

From replicating all the harmonics of a guitar string, to faithfully replicating sound “decay” and, extraordinarily, even replicating true silence, the system’s enclosures are the result of complex aerodynamic designs which ensure that sound waves flow through and “bounce off” without creating vibration – with the final result being 24,000 times more sound-efficient than wood, he says.

“The Origin system’s visual presence is one-of-a-kind, with lines and design elements only shared with fine sculptures and works of art, each selected to complement and contribute to the home’s refined décor,” continued Kwak. “Askja Origin simply transcends music the way haute couture transcends fashion.”

For those who wish to own one, the Askja Origin costs €555,000 ($623,000) plus taxes and for that price you get to choose what colour you would like your system to be. Custom finishes will cost more.

The 2016 Monaco Yacht Show is being held in Port Hercules and runs until October 1. 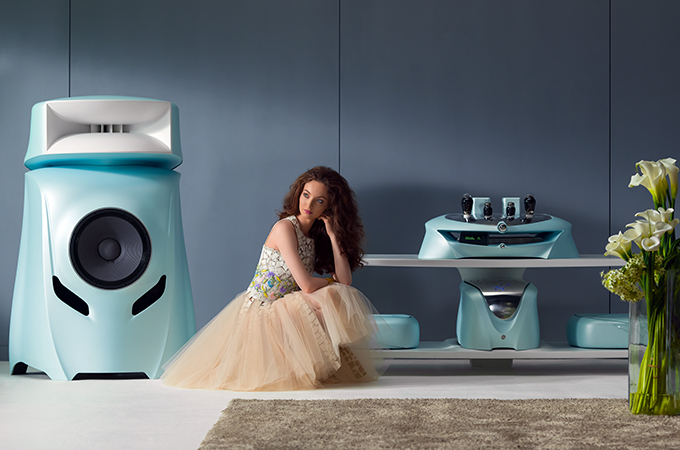 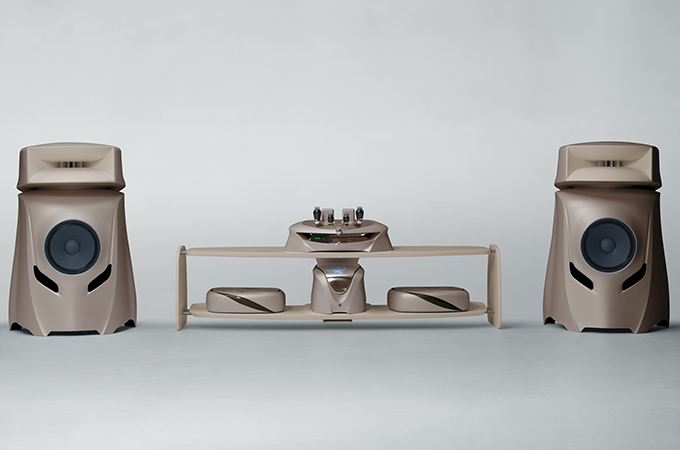