Less than 6,000 tickets are remaining for the last race on the Formula 1 calendar which will be held in Abu Dhabi, UAE, later this month.

Of this year’s largest ever allocation of 60,000 tickets – an increase of 5,000 on last year’s weekend – there are less than 10 per cent remaining for the Formula 1 Etihad Airways Abu Dhabi Grand Prix, which will be held at the Yas Marina Circuit.

The circuit reports that tickets for the Paddock Club, Abu Dhabi Hill, Main and West Grandstands have been sold out while the remaining tickets for the Grandstand in North, South and Marina as well as in new products such as Marina Boxes and the Grand Prix Brunch are fast selling out.

Following the weekend’s racing at the US Grand Prix in Austin, Texas, the F1 championship battle between the two Mercedes drivers Lewis Hamilton and Nico Rosberg remains unresolved.

With an unprecedented double points available for the Abu Dhabi race, the two will go head to head in a showdown at the final race on November 23.

In addition to the motorsports action, superstar DJ Armin Van Buuren, pop star Pharrell Williams and legendary live performers The Who will entertain the crowds in after-race concerts.

“This year, the appetite for F1 tickets has been unprecedented,” said Al Tareq Al Ameri, CEO of Yas Marina Circuit. “With the F1 Driver’s Championship coming down to the last race at Yas Marina Circuit, as well as the incredible entertainment we have lined up, it won’t be much longer until we sell out.

“Those wishing to join us for what promises to be the biggest and best F1 event yet should purchase today before it’s too late. Don’t miss out on your chance to enjoy this fantastic racing and entertainment spectacle.” 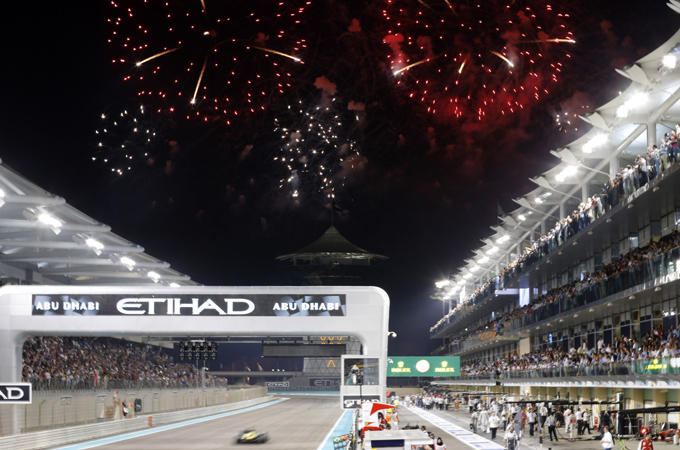