An award-winning Peruvian restaurant brand is to open its doors in Dubai, UAE, further enhancing the city’s reputation as one of the best fine dining destinations in the world.

Coya Dubai is set to open before the end of the year at the Four Seasons Resort on Jumeirah Beach Road.

Coya’s flagship restaurant in London, UK, opened two years ago and rapidly made a name for itself with its sensational cuisine. Now, the brand is now going international with the launch of restaurants in Dubai and Miami in the US.

The Dubai venue will act as a cultural gateway to the Andes, creating an experience that is multi-dimensional, multi-sensory and unique to the culinary scene of the UAE, according to Coya.

“The Peruvian journey begins from the moment guests step foot into the lobby of Coya Dubai,” says a spokesman for the restaurant.

“From here, it only gets better. Leaving the lobby, which is softly lit by a chandelier accented with antique Incan gilding, guests are greeted by the colourful destination bar filled with trinkets and traditional mud-‘botija’-lined walls with a truly authentic, rustic flair.

“The bar then leads into an impressive corridor where the walls are adorned with an extensive collection of bottles and colonial embellishments. The end of the passageway opens into the impressive, two-part, restaurant with the option to venture out to a terrace; while the interior is decorated with painted murals and rich Incan palettes against modern, metallic finishes.”

The 8,500-sq-ft restaurant with 189 seats was designed by the London-based Sagrada, who was part of the design team at Coya London. Each and every piece of furniture has been hand-selected; from the crushed, velvet-textured chairs to the valuable, historic art, said to be specially released by the Peruvian government for the restaurant; and earthenware objets d’art in the cosy alcoves.

“Bringing a touch of colonial South America to life with its artistic décor, Coya exudes edgy elegance at each turn,” he says.

Coya will offer a varied, fusion menu that keeps traditional elements of Peruvian cooking alive while creating a contemporary cuisine, owing its dynamic flavour to a rich, culinary heritage that is deliciously diverse. Japan, Africa, Spain and China are just a few of the countries that have helped to season Peruvian cuisine as it stands today.

The Pisco Bar and Lounge offerings include the largest infused pisco selection in a variety of flavours as well as international beverages and mocktails.

Coyda Duibai will offer a schedule of music and cultural entertainment, “setting the rhythm for an unmistakably South American ambience”.

Coya Dubai is a sister property of the famous Zuma and La Petite Maison restaurants which are located in the Dubai International Financial Centre (DIFC).

Coya’s flagship restaurant opened in London in November, 2012 and this year won the prestigious title ‘Best Restaurant of the Year’ at the London Lifestyle Awards. 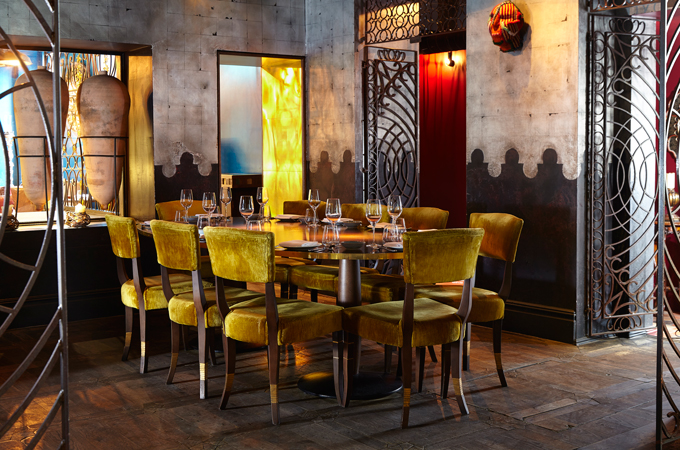