A collection of three four-bedroom suites occupying the entire floor each on a magnificent London skyscraper currently under construction is being offered to wealthy investors in the Gulf.

Known as the Royal Collection, the three suites are located up the upper levels of One Blackfriars, a 50-storey tower which is rising on the South Bank of the UK capital.

The 170-m-high tower is being developed by St George of the Berkeley Group. Offering a total of 274 new homes, a boutique-style hotel of 161 rooms, retail outlets and an executive lounge on the 32nd floor, the tower will open in spring 2018.

Owners of The Royal Collection - located on the 43rd, 44th and 45th floors of the tower - will be as much a part of London’s famous skyline as they will enjoy sweeping 360-degree views over it.

A genuinely iconic addition to London’s landscape, these entire levels within the distinctive svelte silhouette of One Blackfriars are the result of a collaboration between award-winning architects SimpsonHaugh & Partners and celebrated interior designer Tara Bernerd, and epitomise the next-level attention to fine detail that St George Collection properties deliver.

The tower benefits from several striking design features that include a double façade and ‘sky gardens’ for each apartment.

“SimpsonHaugh and Partners drew inspiration from Timo Sarpaneva’s Lansetti ll vase, which can be viewed at the Victoria & Albert Museum, for the sleek curves of the 50-storey tower. The result is a genuinely iconic addition to a famous skyline, standing close to St Paul’s Cathedral, The Shard and the London Eye, and heralding a new phase in the regeneration of this flourishing patch of extremely central London,” says a spokesman for St George.

He continues: “A trove of world-leading cultural attractions, including Tate Modern, the National Theatre and Shakespeare’s Globe, launched the South Bank’s awakening through the latter half of the twentieth century, while more recent additions - such as The Shard and the new five-star Mondrian Hotel - have added serious kudos to the immediate neighbourhood. One Blackfriars is now creating ultra-prime apartments, bringing a new standard of living to the area, as well as a new hotel, restaurants and bars.”

These apartments, supremely located moments from the West End and the City, represent a remarkable opportunity to experience the finest hotel-style living in the heart of London. Every element has been meticulously crafted, from innovative architecture that uses nearly 10,000 individual panels of glass arranged as two distinct layers, giving the building an ethereal appearance and creating magical sky gardens for residences, to an extraordinary array of exclusive facilities for residents.

Harrods Estates’ dedicated 24-hour concierge service expertly handles small errands, major requests and everything in-between with absolute discretion and convenience. The 32nd floor’s executive lounge offers private dining with breathtaking views; a residents-only private screening room, virtual golf suite and wine store present the most indulgent of pursuits without having to step outside the building, while valet parking is available on request. A resort-standard health and fitness suite includes a 20-m swimming pool, an ultramodern gymnasium and a thermal spa complete with Vichy shower and snow room.

Grand entertaining spaces, majestic vistas of London and an uncompromising attention to fine detail are common themes that run through the interior spaces of the tower’s three apartment collections, each of which is named after a leading British artist.

The Gainsborough Collection, after the eighteenth-century portrait and landscape painter, provides spacious and elegant studios, Manhattan and one-bedroom apartments; The Turner Collection, after the landscape master and 'painter of light', provides airy two- and three-bedroom homes that use full-height windows and sky gardens to great effect; The Hepworth Collection, named after the influential modernist sculptor who crafted beguiling shapes from bronze, stone and wood, revels in its use of only the finest materials and a full integration of the latest technology, from touch-controlled comfort-cooling and programmable lighting to integrated Sub-Zero drinks coolers and state-of-the-art sound systems.

Bernerd has created a choice of two styles for each interior, using subtle motifs drawn from the building’s architecture to create impressive, refined, personal spaces that define the highest quality of living.

“One Blackfriars is an instantly recognisable new masterpiece for London’s cultural quarter; these are residences designed for individuals who demand the exceptional and expect the outstanding,” the spokesman concludes. 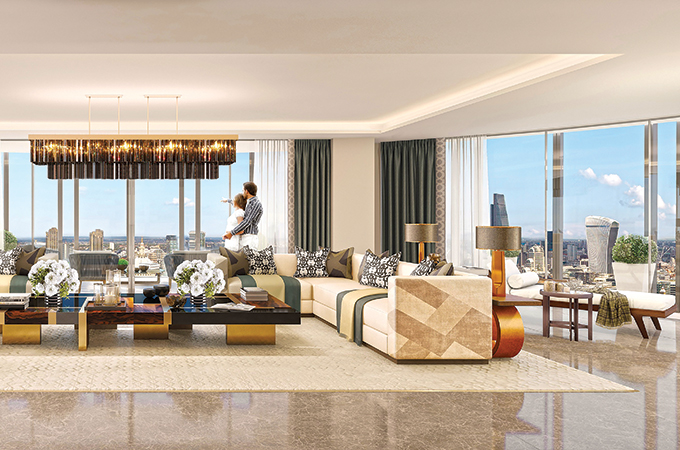 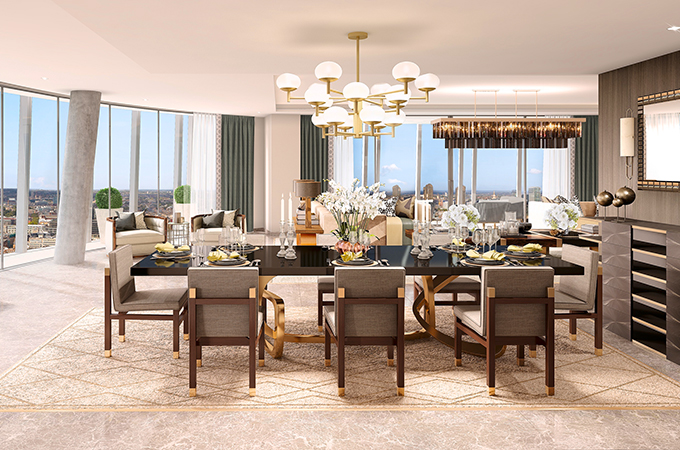 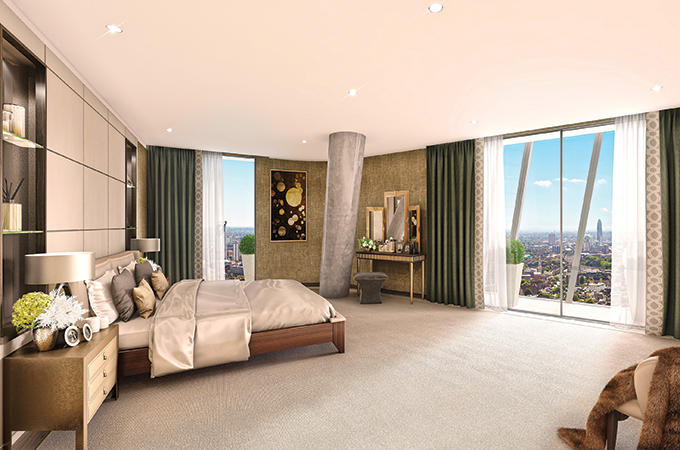 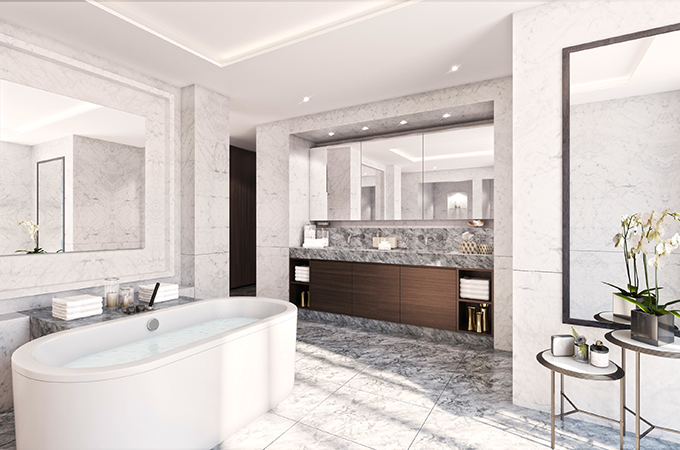