The Saudi International at Royal Greens Golf & Country Club in King Abdullah Economic City runs from February 3 to 6, while the two-day Saudi Cup takes place on February 25 and 26 at King Abdulaziz Racecourse in Riyadh.

Arriving at the iconic 16th tee on a racehorse, Egan was joined by former world number one Westwood and fellow PGA Tour winners Kokrak and Vegas to play the hole in preparation for his first appearance in a Pro-Am on Wednesday.

The fourth edition of the PIF Saudi International, a tournament owned by Golf Saudi, features a start-studded field including Bryson DeChambeau, Xander Schauffele and two-time champion Dustin Johnson, just three weeks before Egan climbs back aboard Mishriff to defend their crown in the $20 million Saudi Cup.

Westwood, who has had plenty of success as a racehorse owner, said: “Horse racing has always been a huge passion of mine. I love horses, and spending time with family and friends during race days, both flat and jumps.

“It was great to meet David Egan. To win a race as big as The Saudi Cup at just 21 years old is an amazing achievement, a bit like winning a Major. Hopefully, Mishriff can do it again.

Egan, a regular golfer, was understandably delighted to get the chance to play alongside three renowned names in the game. He said: “I’m a massive golf fan, so getting the chance to meet and play a hole with Lee Westwood, Jason Kokrak and Jhonattan Vegas at the PIF Saudi International was a dream come true.

“It’s a beautiful course and with so many of the world’s best players travelling to play the tournament, it’s clear that Saudi Arabia is becoming a real hub for top-class sport.”

The Irish jockey won the world’s most valuable horse race last year aboard Mishriff and he is excited to be jumping back aboard the John & Thady Gosden-trained five-year-old at the end of the month. “Winning last year’s Saudi Cup for His Royal Highness Prince Faisal was such a special moment – it really made my career. I can’t wait to get back on Mishriff again and try to win it for a second time.

“The Saudi Cup has been a great addition to the racing calendar and the eyes of the world will be on Riyadh again later this month.” 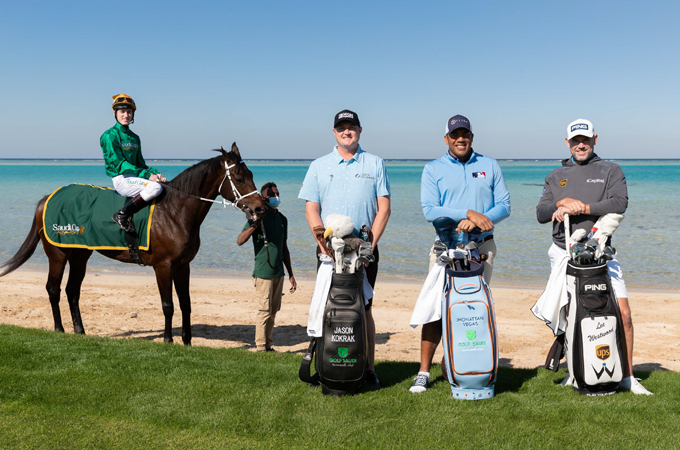 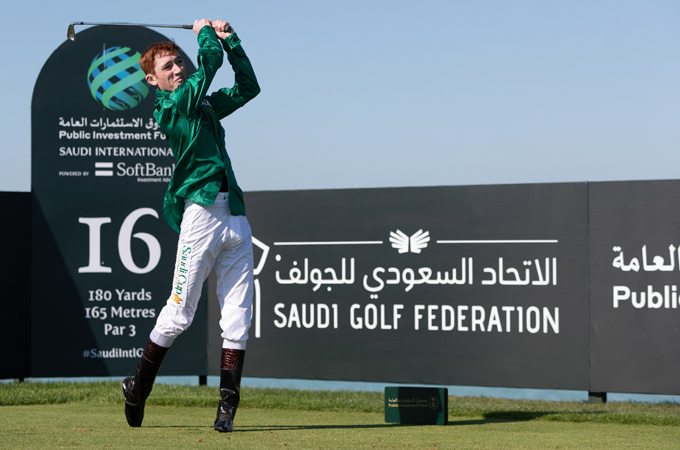 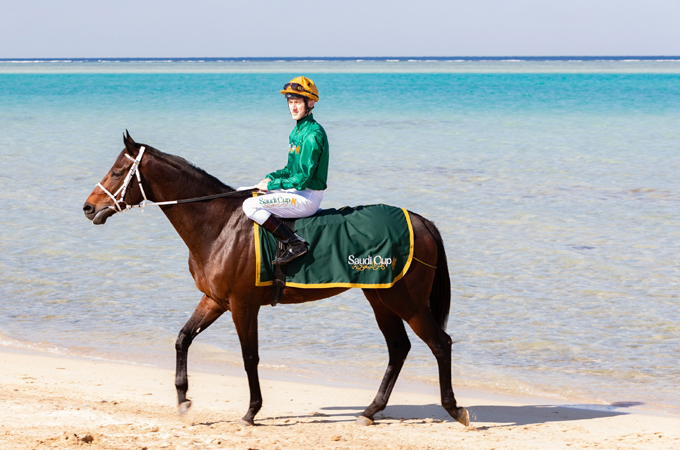