Montblanc Muses, which pairs the maison’s deep heritage of writing culture with the stories of strong and fearless women who have left their mark on the world, celebrates the life of actress and activist Elizabeth Taylor (1932 -2011) with a special edition writing instrument.

Being widely regarded as one of the most iconic and influential women of the 20th century, Taylor is known for her independent spirit, remarkable beauty, and unwavering compassion. She has inspired generations both on and off screen. Whether acting in films as the quintessential leading lady in movies like Cleopatra and Cat on a Hot Tin Roof, forcing the world to recognise the AIDS pandemic, growing her monumental fragrance business, or dominating media headlines with her incredible romances and dramatic private life, she always lived by her own rules and she did it all with confidence and grace.

The overall design of the new Montblanc Muses Elizabeth Taylor Special Edition is inspired by the aesthetics of the 1950s and 1960s, the period in which Taylor reached her acting zenith in Hollywood. In remembrance of her moving speech at the GLAAD Media Awards in 2000, which ended with the words “Long Live Love”, the fountain pen’s Au 585 solid gold rhodium-coated nib bears an engraving of these three words. The Montblanc Muses Elizabeth Taylor Special Edition is available as a fountain pen, rollerball pen and ballpoint pen. 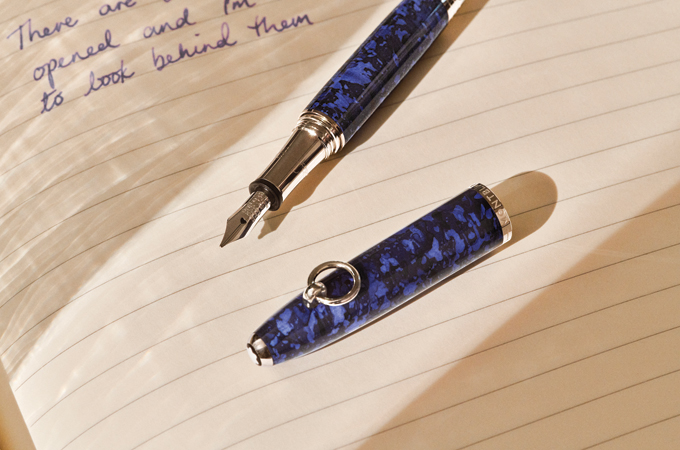