Dubai’s Jumeirah Group is to manage three new luxury hotels and resorts that are being built across China.

The Jumeirah Haikou Resort is set in an exclusive golf community on a private island in Hainan; the Jumeirah Wuhan has a prime city centre location near to Hankou; and Jumeirah Nanjing is set in the Hexi new business district.

Gerald Lawless, President and CEO of Jumeirah Group, said: “We are delighted to be expanding our portfolio of hotels and resorts in China, which is a significant market for Jumeirah. We are honoured to have been asked to operate these three new hotels in key cities, bringing our pipeline of new properties in China to eight, in addition to Jumeirah Himalayas Hotel in Shanghai, which has been operating successfully since 2011.”

The Jumeirah Haikou Resort is set within an exclusive golf community on a 136-hectare private island and is expected to open in 2018. Haikou is the capital city of Hainan and the main business centre. Known as the ‘Hawaii of China’, Hainan is the only non-industrialised province and only tropical island resort destination in the country.

Jumeirah Wuhan is set in a prime city centre location near to the existing Hankou business district. The project is a mixed-use development which comprises high-end office space, retail, residences, parks and a luxury hotel. Site preparation work is ongoing and the anticipated opening date is 2020.

Both properties in Wuhan and Haikou are owned by subsidiaries of Yuexiu Group, a Guangzhou-based property development company.

The third property Jumeirah Nanjing is currently under development and expected to open in 2016. An approximately 40-minute drive from the airport and a one-hour train ride from Shanghai, Jumeirah Nanjing is set in the Hexi new business district and in close proximity to office buildings and a conference centre. The mixed-use development will comprise office and retail space, a conference centre, a four-star hotel and the luxury Jumeirah hotel.

Jumeirah currently operates 22 hotels, resorts and residences, including 11 in the Middle East, six in Europe and five in Asia. A further 17 hotels are now under development. The Jumeirah Himalayas Hotel Shanghai opened in 2011 as Jumeirah's first hotel on the Chinese mainland. With the addition of Haikou, Wuhan and Nanjing, Jumeirah now has a pipeline of eight properties in China including hotel developments in Guangzhou, Hangzhou, Sanya, Macau and Qiandaohu. 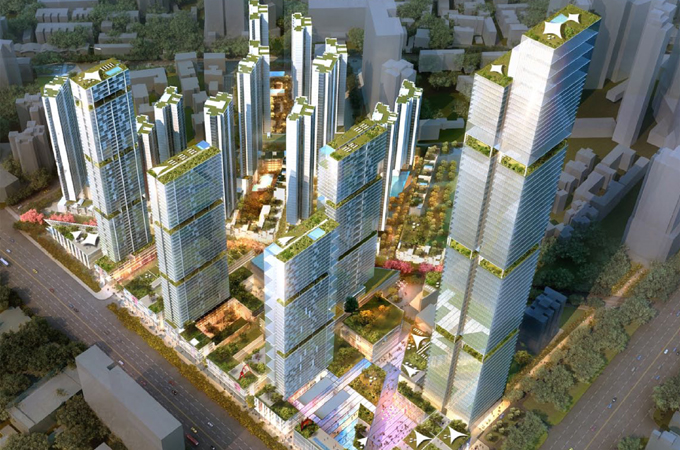