More commonly known as 'Nacho', Figueras is ranked one of the top 100 polo players in the world. A regular on international TV programmes, the star has a huge global following and was once voted the second most handsome man in the world by the readers of Vanity Fair magazine. In his latest role, Nacho will help shape the world-class polo facilities at Amaala and represent the brand at international polo matches.

"I have always said my mission in life is to bring polo to the world a little more, so the chance to help shape what will be the world's best polo facilities is an incredibly exciting opportunity and one that I simply could not turn down," commented Figueras. "I will consult on the overall strategy including design, construction, operations, marketing and event planning of polo facilities at Amaala."

As an Amaala ambassador focused on the sport of polo, Nacho will be tasked with establishing prestigious polo events at Amaala, as well as around the world through team sponsorships and other activations. He will help establish the Amaala Polo Training Academy, encouraging youth participation in the sport and provide select guests with the chance to train with him as their personal polo coach.

Commenting on the agreement, Amaala chief executive officer Nicholas Naples, said: "Our partnership with Nacho demonstrates how seriously we view polo as a component of the Amaala sport and lifestyle experience. Nacho regularly ranks among the world's top players with a profile that transcends the sport itself earning him the moniker as the 'David Beckham of polo'. He is the ideal ambassador for the world-class facilities that will help grow the sport of polo in Saudi Arabia."

Design of all polo facilities will be based on international benchmarks, and will include a suitable number, size and location of polo assets and other equestrian facilities to make it a world-class venue. Amenities will include an equestrian-themed hotel and a country club, paddock villas and estates, horse stables, horse-boarding facilities and horse spa/recovery treatment areas. The facilities will also feature visitor areas, horse trails and horseback riding for recreational purposes. There will also be pony camps for children.

"This is very exciting for the sport of polo in the kingdom," commented chairman of the Saudi Polo Federation Amr Zedan. "The facilities being planned at Amaala are truly world-class and will inspire a new generation of young Saudis to take up the sport and to learn from global stars like Nacho."

Following the official partnership signing, Nacho led an Amaala polo team to victory at the historical AlUla Desert Polo Championship. The first match organised in association with the Saudi Polo Federation, as well as the Royal Commission for AlUla, was staged as part of the Winter at Tantora festival. Featuring four teams of three players including Team Amaala, Team AlUla, Team Al Nahla Bentley and Team Richard Mille, the championship saw Team Amaala's historic victory, culminating in an award ceremony presented by His Royal Highness Abdulaziz bin Turki bin Faisal the chairman of the General Authority for Sports.

Amaala is anchored around the three pillars of wellness and sports, arts and culture, and sun, sea and lifestyle. It is also dedicated to sustainable building and operational practices, with environment preservation and enhancement paramount to the success of the ambitious project. 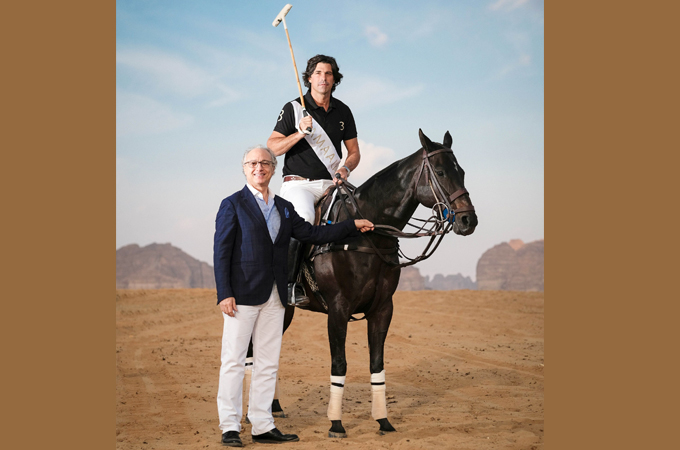