Hotels & Resorts
The Art of Service

The recently-opened Waldorf Astoria Dubai International Financial Centre exceeds expectations with its impeccable service; well-appointed and comfortable rooms and outlets that are unique and inviting. It’s a class apart in the upmarket neighbourhood of DIFC in Dubai

Waldorf Astoria DIFC opened its gates earlier this year in the heart of Dubai’s financial hub, and it is with great expectations that we navigate our way to sample the city’s newest luxury address.

Guests at Waldorf Astoria Dubai International Financial Centre are greeted by the personal concierge on arrival with family names – it begs a special mention – they don’t ask you your names because they know it – and that is a refreshing welcome.

A team of ushers gets to work immediately to make the journey to the hotel reception on the 18th floor as swift and smooth as possible. The property occupies the 18th to 55th floors of the Burj Daman, a complex featuring residences and office towers.

The lobby lounge is impressive and authentic, artfully transforming the mood while we are personally escorted past the meeting rooms.

The service is impeccable, exactly what you’d expect from Hilton’s loftiest brand, the rooms well appointed, comfortable and generous, the outlets unique and inviting, and meeting spaces a class apart from what’s available in the immediate neighbourhood. And this is the Dubai International Financial Centre (DIFC) neighbourhood we are referring to – where the crème de la crème of the Middle East comes together for business and networking.

Inspired by the Mad Men generation of the early-1960s New York, the retro-modern rooms present balanced elegance, celebrating the icons of yesteryears alongside the marvels of technology. All 275 guest rooms, including 46 suites and 28 residential suites, offer breath-taking, unobstructed views of the downtown Dubai skyline, which can be viewed through floor-to-ceiling windows in each room.

The sweetest view, however, is within the room itself. A mini bathrobe and tiny carpet slippers lay sprawled on the bed and are a perfect fit for our three-year-old princess, who also accompanied us on the trip.

And when three-year-olds accompany you on a trip, one must head straight for the spa, which, despite the very business location of the hotel, is great.

Waldorf Astoria Dubai International Financial Centre has four spa and treatment rooms that reflect the same benchmarks of excellence that make Waldorf Astoria an institution, featuring a private dressing room and steam shower in each. An array of wellness and spa experiences that can be tailored to preferences makes it a unique destination within the destination.

One can choose from four distinctive themed spa suites: the Grooming Suite is a luxury spa treatment space with nail grooming for manicures and pedicures, as well as additional grooming services. The Vichy Suite is a wet treatment space with a focus on therapeutic Vichy Water treatments; the suite also offers a heated hammam table for modern wet treatments. The Floatation Suite contains a floatation pod that provides sensory deprivation making one feel well rested.And the Couple Suite, with therapeutic heated treatment tables offering a choice of sand crystals or water mattress.

The property presents well-appointed and creative meeting rooms, featuring a library and an open kitchen to facilitate out-of-the-box thinking and enrich group activities. Various formats and layouts ensure that, for each occasion, there is a well-thought-out meeting venue.

With Bull & Bear, Waldorf Astoria brings to Dubai’s vibrant food and beverage scene an unmatched global icon in dining. Famous for its team that customises per palate, the restaurant comes to life with very contrasting breakfast, lunch and dinner experiences. Pairing it with sophisticated décor and seating and topping it with a beverage offering that’s designed around individual tastes, make it a go-to destination for complementing moods of the day.

Waldorf Astoria is the birthplace of eggs benedict, the Waldorf salad (obviously) and the red velvet cake, to name a few innovations.

The Peacock Alley, another Waldorf icon, sets up relaxed socialising with an eclectic menu of timeless beverages and bites. The bar serves famous concoctions named after the very personalities that inspired them: Churchill, Hepburn, Monroe and Sinatra, all former patrons of Waldorf Astoria.

At the end of our experience, it seems apt that the Waldorf Astoria brand has been home to royalty, Hollywood elite and presidents through time. When it comes to pampering, this is no doubt the high bar or what they call ‘True Waldorf Service’.

Waldorf Astoria Dubai International Financial Centre manages to return in essence to the very place it started its journey all those years ago in Fifth Avenue in Manhattan, bringing all the charm of the New York institution to Dubai’s key business and financial hub.

The story of Waldorf Astoria begins as only the most engrossing stories ever do: with a family feud. William Astor, partly motivated by a dispute with his aunt, built the Waldorf Hotel next door to her house, on the site of his father’s mansion. In 1897, Waldorf’s cousin, John Jacob Astor IV, opened the 16-storey Astoria Hotel on an adjacent site. Peace was on the horizon though and the two hotels came under one management, to be renamed the Waldorf–Astoria New York, a marvel of the modern age with electricity, telephones, a bath in most guest rooms, and palatial public spaces.

A passage was built to connect both the buildings and was called Peacock Alley, referring to the gentry of the time who were seen in the alleyway strutting about wearing the latest fashions.

The Waldorf Astoria property on Fifth Avenue was later sold and razed in 1929 to make way for the Empire State Building. Its successor, the current Waldorf Astoria New York, was built on Park Avenue about a mile away from the original site in 1931.

When Waldorf Astoria New York opened its doors in 1931, it was the largest hotel in the world at the time. This landmark property laid the foundation for Waldorf Astoria to become ‘the greatest of them all’ as Hilton pioneered hospitality as we know it.

Alongside the property in Dubai International Financial Centre, Waldorf Astoria also opened a Maldives resort this year, marking the brand’s debut in the island nation. There are only 30 more addresses around the world with the Waldorf Astoria name. Two of them are in the UAE, Waldorf Astoria Dubai Palm Jumeirah and Waldorf Astoria Ras Al Khaimah. 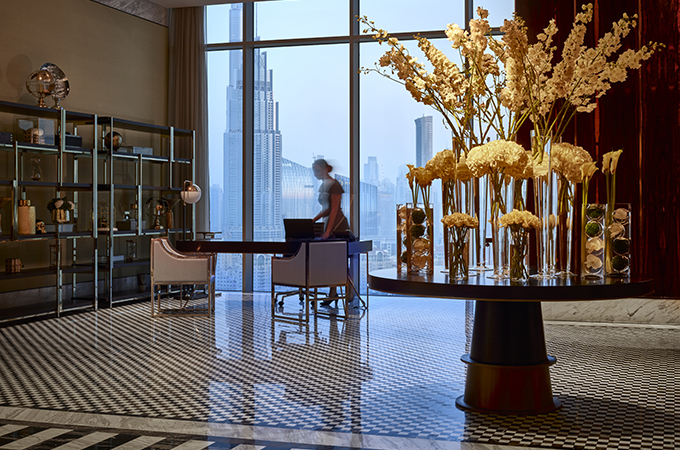 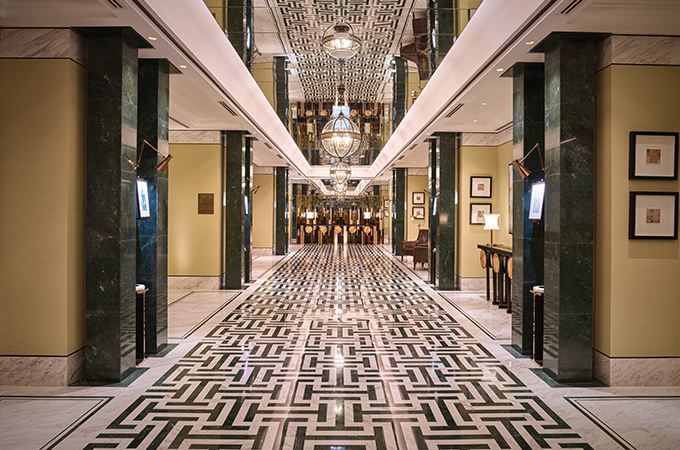 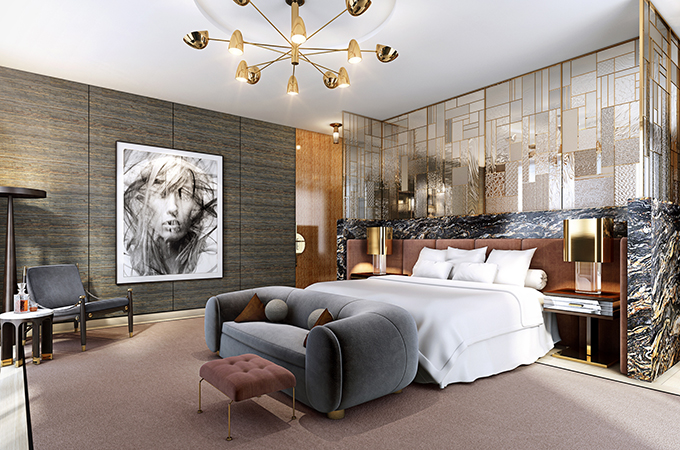 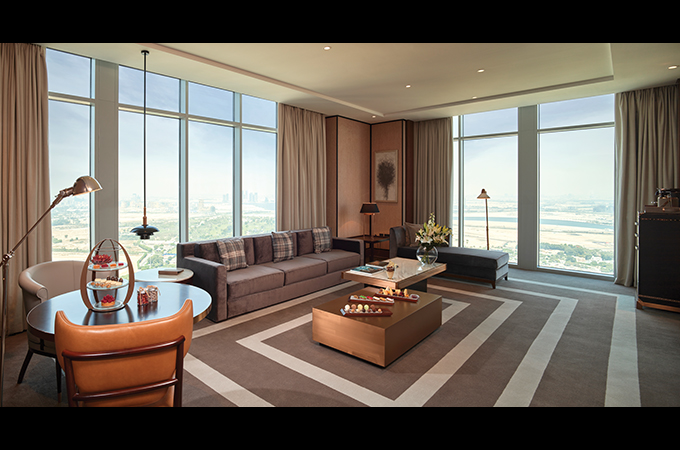 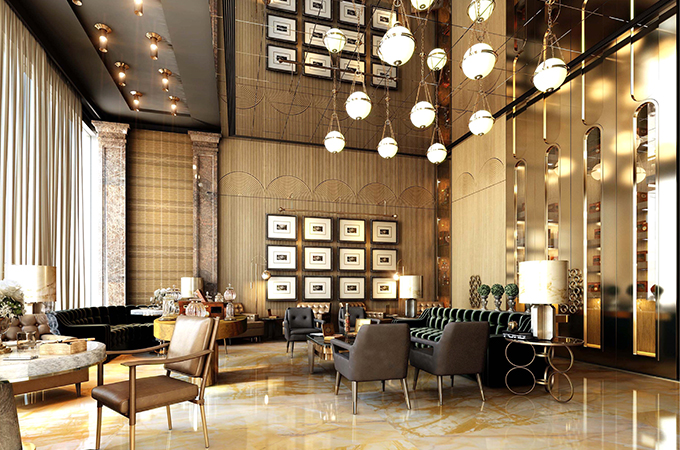 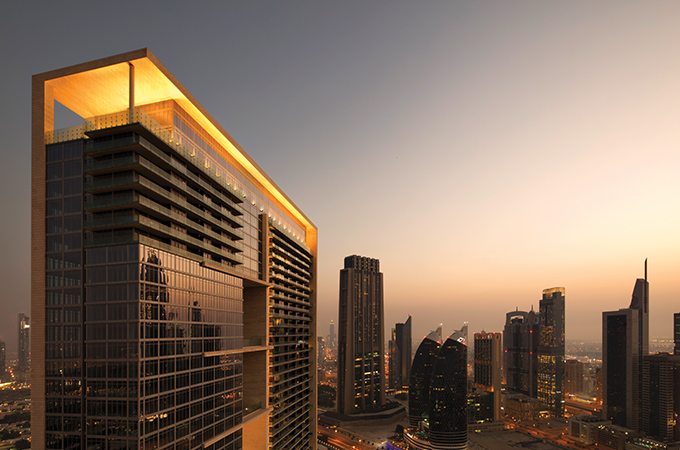