The very first standalone private residences from Four Seasons is located on one of London’s finest squares in the heart of Mayfair, the landmark address of historical significance will offer 37 residences, masterfully designed by Finchatton, in collaboration with award-winning architects Squire & Partners with high-touch, legendary service and an incredible compliment of amenities provided by Four Seasons.

The residences – a combination of three, four and five-bedroom apartments – are inspired by the building’s historic past and include exquisite design features such as elegant classical drawing rooms, soaring ceilings, media rooms, family and professional kitchens, and separate access for staff.

Setting new standards in luxury London real estate, Twenty Grosvenor Square will be the world’s first standalone Four Seasons Private Residences. Along with the highly personalised services and amenities one would expect at a hotel or resort, Four Seasons also acts as the property managers of the residences once open, one of the only branded residential companies to do so.

Twenty Grosvenor Square combines the best of hotel services and private ownership, with the assurance that each home is being cared for to the highest standards of quality by Four Seasons. Together, Finchatton and Four Seasons are offering a product that is far beyond anything seen on London’s residential market to date.

“Twenty Grosvenor Square marks an exciting milestone for our brand, debuting Four Seasons first-ever standalone property in a top luxury market, within one of the best addresses in London, and in a building with a remarkable history,” says Paul White, President, Residential, Four Seasons Hotels and Resorts. “With our partners at Finchatton, the building has been exquisitely restored and, together with Four Seasons dedicated service and property management, residents will be immersed in the world of Four Seasons with an exclusive lifestyle experience.”

Andrew Dunn and Alex Michelin, co-founders, Finchatton, remarked: “Our vision for Twenty Grosvenor Square was to deliver a lifestyle which transcends any other residential scheme in London. Passionate about craftsmanship, architecture and great design we wanted to deliver a building with exceptional amenities and the highest level of service in the very heart of London’s most desirable postcode.”

Residents of Twenty Grosvenor Square, A Four Seasons Residence will have access to a concierge, security, catering and in-residence dining, housekeeping, a world-class spa, fitness and wellness facilities.

Residents will also benefit from a designated Four Seasons Director of Residences. Acting exclusively for the residents of Twenty Grosvenor Square the Director of Residences’ enviable little black book of contacts, from the world’s leading personal trainers and internationally renowned nutritionists to top executive chefs, will enhance the day-to-day life of residents at Twenty Grosvenor Square.

Reclaiming its title as the most coveted address in London, Twenty Grosvenor Square has a rich and storied past. Once the headquarters of the US Naval Forces in Europe, and from where General Dwight Eisenhower orchestrated the D-Day landings during the Second World War the square itself has been home to royalty, prime ministers, actors, musicians and artists and featured in literary masterpieces from Austen, Dickens and Wilde.

Masterful architectural detailing, both inside and out from award-winning architectural practice Squire & Partners, acknowledges the history and character of the building. Twenty Grosvenor Square, has been lovingly created behind the retained historical façade of Grosvenor Square – which has been extended with a contemporary stepped mansard – a new façade on North Audley Street drawing from the rich history and context of the area.

Henry Squire, Partner, Squire & Partners, says: “Timeless architecture is understanding that a building is part of an evolutionary process that connects the past and future in the present. For Twenty Grosvenor Square, the past and future are connected with the creation of a new façade intertwined with a retained façade, through contemporary use of traditional materials, reinterpreting classical proportions and details in a modern way and using current-day technologies to re-imagine ancient craft.”

Benefitting from Finchatton’s nearly 20 years of experience of designing and building some of the world’s most exceptional homes, the vision for Twenty Grosvenor Square is best described as sophisticated, timeless elegance with an emphasis on traditional craftsmanship and exquisite finishes.

Jiin Kim-Inoue, Design Director at Finchatton, and the Finchatton team have carefully choreographed a perfect sequence of spaces, from the grand entrance lobby and extensive amenity areas through to each square foot of every individual residence. Vast windows flood the rooms with natural light, while voluminous proportions and meticulously considered layouts create spaces that are grand and yet utterly warm and welcoming.

At Twenty Grosvenor Square, A Four Seasons Residence Finchatton, has again reinforced its reputation as London’s leading property design firm with a profound understanding of how people want to live, while Four Seasons solidifies its position as a leader in luxury lifestyle and branded residential offerings. 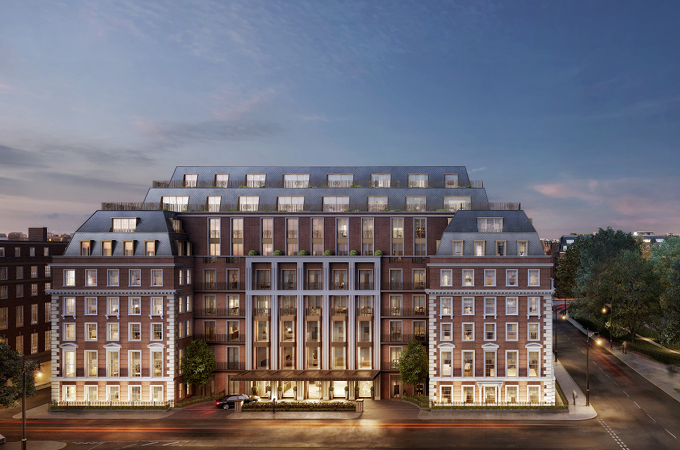 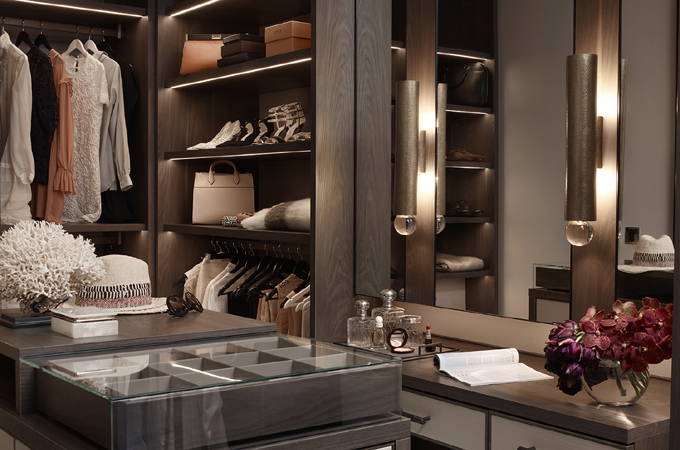 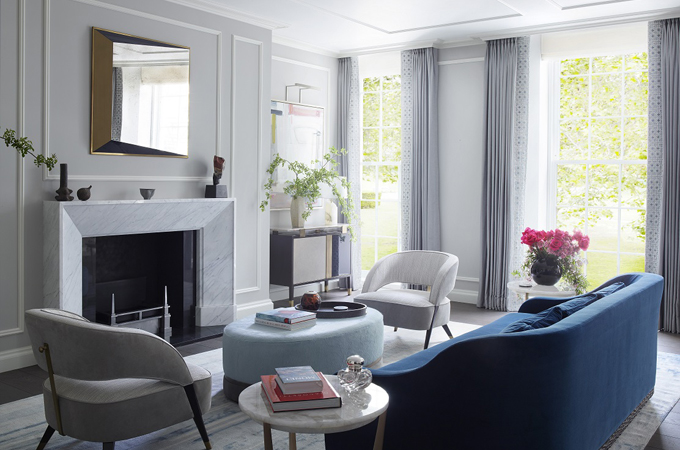 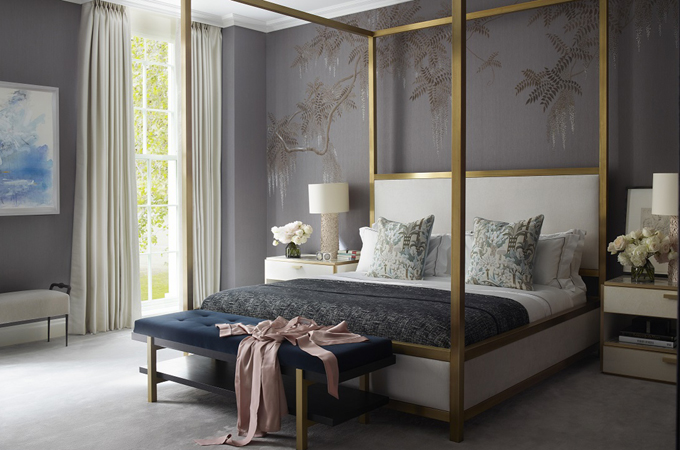