Geneva watchmaker Roger Dubuis, which prides itself on being born to be wild, says superwatch fans can gear up for a powerful example of what happens when visionary engineers meet incredible watchmakers with the launch of the total-black Excalibur Huracán: a striking expression of unfettered style and technical excellence.

Demonstrating its penchant for excess, and thanks to an integrated Manufacture enabling total independence, the brand has in recent years drawn inspiration from multiple sources. First and foremost, from its own disruptive design ability and unparalleled expertise in the field of Grand Complications. And secondly, from other equally no-holds-barred industries, a commitment to passionate performance and a flagrant disregard for any form of limit.

This has been exemplified in recent years by the founding of iconic partnerships including a throbbing, adrenalin-fuelled Raging Mechanics alliance with car designer and manufacturer, Lamborghini Squadra Corse. The outcome is a line-up of code-breaking timepieces designed for an exclusive tribe on the prowl for off-the-radar experiences.

Powered by an automatic RD630 calibre, and flaunting the same blend of performance, lightness, and security as its namesake, the 45-mm diameter Excalibur Huracán timepiece features a 12 deg angled balance wheel representing the movement signature associated with Lamborghini Squadra Corse.

Adding to its speedster allure is a 360 deg oscillating weight inspired by and reproducing the same kind of speed effect as a Huracán wheel; while the upper calibre features a strut-bar design bridge reminiscent of those found on the V10 engine of the Lamborghini Huracán supercar itself.

With a black DLC titanium case and bezel, the new all-black Excalibur Huracán model oozes stylish muscle and vroom of the kind of which Roger Dubuis is the uncontested specialist. 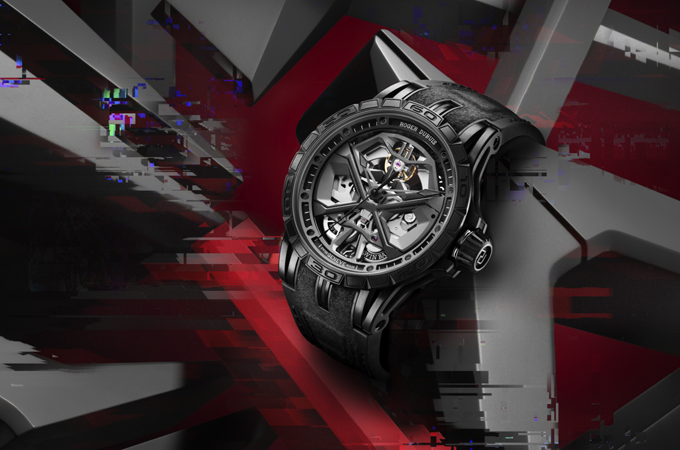 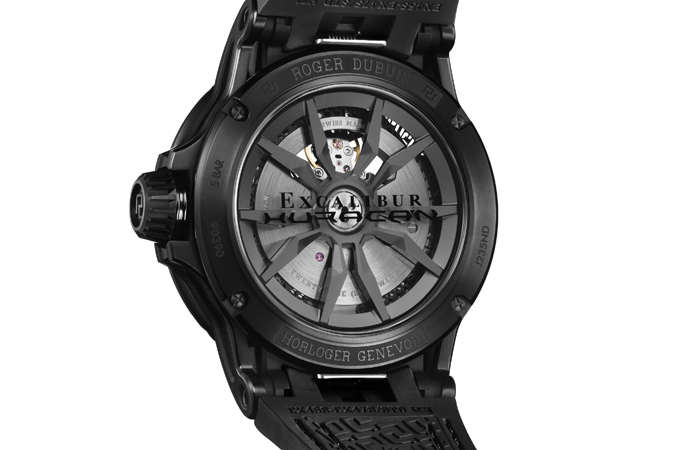 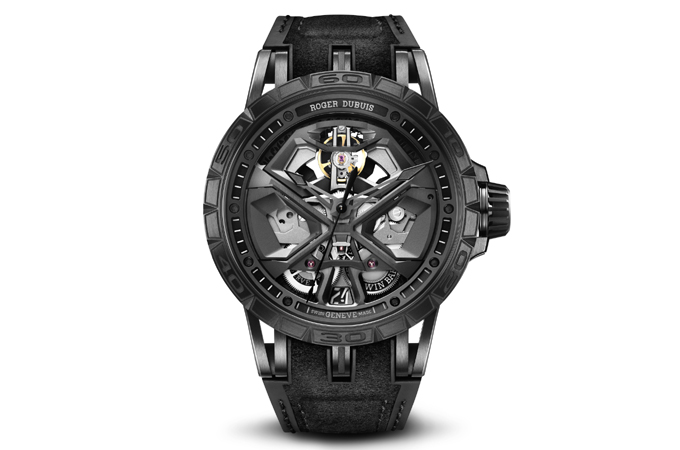 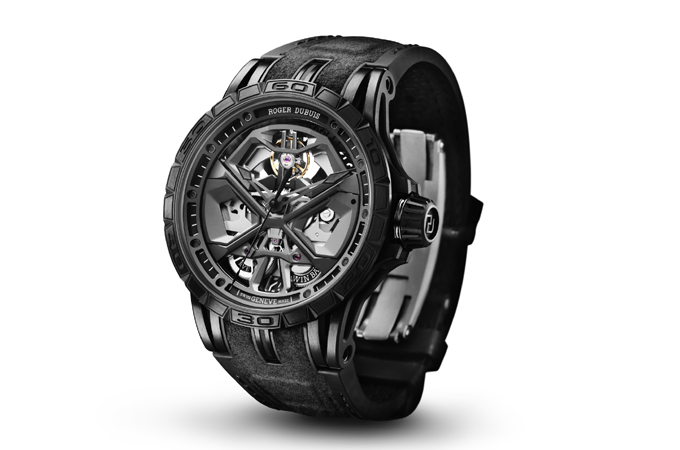