Mauritius’ allure is as clear as the seas that surround it and the tropical paradise continues to redefine the concept of luxury destinations, offering a plethora of experiences for the world’s most discerning travellers

Mauritius has long been a shining star in the consciousness of the international jet set, a heavenly retreat, and a place where practically every luxury can be indulged.

The island continues to redefine the concept of a tropical island playground, offering a certain je ne sais quoi which keeps even the world’s most discerning travellers intrigued and coming back, time and again. And that, increasingly, includes the Arab world’s elite.

Arvind Bundhun, the Director of the Mauritius Tourism Promotion Authority (MTPA), sums the destination up as “a unique blend of classy lifestyle, the highest standards of luxury accommodation, world-renowned service, unmatched activities and refined gastronomical cuisines.”

The country’s allure is as clear as the seas of various hues of blue which surround it. Far from anywhere, yet distinctly familiar. Paradise with panache it may be, but to think of the island as simply a dazzling jewel deep in the Indian Ocean would be to oversimplify its obvious, and less obvious, charms. In Mauritius, style meets substance.

It is picture postcard. It is vibrant. It is colourful. It is warm and welcoming. It stands for adventure. Its beaches are exquisite, its interiors lush, and its landscapes dramatic. But, beyond that, Mauritius is a place where extraordinary has become standard – a place which challenges the senses, and reinvigorates the zest for life, of even those who think they have seen everything life has to offer, and are prepared to pay for it.

Money, of course, cannot buy nature. And nature bestowed her generous bounty on Mauritius. On Ile aux Aigrettes, a spectacular speck of land amid of one of the country’s most beautiful lagoons, rare endemic and indigenous Mauritian flora and fauna – kestrel and fody birds, Telfair’s skink, giant tortoise, the threatened pink pigeon and incredibly rare orchids – find their shelter. At Casela Nature Park, 1,500 different species of bird, other exotic wildlife, and an ancient dry forest containing the splendorous black ebony tree, are in their element.

It isn’t difficult to get off the beaten track in Mauritius, either. Quad bike, jeep or Segway safaris open up access to the path less trodden, with the promise of new vistas, and new experiences. And a multitude of new perspectives, from the cables of the Canyon Swing to riding the Indian Ocean’s longest zipline.

At Grand Baie Beach, one of the island’s most famous shores, the relatively new sport of Flyn’Dive is taking off, literally. Alternatively, there are guided Seakart cruises around the wild south-west coast, getting up close to teeming life in the crystal waters and coral reefs of this marine eden. Many Seakart tours extend to some of Mauritius’ most cherished, and photographed, landmarks, from Crystal Rock, a popular dive spot, to unspoiled Ile aux Bénitiers.

Savouring the island from the extravagance of a chartered yacht is another ‘must-do’ option.  The director says there are marinas scattered around the coast catering exclusively to yacht charters.

“Those at Caudan and La Balise, for example, cater for the most exigent customers, with their privileged harbour locations, ideal mooring conditions and dedicated management teams handling all requirements,” he says. The island, which was voted Leading Cruise Destination in the Indian Ocean at the 2018 World Travel Awards, is also expected to open a brand new cruise ship terminal by 2020, Bundhun adds.

There are luxury big game fishing charters, catamaran cruises along the coast and dolphin swimming excursions. All deliver unforgettable experiences.

“For visitors who only want to enjoy the luxury of cruising, the private catamaran experience is unique,” says the director. “The boats can accommodate couples or groups with all facilities expected on such international level embarkation. Diving is also a side activity on these cruises,” he adds.

Getting up close to the glittering seas around Mauritius by boat may be on the bucket list for many, but to truly appreciate the kaleidoscope of colours which define the island’s juxtaposed ocean, beach and landscapes, a helicopter charter is the real deal.

“There are a number of helicopter charters who can provide direct charters to hotels, resorts or villas, from the airport for example,” says the director. “This is an opportunity to discover Mauritius in a truly original way – a truly unforgettable experience that can also save time,” he says.

Unforgettable means different things to different people. In Mauritius, the sport of kings is integral to local high society, which gathers to see and be seen in the beautifully-appointed VIP suite at Champ de Mars, the Southern Hemisphere’s oldest race track founded in 1812. Oozing glamour, tradition and excitement, Champ de Mars’ VIP suite’s balcony offers unobstructed, and unforgettable, views of the horses as they vie for the prestige of securing a winner at one of the once-weekly meets during the season, which run from March to December.

Mauritius brings new meaning to the term par excellence, too. Ten of some of this planet’s most beautiful 18-hole golf courses are dotted across the country, which in 2016 was named Golf Destination of the Year for the Africa/Indian Ocean and a magnet for players from around the world, who satisfy their competitive instincts amid the most sensational Indian Ocean scenery.

The island, which celebrated its 50th anniversary of independence in 2018 but whose story goes much further back, effortlessly blends nature with its rich history, too. Le Morne Brabant, a symbolic Unesco World Heritage Site relating to the slave trade, towers 555 metres above the island’s beach-studded southwestern coast, affording moments of reflection and bird’s eye views. At Aapravasi Ghat, an 19th century immigrant site in the capital has 170-year-old buildings, a reminder of the island’s storied past and of how far it has come.

That’s true in terms of accommodation, too. For the visitor who prefers to keep a low profile while in Mauritius, high-end options suit all tastes, from world-famous hotels and resorts to some of the most opulent private villas on Earth. That fits in with the island’s strategy to develop the best infrastructure in the Indian Ocean, says Bundhun.

“For some years, Mauritius has encouraged the setting up of private integrated resort schemes. These schemes are developed to offer, in addition to the residence, extensive, exclusive, high-class leisure and recreational facilities such as golf courses, marinas and wellness centres,” he explains. “Accommodation in private villas or five-star hotels adds to the sense of privacy with butler and limousine services.”

‘Gulf visitors will feel at home’

In the rarefied air of elite tourism and hospitality, Mauritius really does come into its own. The experience begins on arrival at the international airport. Limousine transfers are available to whisk guests from the door of the aircraft to the comfort and serenity of the lounge, where a dedicated team of concierges handle all luggage and immigration formalities.

“Privacy and discretion start on arrival at the airport with exclusive handling and transfers,” Arvind Bundhun, the Director of the Mauritius Tourism Promotion Authority (MTPA), points out.

With regular direct flights from Dubai and Saudi Arabia taking in the region of six-and-a-half hours, plus the option of the convenience of private jet transfers between the two regions for the super rich, Mauritius is better connected to the Gulf than ever before. Gulf visitors will feel immediately at home in this peaceful corner of the Earth (Mauritius is said to have been discovered by Arabs, after all), where a tolerant, diverse and welcoming population includes a large community of Muslims.

“All restaurants and hotels here are fully halal,” the director explains, “and while all staff in the hospitality industry are fluent English speakers, some can also communicate in Arabic.”

The Gulf market is an increasingly important one for Mauritius, and with that in mind the range of services catering to the distinct needs and tastes of the high-net-spend Arab traveller are set to expand.

“We are aware that more young Gulf visitors and families like to travel for extended periods of time, and we believe that this niche market has huge growth potential,” the director says.

“Our destination is proximate to the Gulf countries, with a regular daily air service within the same time zone from Dubai and Riyadh. We are geographically well situated, and we have the best climate to attract tourists from the GCC countries. As such, we are already witnessing a good percentage of repeater visitors.

“We have the capacity and know-how to handle this type of clientele, and the infrastructure to cater to wealthy visitors,” he adds.

The MTPA director says the island – whose dreamy land- and sea-scapes continue to provide the achingly romantic backdrop for any number of honeymoons – has forged a world-class reputation over many decades, and is today recognised as one of the world’s top VIP leisure destinations, a reputation it aims to build upon.

“Mauritius has evolved from a simple ‘sun, sand and sea’ concept to a product with a pronounced touch of ecology and culture. We are more than ready to step into the Gulf market and showcase Mauritius as a luxury adventure-based destination. We are already on the right track in this,” says the director.

When it comes to exclusivity, and when superlatives are no longer descriptive enough, there will always be Mauritius. 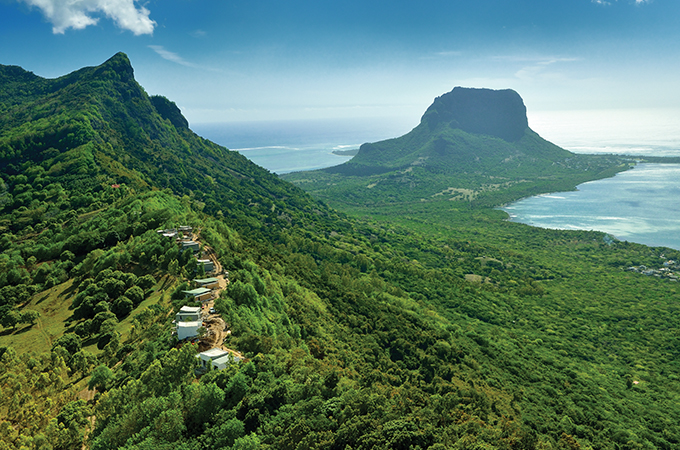 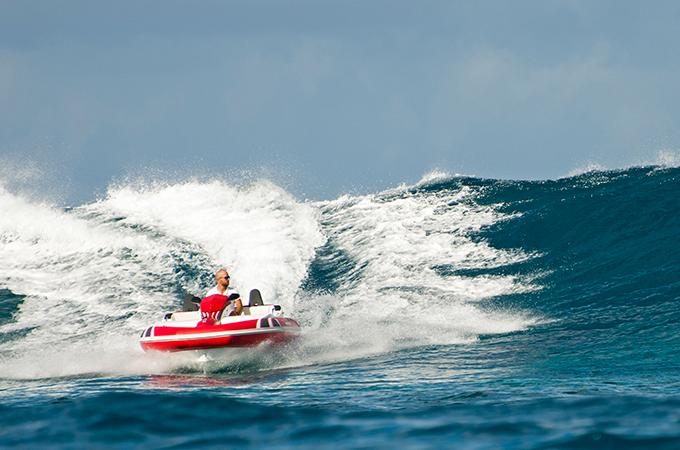 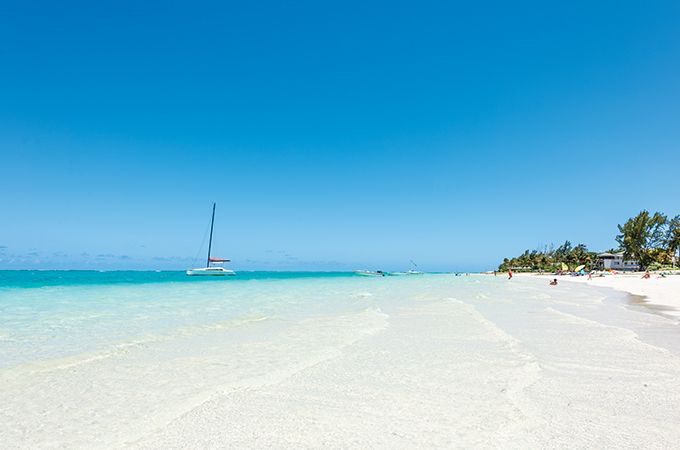 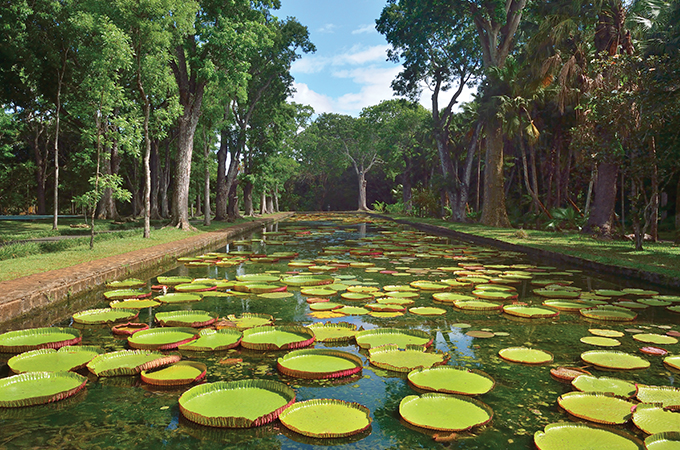 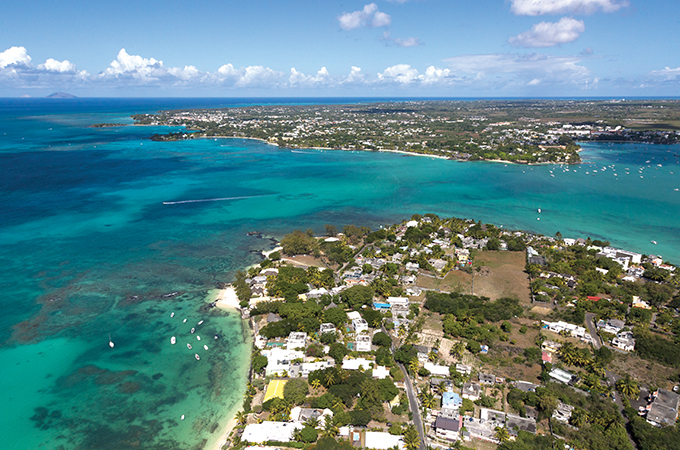 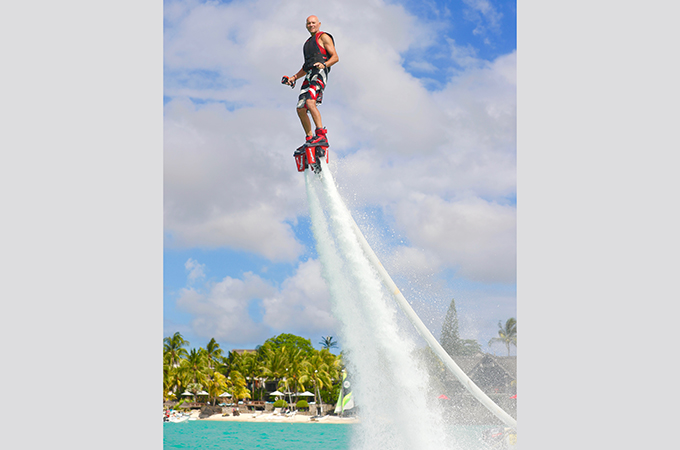 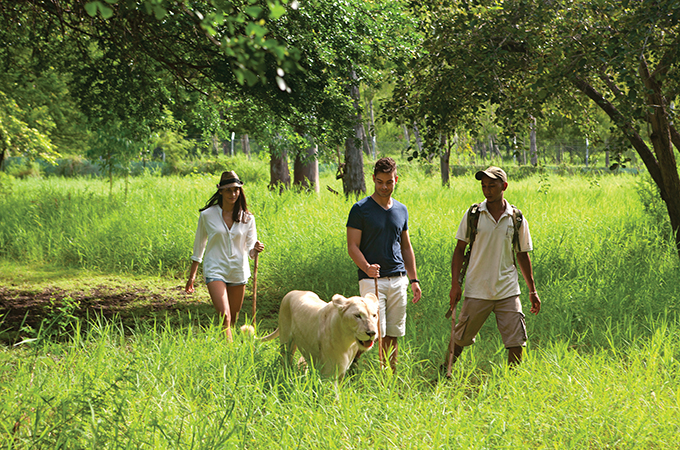 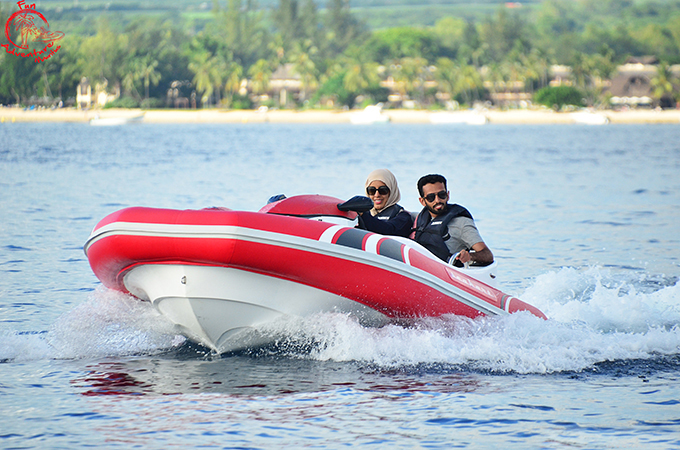 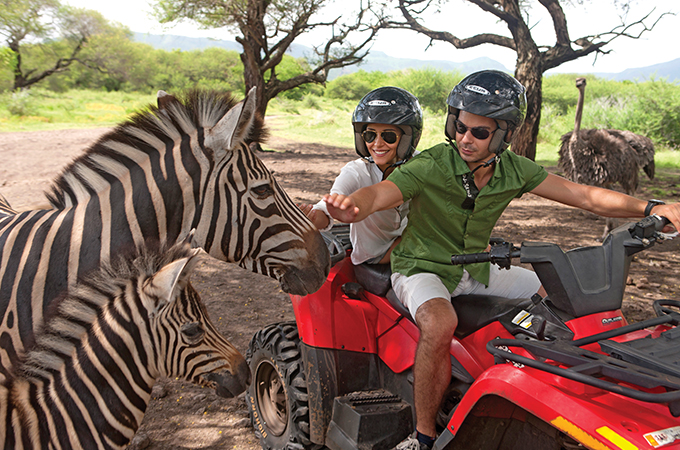 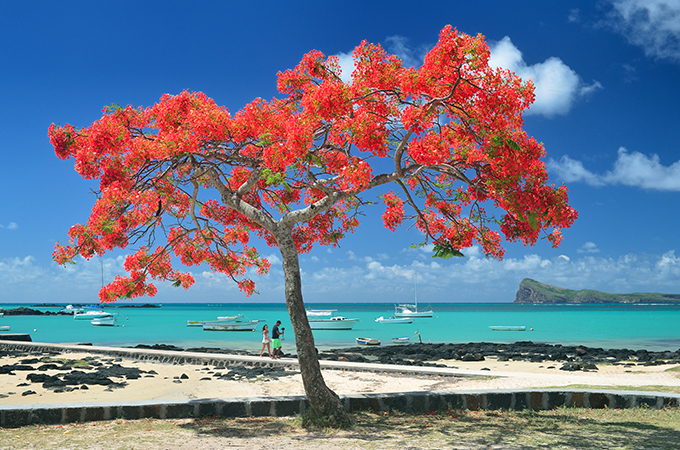 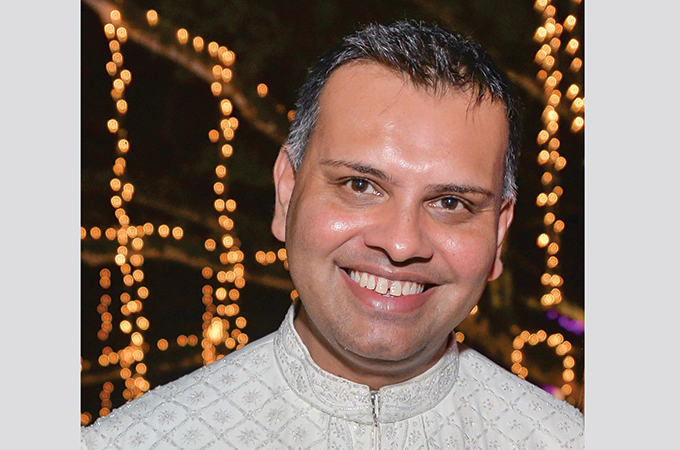 "
Mauritius’ beaches are exquisite, its interiors lush, and its landscapes dramatic. Beyond that, the island is a place where extraordinary has become standard