Soccer superstars from Real Madrid be partying tomorrow in Dubai, UAE, at the inauguration of the first restaurant in the world named after and in collaboration with the popular football club.

Celebrated players such as Cristiano Ronaldo, Gareth Bale, James Rodriguez, Karim Benzema, Casillas Isco and Kroos will be present at the formal opening of Real Madrid Café, which is located at the beach opposite Jumeirah Beach Residence.

“The event will be made more special and exciting with the presence of the club’s celebrated roster of players along with the coaching staff and the management team. Expect great and exciting things to come as our operations come into full swing, promising our guests a superb dining experience that no other restaurant can offer,” says Louis Alberts, General Manager, Real Madrid Café.

As part of the opening celebrations, Real Madrid Café has launched a number of competitions where lucky winners will have an opportunity to meet the entire team up close and personal at the cafe.

Since its soft launch, the café says it has created a buzz among diners with its “exhilarating menu”, featuring traditional Spanish dishes and delicacies.

In addition, with its live broadcast of league games, it has become the favourite venue for football lovers to catch the latest in soccer matches from the league competitions in Europe.

Its Real Madrid Club merchandise and memorabilia have also been a top draw among fans and admirers, with its interiors that capture the team’s storied history and tradition. 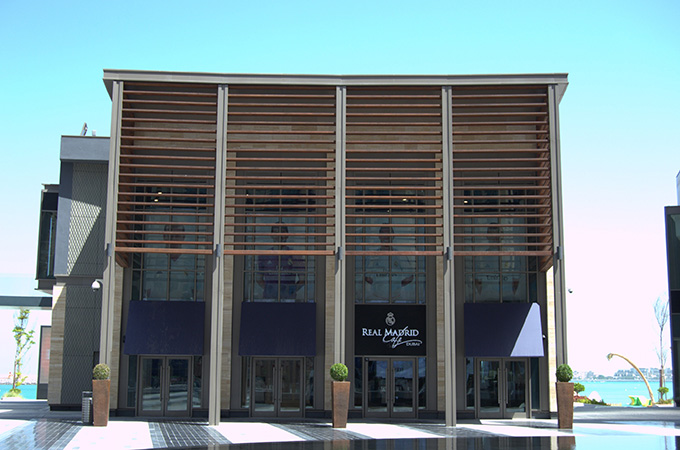