Roger Dubuis pushes boundaries yet again as it unveils the new Platinum Edition timepiece as part of its iconic Excalibur Monobalancier series, exclusively for the Middle East.

Capturing attention and excitement, the new timepiece comes in a unique stimulating vivid mint green colour that is associated with platinum material and showcases the results of Roger Dubuis’ daring and extreme craftmanship.

Leveraging the power of advanced hyper material like platinum, the striking new timepiece is made for those who choose to go bigger and bolder, says the company.

Demonstrating its technical prowess and unmatched design, the Excalibur Monobalancier Platinum Edition is made with extremely precious and rare metal. Platinum – a true king of metals is three to six times harder than gold and an extremely tough metal to conquer.

“Roger Dubuis, however, keeps its commitments to creating only the highest level of disruptive watch masterpieces without compromising on the maison’s signature shape. The watch is designed with the most unaltered metal that can withstand all journeys and adventures of a lifetime as its magnificent colour and brilliance remains apparent,” it says.

The creation of this hyper-expressive timepiece is made possible with the platinum material that features anti-allergenic, less tarnishing, and sensitive characteristics in comparison to gold. To create the masterpiece, the platinum material’s high fusion temperature requires great expertise as 10T of mineral is needed to get 30g of Platinum. Carrying the rare strength and brilliance of PT950 with a lavish round-cut diamond set attached on the rotor screw, the Platinum Edition watch boasts horological supremacy.

Capturing the maison’s commitment to non-conformity, the Excalibur Monobalancier infuses the tradition of horological craftsmanship with a daringly disruptive attitude as seen with the skeleton automatic monobalancier. The skeleton theme is reinforced with the split hands and the v-shaped indexes infused with clean intricate lines and the signature star that is recrafted to levitate freely above the barrel, staying true to the maison’s expressive signature design.

With a transparent view of its self-winding movement held directly on the inimitable Roger Dubuis star, the new calibre invites the wearer to dive in and survey the interior of the watch. The signature skeleton is an accomplishment mastered by the brand with every one of the components carefully finished by hand at the Manufacture in Geneva and sealed with the prestigious Poinçon de Genève.

The new Excalibur Monobalancier Platinum Edition, priced AED356,000 (about $96,920) will launch in October, exclusively at the Roger Dubuis boutique in Dubai Mall. 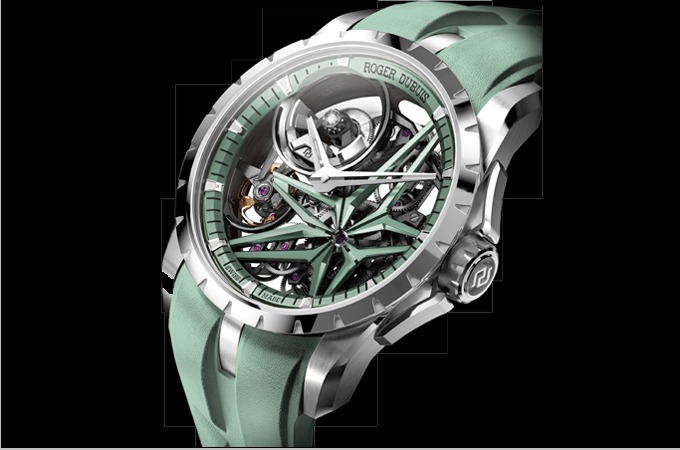 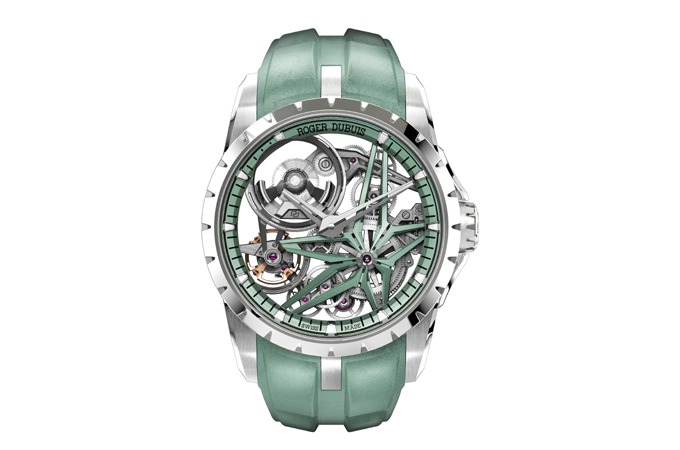 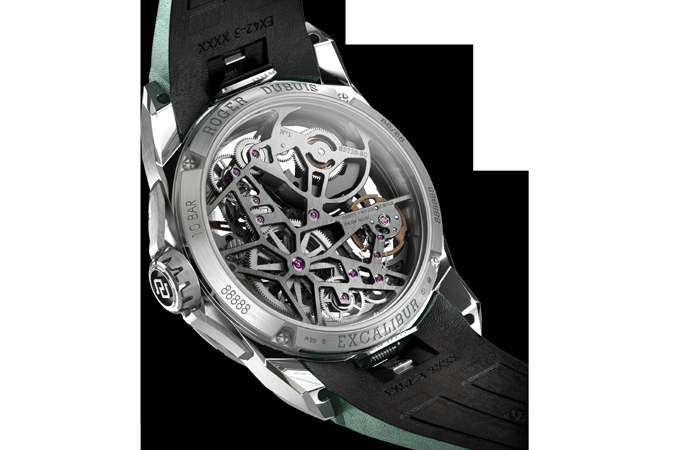