Together with brand ambassadors, Victor Vescovo and Charlie Duke, OMEGA has once again voyaged into the stars as the Swiss watchmaker’s bold legacy of space exploration continues.

One of those six crew members was Victor Vescovo, a renowned explorer who has achieved many astonishing goals with OMEGA, including his 2019 “Five Deeps” expedition to the bottom of all five of the world's oceans, including Challenger Deep, where he set a World Record for the deepest multiple dives ever by a crewed vessel.

He has continued his ocean explorations throughout 2020-2022 during the global "Ring of Fire expeditions" and in that time has become the first person to have ever gone to the bottom of the ocean, climbed Mt Everest, and ventured into space.

On the eve of the NS-21 mission, Victor Vescovo met with legendary Apollo 16 astronaut Charlie Duke, who walked on the moon in 1972. In addition to passing on his wisdom and advice, Duke was on hand to congratulate Vescovo on his first voyage into space while also presenting two OMEGA watches - a Speedmaster Moonwatch Professional and a Speedmaster Skywalker X-33.

The moment was particularly special for OMEGA, as it brought two generations of explorers together to witness the evolution of human spaceflight.

OMEGA has been flight-qualified by NASA since 1965 and has been a regular and vital supplier of watches for some of history’s most historic space missions, including all six moon landings.

Flying to space is Vescovo’s most recent exploration into the unknown. In 2017, he completed the rare “Explorer’s Grand Slam,” which involves summiting the world’s seven highest summits and skiing at least 100 kilometres to both Poles.

“I’ve always been inspired by big challenges and going into the unknown,” Vescovo said. “OMEGA is a pioneering brand and we both see possibility wherever we can. I leapt at the chance to fly to space and it feels very appropriate and special to bring OMEGA along for the ride.”

Duke also shared his thoughts. “It’s wonderful to see the enthusiasm so many people have for space exploration. We paved the way with Apollo but the evolution of commercial space means more opportunities than ever to access space. Of course, it requires quality and reliability in the equipment you use, which is why a dependable watch like OMEGA is essential.”

This mission was the fifth human flight for the Blue Origin’s New Shepard programme and the 21st in its history. 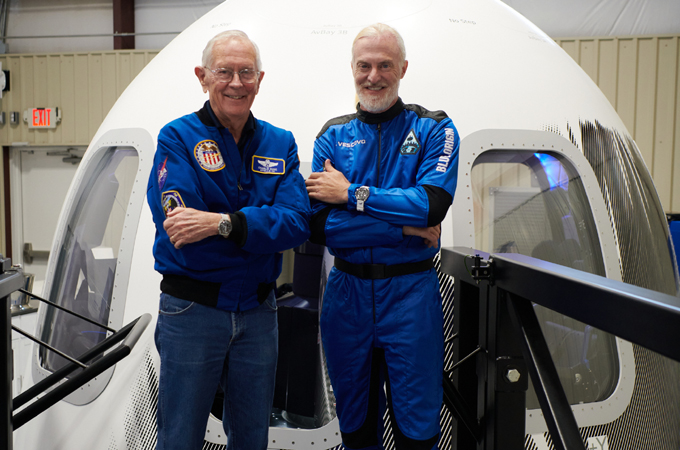 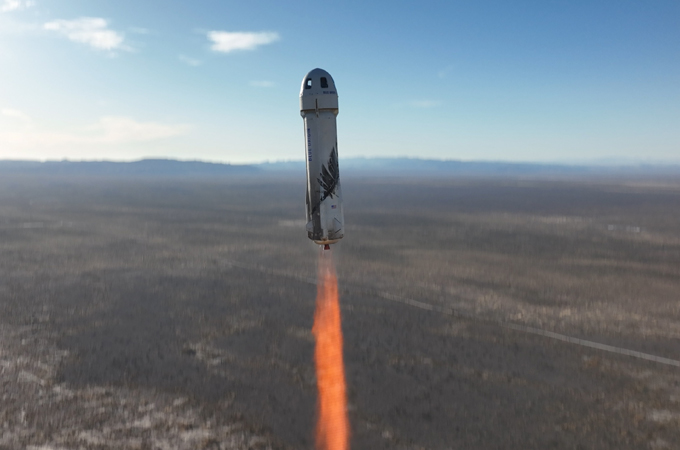