Motoring
New BMW M4 CSL, the re-edition of a legend

BMW M is presenting a special-edition car based on its successful high-performance models in the premium midsize segment, as part of its 50th anniversary celebrations.

With its next-level power and intelligent lightweight design, two-seater configuration, model-specific chassis upgrades and equipment features selected specially for the job at hand, the new BMW M4 CSL has track driving as its raison d’être.

The genes the M4 CSL shares with its competition-spec sibling, the BMW M4 GT3, are also reflected in its performance attributes, says the automaker.

In test runs on the Nürburgring’s Nordschleife circuit, the BMW M4 CSL posted the fastest lap times ever for a series-produced BMW car, with acceleration figures of 3.7 seconds from 0 to 100 km/h (62 mph) and 10.7 seconds for the sprint from 0 to 200 km/h (124 mph) in an impressive showing.

For BMW M GmbH, the world premiere of the new BMW M4 CSL at the Concorso d’Eleganza Villa d’Este (May 20 – 22) will be one of the highlights of its 50th anniversary year.

The stripped-back racing character of the BMW M4 CSL is underpinned by a time-honoured concept that harnesses cutting-edge development expertise and the latest technology to create an enthralling end result.

The BMW 3.0 CSL developed by BMW Motorsport according to this same principle won the European Touring Car Championship at the first attempt in 1973. And the M4 CSL is also following in the tyre tracks of successful special-edition models from earlier generations of the BMW M3/M4, most notably the legendary BMW M3 CSL from 2003 and the BMW M4 GTS unveiled in 2016.

The body of the BMW M4 CSL is painted in the exclusive Frozen Brooklyn Grey metallic as standard. This exterior shade teams up with exposed carbon-fibre surfaces and red accents to create a visually expressive appearance of sporting purity. The carbon-fibre structure of the body components is visible in various areas, including the two chiselled indents in the bonnet.

The optionally available BMW Laserlight headlights bring another head-turning accent to the front end of the new BMW M4 CSL. Both in the welcome effect triggered when unlocking the doors and when the low and high beam are switched on, these headlights illuminate in yellow rather than white, bringing to mind the look of successful GT racing cars. The LED rear lights of the new BMW M4 CSL are equipped as standard with technology making its debut in a series-produced car.

The model-specific power unit of the BMW M4 CSL is based on the same high-revving, six-cylinder in-line engine with M TwinPower Turbo technology found in the BMW M4 GT3 racing car. Its substantial performance reserves enabled a major hike in power without having to make any concessions in terms of stability or durability. The drive torque produced by the engine is relayed to the rear wheels of the new BMW M4 CSL via an eight-speed M Steptronic transmission with Drivelogic.

Like the engine in the new BMW M4 CSL, its chassis technology benefits from a wealth of detail upgrades – which have been tailored to the power unit’s performance characteristics. These modifications also factor in the substantial reduction in vehicle weight at play here and the model-specific improvements to body rigidity, allowing the blend of handling agility, dynamism and precision for which BMW M cars are renowned to be taken to new heights.

Designed to provide a race-car feeling 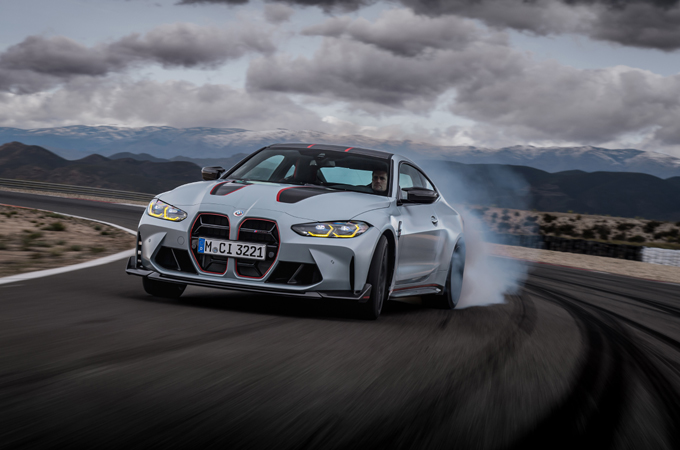 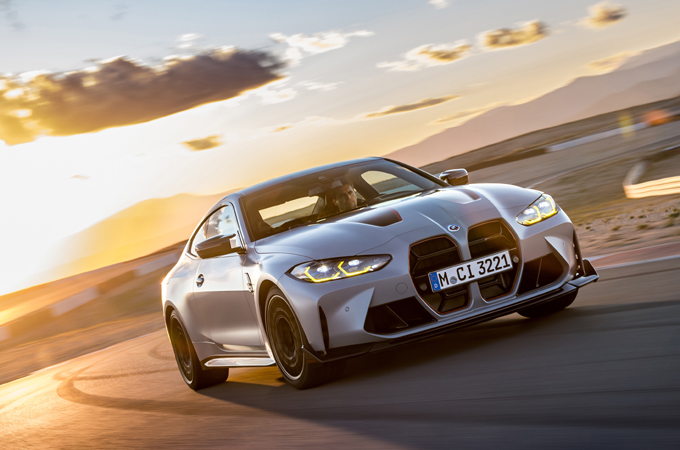 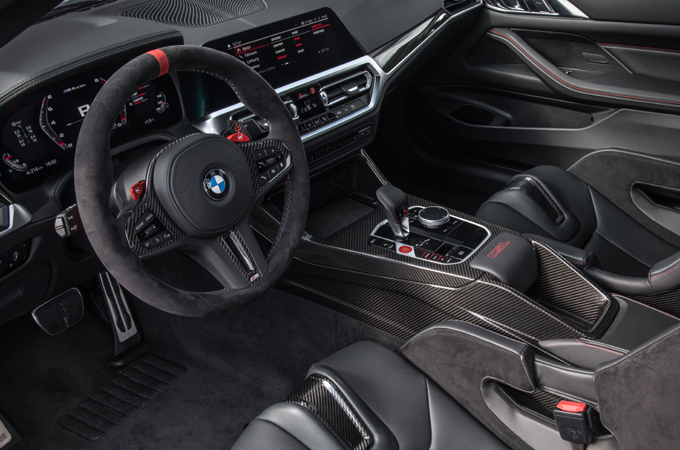 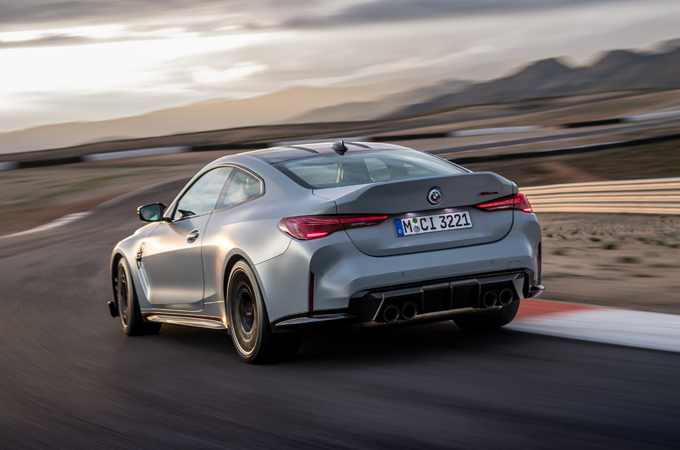