Ultra-prime homes sales, or homes that cost more than $10 million have reached record levels in Dubai, according to a new whitepaper by global property consultancy, Knight Frank.

Faisal Durrani, Partner – Head of Middle East Research at Knight Frank, explained: “The international elite continue to have an insatiable appetite for Dubai’s most luxurious homes, and this has driven $10 million home sales to an all-time record high of 93 in 2021, more than the last five years combined. In fact, 2021 accounts for 39% of all $10 million home sales in Dubai since 2010. This underscores the phenomenal depth of demand at the top end of the market. And these UHNWI continue to pour into the city’s luxury residential market from locations such as India, Russia and Europe, including buyers from Switzerland and Monaco.

“What’s more, our Prime Dubai Index, which encapsulates Emirates Hills, Jumeirah Bay Island and the Palm Jumeirah, have together seen house prices climb by 44.4% in the 12-months to the end of September 2021. Interestingly this isn’t the quickest rate of expansion; that accolade goes to Q3 2017, when prime values rose by 57.3%,” he said.

Knight Frank’s analysis reveals that the picture is however somewhat different in the more mainstream market, particularly when it comes to apartments. The pandemic continues to fuel the race for space as working habits shift. Larger homes remain in high demand, and this is reflected in the fact that villa transactions continue to climb. Indeed, in Q4, the market registered a 29% quarterly increase in the number of villas sold.

Villa prices have jumped nearly 22% since the start of the pandemic, while apartment values have not had the same increases, over the same period, Knight Frank’s research reveals.

“The big question on everyone’s mind is whether this is the start of another price-bubble. And the answer is: it’s complicated, but probably not. It really depends on which price points you look at. While supply remains a perennial downside risk, total stock in Prime Dubai forms a fraction of the wider market. In 2022, just 3.6% of what’s planned will be delivered in Prime submarkets and this is where demand continues to intensify, suggesting there is still room for further price expansion in this segment of the market," he said.

“Overall, prices clearly cannot rise indefinitely and more buyers in the mainstream market are pausing to ask if prices represent ‘good value’. Evidence already suggests that the 21.2% villa price growth of 2021 is starting to slow. Price growth is likely to slow this year, there’s no two ways about it. The Prime and super-prime end of the market will however outperform as luxury and uber-luxury supply remains so negligible and Dubai’s handling of the pandemic has fostered an overwhelming sense of positivity which we see reflected in the market and in economic performance,”, Durrani said.

According to Knight Frank, affordability and the memory of previous extreme volatility in the emirate’s market will certainly play a big part in dampening the enthusiasm to enter the market at a point perceived to be a peak. However, we are only over a year into this third cycle and overall prices are still 26.6% below the last market high. Furthermore, previous cycles have lasted almost a decade. It is likely that values will begin stagnating, rather than falling.

Andrew Cummings, Partner – Head of Prime Residential at Knight Frank Middle East, added: “In December 2020 Dubai was the world’s first major city to reopen its borders, following a single six-week lockdown, sending a very strong message to international travellers and investors. In such a sentiment-driven market, this has had unintended, but positive consequences Several record-breaking deals have been recorded since the start of the pandemic as result of this flood of UHNWI-linked capital.

“Indeed, a new record was set last summer with the $32.9 million sale of a villa on Jumeirah Bay Island to a European buyer. And prior to the sale of the Jumeirah Bay Island mansion, the most expensive home to sell in 2021 was on the Palm Jumeirah, where One100 Palm sold for over $30 million last Spring. Land plots too have registered record deal sizes, with a double plot on Jumeirah Bay Island selling for AED150 million in January 2022 – the highest price on record for land on the island,” he said. 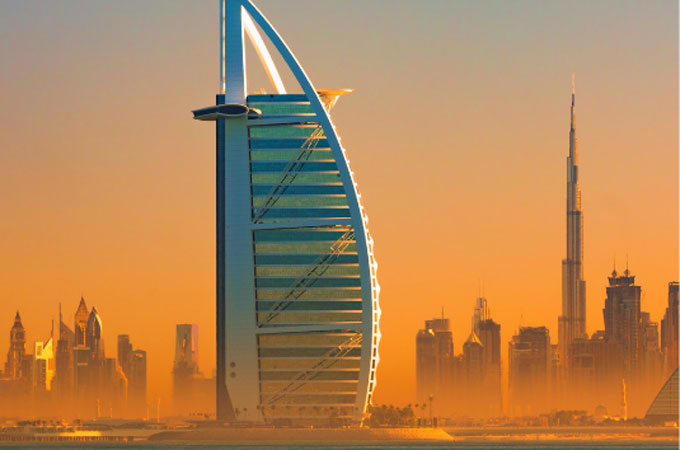 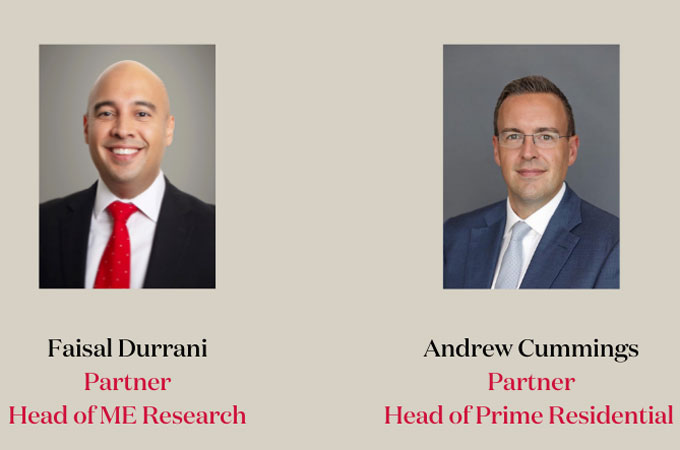