Exclusive riverside residences on London’s North Bank are being offered to discerning investors in the Gulf as a “rare investment opportunity”.

More than half of the residences at the recently launched Riverside luxury waterfront development on the North Bank have already been sold, with the remaining units expected to be snapped up due to limited availability in the area.

Currently one of the only residential schemes being developed on the northern embankment in the UK capital, Riverwalk comprises 116 highly specified one-, two-, three- and four-bedroom apartments and penthouses.

Over 60 per cent of apartments have sold since the development launched earlier this year, largely due to its unique riverside location in Westminster.

Due for completion in 2015, prices of the remaining units start from £1.25 million ($3.32 million), according to Ronson Capital Partners (RCP), the developer.

Central London’s riverside properties are among the most sought-after by buyers from around the world, whether as a home, pied-a-terre or an investment, says RCP.

However, data from Molior London reveals that there are 8,000 more residential units in the pipeline on the South Bank than on the North Bank of the Thames, it points out.

Along the South Bank from Battersea Bridge to Blackfriars Bridge planning permission has been granted for 8,500 apartments. In comparison to the development surge on the southern stretch of the river, only 500 residential units have been given planning permission on the northern embankment, it says.

With 17 times more new apartments being built on the South Bank, limited development on the north bank of the Thames - especially in an SW1 post code - is driving demand for Riverwalk, says Lisa Ronson, Commercial Director of Ronson Capital Partners.

“The exclusivity of an SW1 post code on the north bank of the Thames, coupled with panoramic river views and an exceptional specification, makes Riverwalk a rare opportunity to buy at one of London’s top addresses,” she says.

Designed by Stanton Williams, a winner of The Royal Institute of British Architects’ (RIBA) Stirling Prize in 2012, Riverwalk responds to its riverfront location with interlocking curves that create a bold, sculptural building.

Spread across two organically shaped buildings of six and 17 floors respectively, the apartments have a variety of layouts, each carefully designed to maximise space and views.

With generous proportions, ceiling heights of up to 2.75 m and floor-to-ceiling glazing, the apartments will have exceptional levels of natural light. Extensive balconies flow seamlessly around the building offering panoramic views of the Thames, Westminster and beyond.

The curved balconies and terraces give Riverwalk its distinctive shape and remarkable footprint, and allow the majority of apartments to have prominent river views.

Riverwalk’s inter-connected buildings, West and East, have a form that is organic in nature and unlike any other building on the river, according to the developer.

Bathrooms are designed to be calm spaces for relaxation, with elegant lines and a sophisticated colour palette.

Residences will have bespoke designed kitchens by Boffi and kitchen appliances from Miele and Gaggenau.

The development has a reception that is staffed 24 hours a day, concierge and valet parking services, underground parking with CCTV coverage, and a fully equipped fitness suite overlooking the Thames, benefitting from riverside views.

RCP is an investment firm established by Gerald Ronson, founder and Chief Executive of Heron International, one of Europe’s leading property development companies with operations in the UK and Continental Europe.

The firm has extensive experience in delivering highly specified Central London residential projects with a focus on excellence in terms of design, detail and service.

In addition, RCP has chosen a selection of excellent partners, contractors and consultants with the experience and expertise to deliver a premier development.

RCP’s maiden investment was International House in Chiltern Street, Marylebone, London. The team behind RCP also developed The Heron in the City of London.

Knight Frank and Savills are joint selling agents for Riverside.

Meanwhile, Gerald’s brother Lawrence Ronson, who specialises in real estate, will be visiting Qatar’s capital Doha, as well as Dubai and Abu Dhabi in the UAE, taking to potential Gulf investors who are interested in the project. 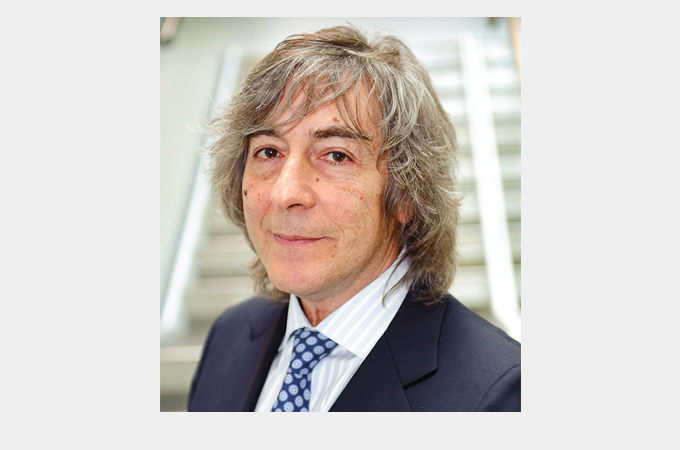