Masterpieces by Leonardo da Vinci and Vincent van Gogh will be among 300 works displayed at the new Louvre Abu Dhabi museum in the UAE, which is being built at a cost of $630 million and is on track to open in December next year.

The museum will feature paintings and sculptures from 13 of France’s most renowned collections spanning from pre-Bronze Age to pop art.

“This will be the first time many of these works will travel to Abu Dhabi or even the Middle East, and are a rare opportunity to see important art from French museums,” said Sultan bin Tahnoon Al Nahyan, Chairman of Abu Dhabi Tourism & Culture Authority (TCA Abu Dhabi), the developer behind the project.

The loaned works include da Vinci’s Portrait of an Unknown Woman, Claude Monet’s Saint Lazare Station and Andy Warhol’s Big Electric Chair, as well as ancient statues, vases and masks from across Asia and Africa.

Many of France’s grand museums, including the Louvre, Musee d’Orsay and the Palace of Versailles will loan art to Abu Dhabi as part of a 30-year collaboration with the emirate worth $1.3 billion.

Fleur Pellerin, French Minister of Culture and Communication, declared that the announcement of the loans from French museums for the opening of the Louvre Abu Dhabi represents a major step in this great project.

“It is an acknowledgement of both the extraordinary richness of our national collections and the expertise of our museums.  These masterpieces loaned by the 13 partner French museums and public institutions, will implement a new dialogue between different world cultures and civilisations, in in a spirit of universalism that France is proud to promote throughout the world,” he said.

The selection was overseen by TCA Abu Dhabi, Agence France-Muséums (AFM) and the lending museums in line with the museum’s scientific and cultural programme.

In addition to the loan of art works, its role includes the definition of the museum’s scientific and cultural programme, assistance with project management including visitor policies and most importantly knowledge transfer and the training of UAE nationals in the field of museums, including internships in the French museums that comprise AFM.

The number of works loaned by French institutions will decrease over a 10-year period as Louvre Abu Dhabi continues to build up its collection. The works will be on show from three months to two years, depending largely on the narrative, the conservation and the preservation requirements of each piece. Louvre Abu Dhabi will follow the highest international standards and requirements for transport, presentation and conservation of artworks.

Among artworks from antiquity heading to Abu Dhabi are a 4,000-year-old statue of Mesopotamian ruler Gudea, a figurine of King Ramses II from Egypt’s 19th dynasty, and a 16th century ornate Nigerian salt seller.

Born of an intergovernmental agreement between Abu Dhabi and France in 2007, Louvre Abu Dhabi will display artworks and objects of historical, cultural and sociological significance – from prehistory to the contemporary. An innovative vision, the narrative will explore the relations between art traditions from a global perspective, while offering viewpoints from various cultures.

The 64,000-sq-m Louvre Abu Dhabi, currently being built on the island of Saadiyet, will have 6,000 sq m dedicated to permanent installations and 2,000 sq m set aside for temporary exhibitions. 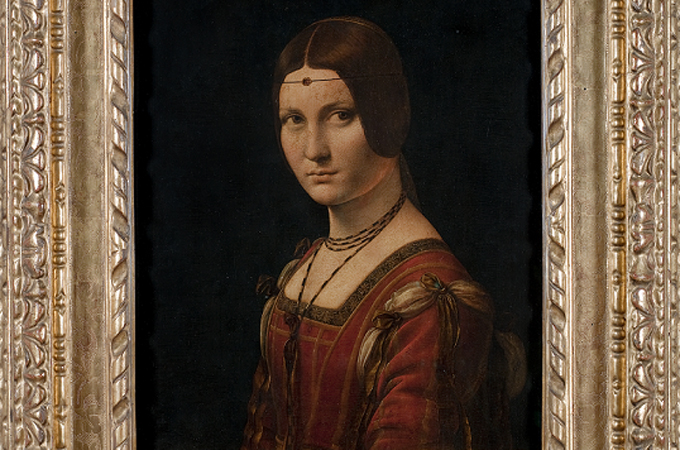