Ultra-luxury residences at a new destination in Dubai are to be launched at the Cityscape Global exhibition, which opens tomorrow.

The Residence Collection forms part of the Al Habtoor City multi-use development which includes three luxury hotels including the St Regis Dubai, which is set to open its doors next month.

AL Habtoor City is being developed by the UAE conglomerate Al Habtoor and the entire development will be showcased at Cityscape Global which runs from September 8 to 10 at the Dubai World Trade Centre.
Khalaf Ahmad Al Habtoor, founder and Chairman of the Group, will personally welcome visitors to the Al Habtoor City stand (B10, Hall 5) from 10 am on the first two days of the exhibition.

Al Habtoor said: “The Residence Collection, Al Habtoor City is the epitome of luxury unmatched with any other project in the world. We are extremely delighted to present this new luxury landmark in the heart of Dubai. Al Habtoor City will be an all-encompassing hospitality, residential and leisure destination in Dubai with unparalleled amenities.”

Visitors will be able to meet Chairman Al Habtoor and see details of the project, which covers a total built up area of 8.5 million square foot of hospitality, residential and retail space. It marks the group’s first appearance at Cityscape Global as it establishes a strong position among the UAE’s leading developers.

Al Habtoor City sits is located on Sheikh Zayed Road by the newly developed Dubai Water Canal and is integrated into the RTA network, which includes major roads, rail, as well as water taxis.

It lies within easy reach of the main landmarks in Dubai. It is close to Business Bay, and the Dubai International Financial Centre, Downtown, as well as the city’s major malls.

In addition, there is an array of retail and leisure facilities lining The Boulevard and the Marina Promenade, including boutiques, stylish cafés, signature restaurants, and a tennis academy with four courts, including an air-conditioned court for year-round play.

The new community with also incorporate a supermarket chain, a clinic and pharmacy, and more than 5,000 parking spaces.

Al Habtoor added: “The demand is rising for high-end mixed-use living. Today’s modern families are seeking integrated communities with everything under one roof. We have taken it one step further by incorporating three luxury residential towers with world-class hotels. Al Habtoor City is a one-stop destination. It is the first integrated residential, hospitality and entertainment complex built on Sheikh Zayed Road and the Dubai Water Canal.”

Residents will have access to Al Habtoor City’s world-class amenities, which include the largest swimming pool podium in the UAE, a state-of-the-art gym and access to amenities within the hotel complex. 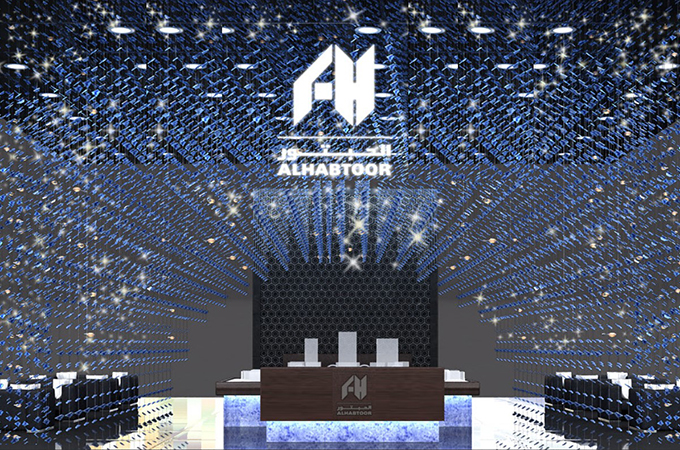