In keeping with the third season’s theme of exchanges between East and West, this international exhibition marks the second major collaboration with the Centre Pompidou and is sponsored by Montblanc, a Maison whose innovative craftsmanship continues to influence the culture of writing. Charting sites of mutual inspiration around the world, and dedicated to artistic practices of abstraction, the show explores how 20th Century artists established a new visual language by merging text and image, inspired by the earliest forms of mark-making and, particularly, calligraphy.

Apart from the 101 masterworks on loan, seven works from Louvre Abu Dhabi’s permanent collection, and two monumental artworks by contemporary artists whose current-day practices bring recurring themes of the exhibition to life will also be showcased.

Organised in four themed sections, the exhibition will investigate the timeline of abstraction as a new visual language established by artists in the early 20th Century. By highlighting the rich cultural exchange taking place at that time, visitors will discover how the abstract movements were inspired by a plethora of signs and symbols, philosophies, and artistic techniques from cultures and societies far from European and American capitals.

Artists including Paul Klee, André Masson, Vassily Kandinsky, Cy Twombly, Lee Krasner, and Jackson Pollock sought a new universal language that enabled them to express their emotions in response to a rapidly changing society, breaking away from figurative conventions. The show will also focus on how these same influences informed the practices of artists from the region – from Dia Azzawi and Anwar Jalal Shemza, to Ghada Amer, Shirazeh Houshiary, and Mona Hatoum.

The exhibition will be completed with installations from two contemporary artists, eL Seed and Sanki King, exploring how artists today are still seeking new visual forms to respond to current societal changes.

“It is with pride and great excitement that we welcome the opening of the first Louvre Abu Dhabi international exhibition of 2021, especially as masterworks from so many illustrious lending partners will be on show here at Louvre Abu Dhabi, and in the region, for the very first time,” remarked Mohamed Khalifa Al Mubarak, Chairman of the Department of Culture and Tourism-Abu Dhabi. “Museums, with their ability to inspire curiosity, discovery and learning, are essential to every society, and we hold them in particular regard here in Abu Dhabi. It has become more apparent than ever the increasingly important role that art and culture play in our lives, providing wonder, intellectual stimulation and comfort, as well as a sense of connection to others in our communities and far beyond. What is also clear, and what was a primary message of the Reframing Museums symposium in November, is that trust and solidarity between countries and between arts institutions are what will ensure a vibrant future for a collaborative, international cultural sector.”

Manuel Rabaté, Director of Louvre Abu Dhabi, commented: “We are emerging from the very difficult past year of 2020, and it is a pleasure to invite the great curator Didier Ottinger to explore the relationship between abstraction and calligraphy, two visual languages, intimately entwined. Louvre Abu Dhabi will offer audiences an exploration of a universal language through pictograms, signs, symbols, lines, and other traces of the hands of the artists. This second major collaboration with Centre Pompidou brings their abstract masterworks – of Cy Twombly, Lee Ufan, Vassily Kandinsky, Henri Michaux, Juan Miró, Christian Dotremont, Jean Dubuffet, André Masson, Nasser Al Salem and Brice Marden – here to Abu Dhabi for the first time. This exhibition speaks to the strength of our partner network of museums, and the mutual trust we share in the interest of offering access and moments of discovery to our audiences. We are ready and waiting to welcome visitors back safely, offering this rare opportunity to see so many abstract masterpieces displayed side-by-side with the numerous global influences that shaped this visual language.”

The first section of the show will focus on pictograms, symbolic figurative images that represented words and ideas in writing in ancient civilisations in Mesopotamia and Egypt. Work presented will include a painting by Swiss-German artist Paul Klee, who – inspired by his travels to Tunisia – created artwork that combined elements of images and letters stemming from his fascination with Egyptian hieroglyphics. His work influenced artists such as Joaquín Torres-García from Spain, Iraqi artist Dia Al-Azzawi and Pakistani artist Anwar Jalal Shemza. This section will also include works from American artist Adolph Gottlieb, inspired by images from Native American art, and French artist André Masson, who was inspired by 17th century Indian figurative inscriptions and Arabic calligraphy.

In line with the history of writing, the second section will focus on signs, which by their very form can express universal ideas. Works on show will include studies of signs by Russian artist Vassily Kandinsky, considered by many to be one of the inventors of abstract art. As an act of resistance to the Western world ravaged by war, many artists turned to Japan and China for inspiration. The signs traced in works by French-Hungarian painter Judit Reigl and German-French painter Hans Hartung echo symbols used by Chinese and Japanese calligraphers. The show will furthermore include works from French artists Georges Mathieu, who tried to develop a lyric and rapid gesture, and Julius Bissier, who was influenced by the Chinese philosophy of Taoism. Finally, Mona Hatoum’s works endeavour to create a new alphabet of signs through found objects.

The third section will be devoted to lineaments, revealing how Western artists appropriated the energy of Eastern calligraphy in their brushstrokes to produce free and fluid lines. In opposition to Western artistic inclination, the Surrealist movement invented a drawing technique called Automatism, using automatic movements to express the subconscious. It allowed them to artistically respond to a tumultuous interwar period between World War I and World War II. On display will be works by Surrealist André Masson as well as works by Jackson Pollock, Philip Guston, and Willem de Kooning, who were all influenced by Masson. Visitors will be able to see Jean Dubuffet’s primitive creations, inspired by a combination of graffiti, rock paintings and children’s drawings. Also on show will be Cy Twombly’s gestural drawings for curtains of the Opéra de Paris and Lee Krasner’s works, which take their inspiration from Kufic script from the Iraqi city of Kufa, the birthplace of Arabic calligraphy.

The exhibition will conclude with a section showing how both Western and Eastern artists incorporated calligraphy into their practice, such as Spanish artist Joan Miró, who referenced how closely painting and poetry are linked in the East. Following in his footsteps, the poets Brion Gysin, Henri Michaux and Christian Dotremont pursued the same path by painting poetry, inspired by their trips to North Africa, China and Lapland, respectively. Henri Matisse’s studies for his illustrated book Jazz, which he called “arabesques” in a tribute to Arabic writing, are also included here. Viewers will also discover how regional artists, including Shakir Hassan Al Said and Sliman Mansour, sought to free calligraphy from its purely linguistic function. This section will be completed by two original monumental artworks from contemporary artists—French-Tunisian artist eL Seed and Pakistani artist Sanki King. 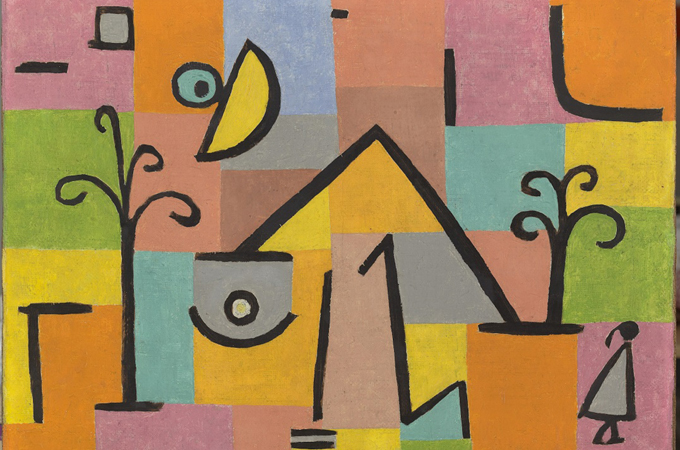 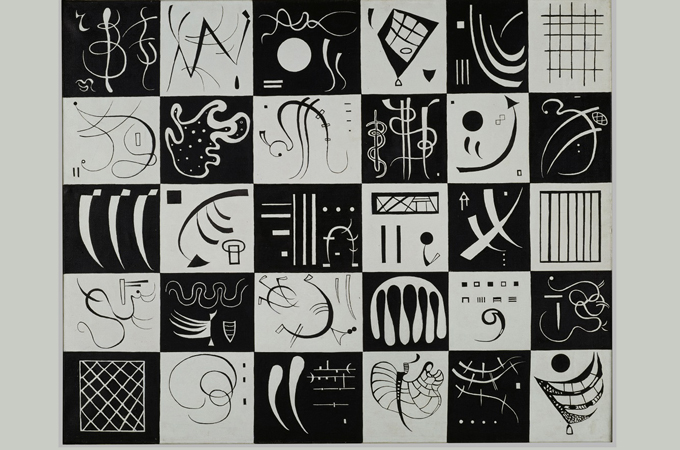