Prices for prime residences in major cities across the world have risen over the last year though at a slower pace, with Vancouver in Canada, Miami in the US and Sydney in Australia emerging as the top three markets, a report has revealed.

Prices in the UAE city of Dubai, meanwhile, have fallen by 4.5 per cent over the past year, the UK-based Frank Knight said in its Prime Global Cities Index Q2 Research Report.

The Prime Global Cities Index, which tracks luxury residential price movements across 35 cities worldwide, has been rising for 22 consecutive quarters but the pace of growth has almost halved over the last year (June 2014-June 2015) with annual growth falling from 5.2 per cent to 2.5 per cent, the latest report from the residential and commercial property consultancy revealed.

She continued: “A year ago eight cities recorded double-digit annual price growth (with Jakarta and Dublin exceeding 20 per cent per annum), this quarter only four cities fell within this bracket.

“Vancouver, Miami and Sydney are the top performers this quarter with prime prices increasing by 15 per cent, 14 per cent and 13 per cent respectively in the year to June. Low interest rate environments, expanding economies and safe haven capital flows have proved influential market drivers.

“Asian cities - with the exception of Singapore and Mainland China - are rising up the rankings with seven of the top ten cities now based in the Asia Pacific region. A breakdown by world region shows Australasia on top recording average growth of 10.2 per cent over the 12-month period, Europe is bringing up the rear but has broken into positive territory with average growth of 0.8 per cent.

“Monaco is Europe’s top-performing city, the Principality has seen an upturn in sales in the last 12 months which has pushed prime prices up by 7 per cent in annual terms. According to IMSEE, Monaco’s statistics office, total sales volumes reached €2 billion ($2.21 billion) in 2014, exceeding 2007’s peak.”

With the dirham pegged to the US dollar, a strong currency is affecting Dubai’s luxury housing market leading to a 4.5 per cent dip in prime prices in the year to June. Two key sources of demand, buyers from both the Eurozone and Russia are, as a result, less active, she noted.

The paths of Hong Kong and Singapore have deviated this quarter.

Despite Hong Kong’s new cooling measure - a 40 per cent deposit is required for properties under HK$7 million ($900,000) - luxury prices increased by almost 7 per cent in the year to June. Singapore, on the other hand, saw prime prices decline by 15 per cent over the same period and is home to the index’s weakest-performing luxury housing market for the sixth consecutive quarter, she said.

Prime property corresponds to the top 5 per cent of the wider housing market in each city. The index is compiled on a quarterly basis using data from Knight Frank’s network of global offices and research teams. 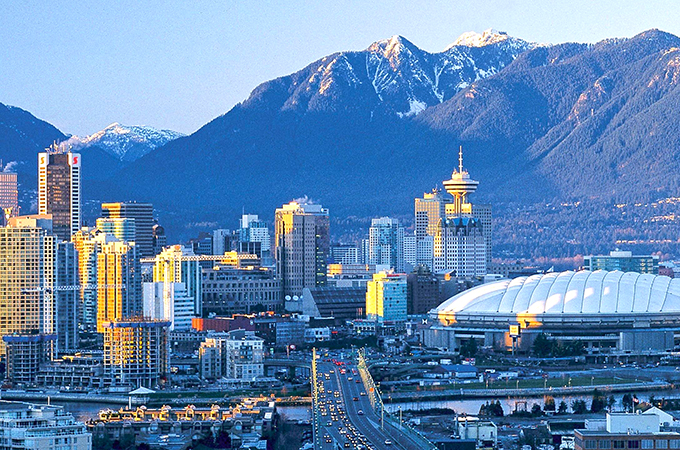 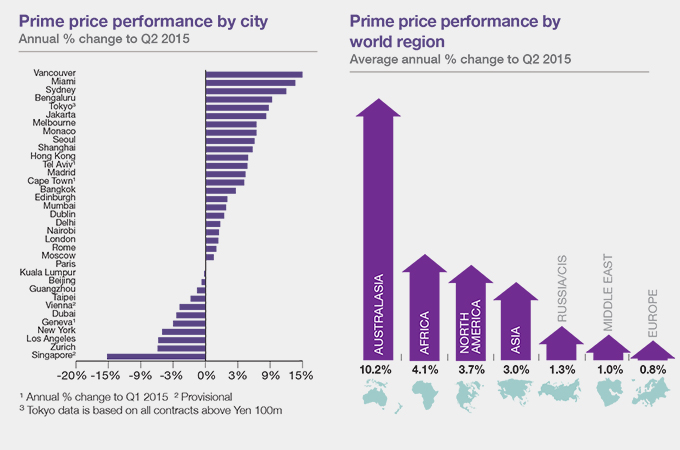