Following a lively bidding battle in the UK and US on October 30, ‘The Lion’ was finally sold when the gavel of auctioneer Malcolm Barber fell in favour of the Bedfordshire-based Saunders Steam Collection, one of the largest steam collections in the UK.

The new owner, John Saunders, said The Lion was a “late birthday present” to himself and that he was looking forward to displaying the engine at steam fairs and shows next year.

The Lion was offered from the collection of the late steam enthusiast Arthur Thomson of Salisbury, along with two other vehicles – a 1902 Arrol-Johnston 10/12hp twin-cylinder six-seater Dogcart which sold for £96,600 and a 1910 White Model 0-0 five-passenger touring steam car which steamed ahead of its top estimate, selling for £80,500.

Just one of four ‘Super Lion’ showman’s road locomotives, the 1932 Fowler 10hp ‘B6’ known as The Lion was originally built by agricultural engineers Fowler for the Bristol-based Showman Troupe Alderton and Rowland. In its working life, The Lion powered popular fairground rides of the period, such as the ‘Noah’s Ark’.

The Lion had had only two other previous owners, both based in the West Country, with Arthur Thomson buying the machine in 1995 when he oversaw its complete restoration over two-and-a-half years to its former glory. In his ownership, The Lion made frequent appearances at steam rallies and other events including the Great Dorset Steam Fair and the Royal Bath & West Show.

Tim Schofield, Head of Department, Bonhams Motor Cars UK, said: “This was the first time we had offered one of these particular machines and we are delighted with the result. The Lion has certainly made an impact, both in the saleroom and in New Bond Street when it arrived.”

Other highlights from the sale included:

1901 Panhard-Levassor Type A2 7HP twin-cylinder rear-entrance Tonneau, sold for £322,000: One of a handful of survivors of the transitional 7hp Daimler-Phoenix-engined Panhards which were delivered in 1901. It is known as the ‘first modern motor car’ due to its front-mounted engine, a three-speed manual transmission, piano-style pedals and a steering-wheel in place of a tiller, known as the ‘système Panhard’.

At one time, this motor car formed part of the renowned Schlumpf Collection, belonging to the textile magnate brothers in Mulhouse, and then was owned by the Mercedes-Benz Museum Collection until 2010.

The Panhard was sold above its top estimate to a telephone bidder from Germany following a multi-way bidding battle between European and UK bidders.

1929 Bugatti Type 40 Grand Sport Open Tourer, sold for £310,500: Produced in the heyday of Bugatti’s Grand Prix success, the Type 40 offered exceptional handling, braking and performance, with a top speed of 75mph. A remarkably original example, it is one of fewer than 200 known surviving Grand Sports, owned by the vendor since 1957.

1924 Vauxhall 30-98 OE Velox Tourer, sold for £258,750: Considered the finest British sporting vintage car, the 30-98 set a new record at the Shelsley Walsh Hill Climb and more powerful OE versions enjoyed success at the famous Brooklands motor circuit. This original bodied example had been owned by its vendor since 1968.

1903 Thornycroft 20hp four-cylinder Double Phaeton, sold for £304,750: A rare survivor from the British manufacturer, owned until 1957 by company founder Tom Thornycroft. Offered in concours condition, the Thornycroft has successfully completed all the London to Brighton veteran car runs it has entered – often carrying six people.

The sale was held as a traditional live auction, albeit with a more limited attendance than usual, respecting social distancing and all Covid-19 related guidelines.

Schofield said: “We were pleased with the enthusiastic response to our new ‘Golden Age’ sale which brought together the best of the pioneers, vintage and pre-war cars. We look forward to seeing the successfully sold veteran cars with their new owners on the London to Brighton Run next year.” 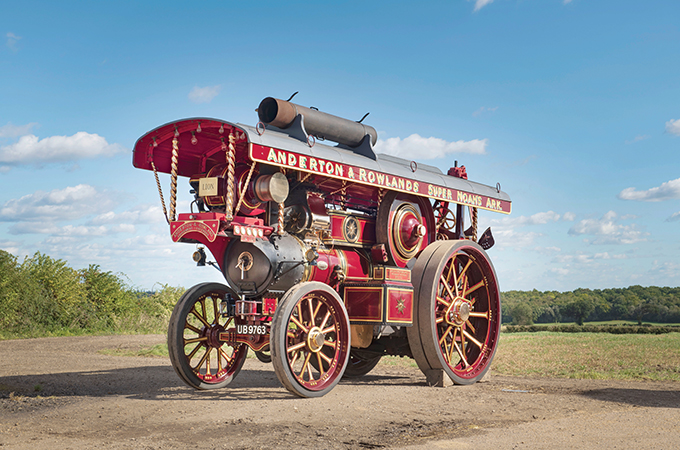 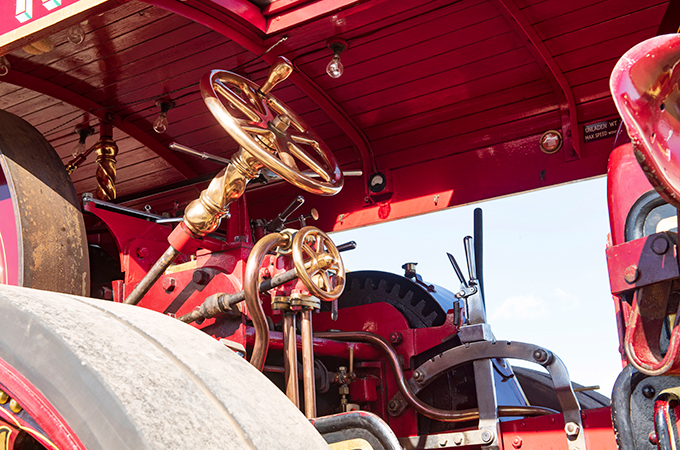 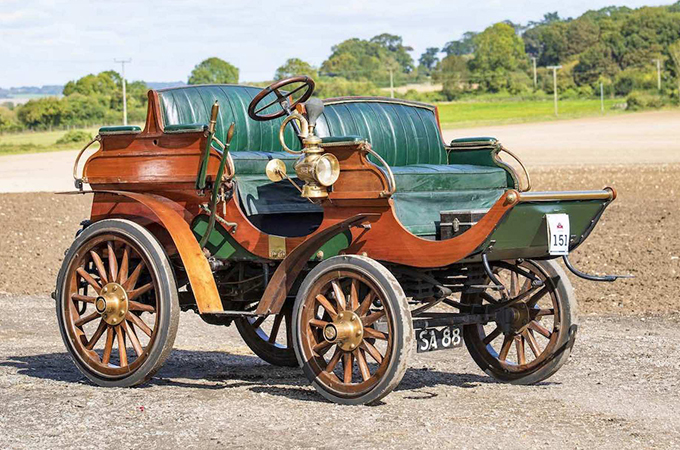 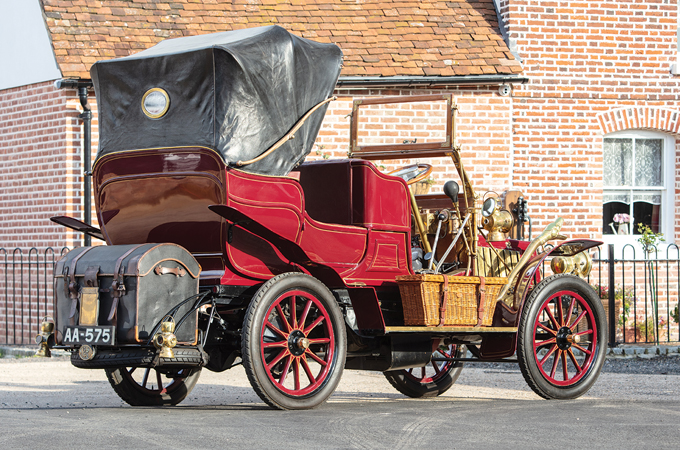 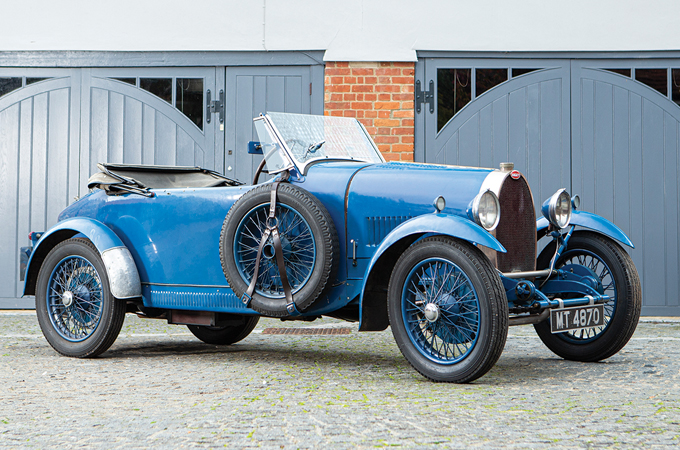 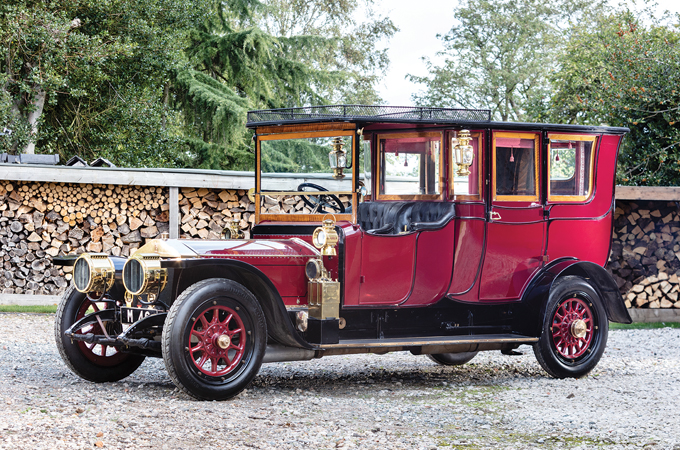 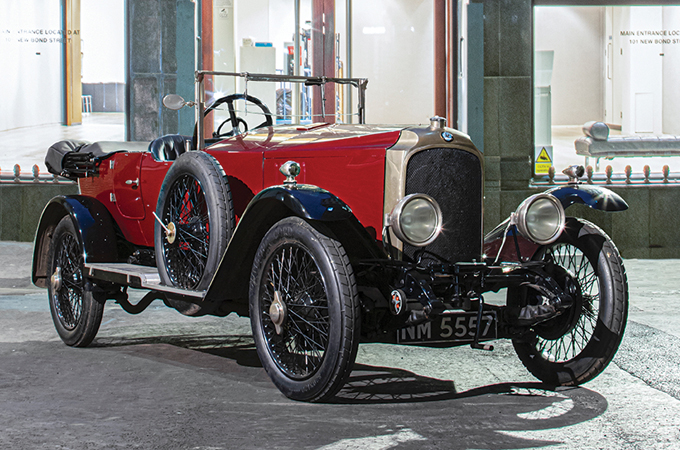 "
Just one of four ‘Super Lion’ showman’s road locomotives, the 1932 Fowler 10hp ‘B6’ – known as ‘The Lion’ – made a huge impact at the Bonhams The Golden Age of Motoring Sale