The figure is down 4 per cent in deliveries from the 10-year forecast a year ago, says Honeywell’s 29th annual Global Business Aviation Outlook.

Despite the dip, 4 of 5 business jet operators in the survey indicate that purchase plans have not been affected by the Covid-19 pandemic.

Short-term reductions in both deliveries and expenditures due to the Covid-19 pandemic aren’t expected to have a lasting impact on the business jet industry, says the study.

“Business jet usage is expected to rebound to 80 per cent to 85 per cent of 2019 levels in the 4th quarter of 2020 and fully rebound by the middle of 2021, indicating demand for business jet travel is returning after the global pandemic caused a slowdown in the industry earlier this year,” says Heath Patrick, President, Americas Aftermarket, Honeywell Aerospace.

“The information we gleaned from operators shows a less than 1 per cent decline in five-year purchase plans, so despite the short-term effects of the pandemic, we don’t expect long-term changes to purchase plans or to the overall health of the business jet market,” he adds.

Key findings in the 2020 Honeywell Global Business Aviation Outlook include:

• Five-year purchase plans for new business jets are down less than one percentage point compared with last year’s survey;

• Among those purchase plans of new business jets over the next five years, 30 per cent are expected to occur in the next two years. This is 5 percentage points lower than last year’s survey, due mainly to near-term uncertainty;

• Operators plan to make new jet purchases equivalent to about 16 per cent of their fleets over the next five years as replacements or additions to their current fleet;

• Operators continue to focus on larger-cabin aircraft classes, from large cabin through ultralong-range aircraft, which are expected to account for more than 70 per cent of all expenditures of new business jets in the next five years.

• 82 per cent of respondents in North America expect to operate their business jets less frequently in 2020 versus 2019. Other regions are seeing similar declines. Global business jet usage is expected to recover to 2019 levels by the second half of 2021;

Higher purchase plans were reported for the Middle East and Africa region, following a five-year low in 2019. Around 16 per cent of respondents said they will replace or add to their fleet with a new jet purchase, up from 12 per cent last year in this region. About 26 per cent of operators in this year’s survey plan to purchase new business jets within the next year, up from 20 per cent in last year’s survey.

The share of projected five-year global demand attributed to the Middle East and Africa is 4 per cent, in line with the historical range of 4 per cent to 6 per cent. 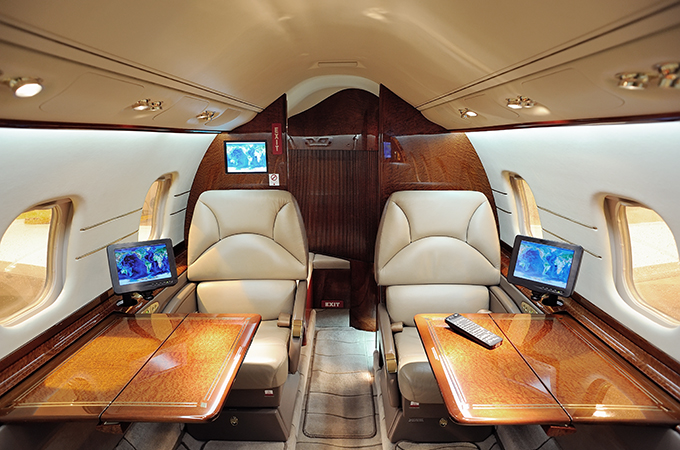 "
Short-term reductions in both deliveries and expenditures due to the Covid-19 pandemic will not have a lasting impact on the business jet industry, says a study