Jewels that once belonged to Maharani Jindan Kaur, last wife of Maharajah Ranjit Singh, the Lion of Punjab, lead Bonhams Islamic and Indian Art Sale in London on October 26.

The only surviving widow of Ranjit Singh, Jindan Kaur (1817-1863) led spirited resistance to the encroachment of the British into the Punjab, but was eventually forced to surrender. More than 600 pieces of her jewellery from the legendary treasury of Lahore were confiscated, and she was imprisoned before escaping to Nepal in 1848. The jewellery in the sale was almost certainly within the casket of jewels handed back to Maharani Jindan Kaur by the British authorities when she agreed to live in London with her son, Duleep Singh, with whom she was reunited in Calcutta in 1861.

Although Prince Duleep Singh eventually returned to Lahore, his eldest daughter Princess Bamba remained in England, where she had been born and raised (the Princess attended Oxford University and medical school in America). A frequent visitor to her ancestral home, the Princess settled permanently in Lahore towards the end of her life, presenting the jewels to her companion and friend, Mrs Dora Crowe.

Bonhams Head of Islamic and Indian Art, Oliver White said: “These are wonderful jewels in their own right, made more special still by their rich and fascinating history – the circular stoned gold and mirrored brooch was, according to Princess Bamba, formerly part of Maharajah Duleep Singh's horse harness. They represent a remarkable link back to one of the richest treasuries in the world.”

* A large and impressive portrait, dated 1853 of Rajah Shere Singh Attariwala, Sikh commander and general, once owned by the Marquess of Dalhousie, Governor-General of India by Colesworthy Grant (1813-1880). The Rajah was a formidable commander during the Second Anglo-Sikh War (1848-49). The Sikh Khalsa Army was under his command at the Battle of Chillianwallah in January 1849, one of the hardest fought battles in the history of the British Army. After defeat at the Battle of Gujarat in February 1849, he was imprisoned at Allahabad and later transferred to Fort William, Calcutta until January 1854. He died in exile in Benares in 1858. Estimate: £35,000-45,000.

* A portrait of Viscount Hardinge of Lahore, Governor-General of India, accompanied by his two sons and his aide-de-camp Colonel Wood, on the battlefield after the victory at Ferozeshah during the first Anglo-Sikh war by Sir Francis Grant (1803-78). The painting is based on a sketch executed on the spot at this significant moment by the Charles Stewart Hardinge (Lord Hardinge's eldest son and secretary. He appears in the painting, wearing a white solar topee, immediately behind his father who is wearing a French- gilt sword that once belonged to Napoleon). After distinguishing himself in the Peninsular and Napoleonic Wars, Lord Hardinge pursued a political career, serving as Minister of War before in 1844 being appointed Governor General of India. His military successes earned him a Viscounty. Estimate: £40,000-60,000. 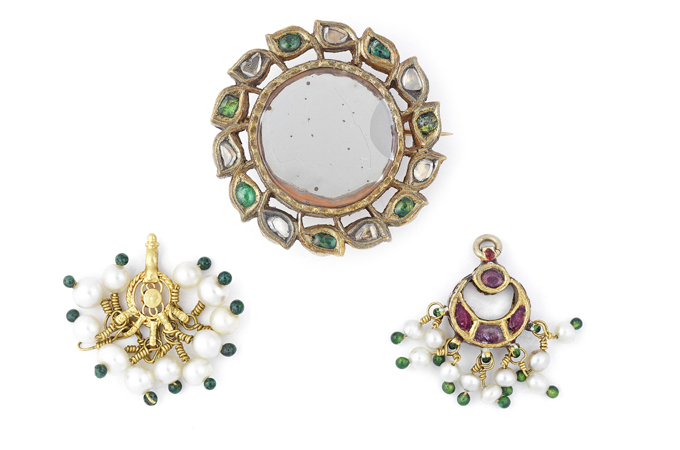 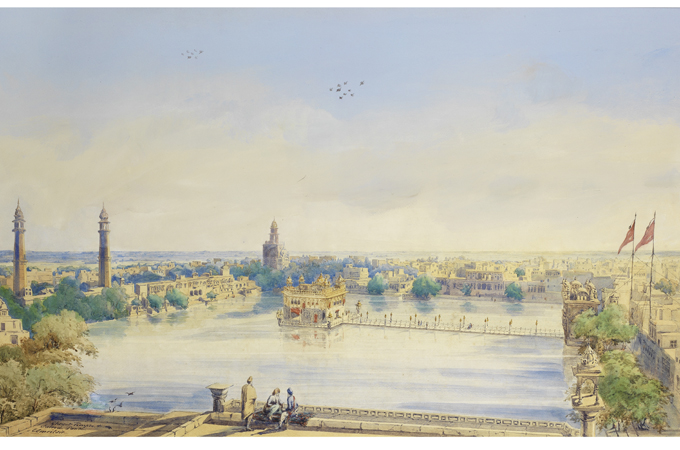 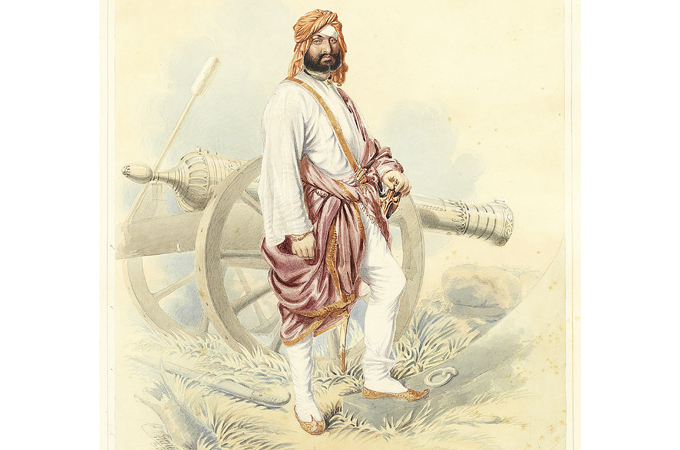 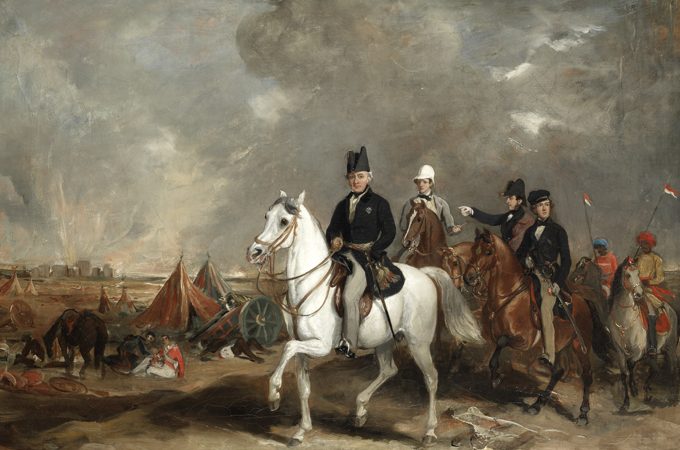