A superyacht built by Oceanco sailed off with the top award at this year’s edition of the Monaco Yacht Show (MYS), which was held at Port Hercules in Monaco from September 24 to 27.

The exhibition, which was opened by its patron His Serene Highness Prince Albert, attracted more than 115 exhibitors and 34,000 visitors including high profile people from all over the world, and included the coveted Awards ceremony.

Given the high percentage of brand-new yachts launched in 2014 at the show, each nomination was selected from the 40 new builds at the show, and the inventory was nothing short of spectacular, said Gaelle Tallarida, the show’s Managing Director, while welcoming participants to the show.

The Best in Show award for the best overall yacht launched within the last two years at the show went to the brand-new 91.5-m superyacht Equanimity, built by the revered Oceanco yard.

The Best Interior award went to the brand-new Perini Navi motor yacht Grace E, a 73-m yacht was built from Perini Navi's Picchiotti range featuring a close collaboration with Remi Tessier.
The Best Exterior was given to Solandge, an 85.5-m Lurssen motor yacht with subtle lines and an unforgettable profile by Espen Oeino.

Among other honours, the RINA Green Plus Yacht Award was given to Entourage for her construction which conformed to the environmental standards set by the Italian classification company.

Also, an honourable award to the new construction project Yersin, built by a resident Monaco owner.

Yersin will be used for the scientific and environmental researches led by the ASE (Adventure – Science – Education) project.

The 24th edition of the show has shown clear signs of the exhibition's evolution, and for a shipyard or designer to be given even further recognition by this institution is a clear victory for those involved, the spokesman concluded. 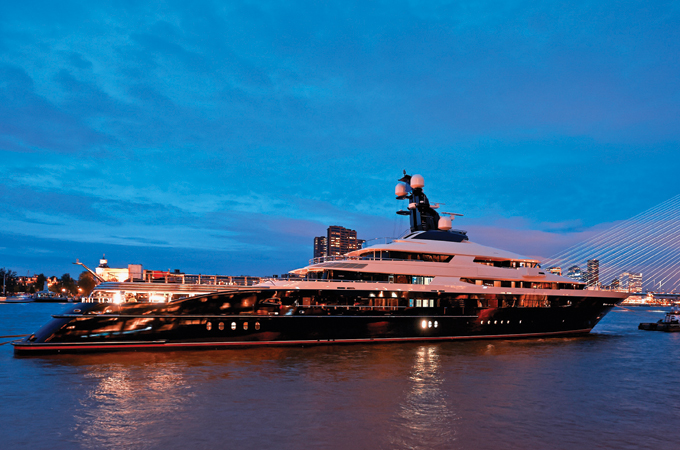