A year after its regular watch auctions were relaunched in Dubai, UAE, Christie’s is set to hold its largest ever sale in this category in the Middle East.

The highlight, Patek Philippe's iconic reference 5971 which sold for $341,000, was an indication of the great interest in highly complicated watches among collectors here. As a result, a selection of highlights from Patek Philippe's 175th anniversary sale, due to be held in Geneva, Switzerland, in November, will be exhibited alongside the 150 lots included in the Dubai sale on October 22 at the Emirates Towers hotel.

Once again, the sale, with a mid-estimate of around $2.2 million, will include fine watches from the world’s leading brands including Rolex, Cartier, Corum and Harry Winston.

In addition, Christie’s will offer seven exclusive pens including the fine and unique white gold ballpoint pen by Ancora, with pave-set diamond and sapphire barrel and cap - the diamonds weighing over 10 carats and the sapphires nearly 20 carats (estimate: $50,000-80,000).

Frederic Watrelot, Christie’s Watch specialist in Dubai, said: “There has been a steady increase in the number of lots offered in our watch sales since we reinstated them a year ago. The initial sale had around 50 lots and now we have tripled this number – a sure sign of the level of interest from collectors based locally with our established collectors bidding against a new group of buyers with each season.”

In 1904, the Brazilian pioneer aviator, Alberto Santos-Dumont complained to his friend Louis Cartier of the unreliability and impracticality of using pocket watches while flying. Cartier designed a flat wristwatch with a distinctive square bezel and it was admired by many other customers. Thus the Santos was born. This was Cartier's first men's wristwatch. The sale will offer two Santos examples - the skeletonised Santos Dumont in pink gold (estimate: $13,000-17,500) and the skeletonised Santos 100 in the rare silvery-white metal palladium (estimate: $10,000-15,000).

The sale will also include two fine Cartier ladies watches, one from the Panthère secrete series in 18 carat gold set with diamonds, onyx and tourmaline which was made in 2009, 26 years after its original launch (estimate: $30,000-50,000) and the second from the Pasha series, presented for the first time by Cartier in 1985 which is made of white gold and set with diamonds.

Hans Wilsdorf and his brother-in-law Alfred Davis founded Wilsdorf and Davis, the company that would eventually become Rolex, in London, England in 1905. In 1926 the first Rolex Oyster, the first waterproof watch in the world was launched. The watch was made famous after it was worn by the first British woman to swim the Channel, Mercedes Gleitze, during her swim the following year. In 1945 Rolex designed the first watch with a date indicator - the Oyster Perpetual Datejust. The sale includes an example from this series in 18 carat gold, diamond-set and with a green enamel dial with an estimate of $15,000-25,000.

Corum was founded in La Chaux-de-Fonds, Switzerland by Gaston Ries and his nephew, Renee Bannwart in 1955. A year later the first Corum watches were being produced. Corum's claim to fame came early on when the company introduced a watch made out of a $20 gold piece which was an instant best-seller. Corum is also known for its "world premiers” and each year, it produces a number of limited edition pieces. The Dubai watch sale will present a unique platinum and diamond-set skeletonised tourbillon watch by Corum, made circa 2000 (estimate: $40,000-60,000).

Harry Winston’s Histoire de Tourbillon No 1 was launched in 2009 and each tourbillon was crafted with 88 components but weighing a mere 0.46 grams, allowing the cages to effectively perform the rapid 36-second rotation. The example include in the sale is expected to sell for between $200,000-300,000. 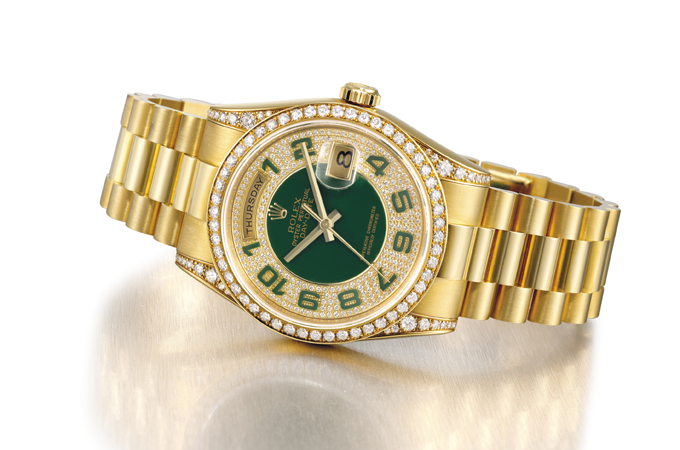 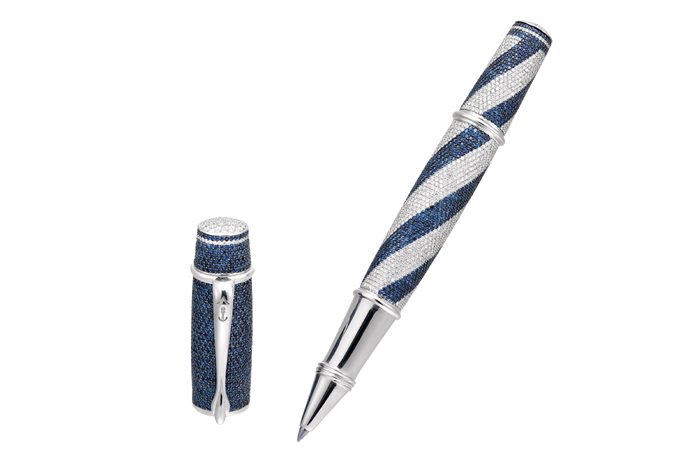 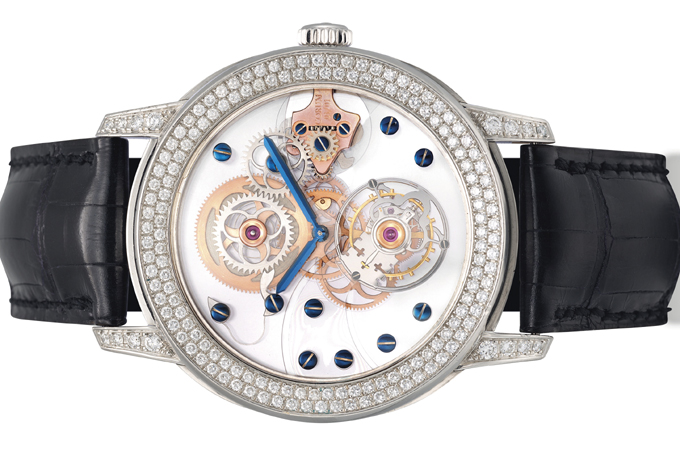