A unique London home in the heart of Chelsea sporting the façade of a traditional Russian dacha is on the market for an asking price of £16 million ($25 million).

Positioned prominently on The Vale, commanding an enviable view down Mallord Street, 27 The Vale is on the market with Chelsea estate agents Russell Simpson.

The façade is a genuine Russian dacha, constructed for a ‘turn-of-the-century exhibition’ in Crystal Palace between 1890-1900, before being purchased by architect F G Williams and transformed into a family home.

Translated as ‘something given’ dachas were first developed in rural areas of Russia, forming part of larger estates gifted from tsars to loyal vassals. Traditionally made from solid oak, dachas were used as second home or holiday retreat. Russian aristocracy used dachas for special and cultural gatherings, such as masquerade balls and summer parties. By the 19th century, the wooden homes became popular retreats for the upper and middle classes, usually escaping the demands of city life.

The wealthy classes of Russia have added a new dynamic to the typical dacha, comparable in size and décor to mansions, with all the amenities of a five-star hotel.

27 The Vale provides a five-storey family home. Entering through a classic entrance hall, visitors are greeted by a sitting room, on the same floor is a kitchen/breakfast room, large dining room, guest bathroom and spacious conservatory that opens onto a 1,469-sq-ft decked garden.

The entire first floor is Asian-inspired, with artworks originally curated by the homeowner from far-flung regions of the Eastern hemisphere adorning each wall. The guest bedroom suite is of traditional Chinese style, with feature hand–carved wood furnishings. Maintaining the oriental theme the guest bedroom is equipped with a sink from the First Class carriages of the Orient Express. The study is spacious with dual aspect views and a personal library, however, the room could also be transformed into a sixth bedroom.

Two further bedroom suites occupy the third floor, providing suitable space for the children of the house or further room for guests.

Jake Russell of Russell Simpson, comments: “This is one of Chelsea’s finest properties, a real gem in the crown of the area. The Chelsea dacha has been around for over 100 years and is a fabulously classic family retreat in the heart of Chelsea. 27 The Vale has everything the modern family needs, from cinema and recreational spaces to a large garden and an array of bedrooms. West facing to the rear, the property enjoys a rare aspect, creating amazing light in each room at the back of the home.

“Typically, as the name of the property suggests, we would expect to see interest from a Russian family that love Chelsea and want a home away from home with a spacious garden. However we also expect to see interest across the spectrum as this unique is in a quaint leafy area, within moments of the city and on the doorstep of London’s finest shopping promenade.”

27 The Vale has an enchanting history, a 20th century edition to The Vale, a street that dates back to 1836, originally home to four dwellings and a deer-park. Surviving deadly bombing raids during World War Two, the house played a role in the First World War, providing a base for the British Red Cross during the entire conflict.

The Chelsea dacha also played a prominent role in the history of famous supermarket magnates, The Sainsbury family, with Lord Alan Sainsbury, grandson of founder John James Sainsbury, occupying the Russo-inspired home from the 1920s.

His son John Davan Sainsbury (now Lord Sainsbury of Preston Candover) was born at 27 The Vale, later becoming famous for taking J. Sainsbury’s onto the London Stock Exchange in 1973, which at the time was the largest floatation in history.

Following the Sainsbury’s residence of the home, Conservative politician Sir Richard Hamilton Glyn, a former army commander in the Second World War, occupied the house. A Member of Parliament for North Dorset for 23 years, he retired as a politician in 1970. Possessing a key interest in training canines, Sir Glyn held the role as Chairman of Crufts for ten years, as well as chairing the Kennel Club.

Viewings of 27 The Vale are strictly by appointment only, for sale through Russell Simpson.

Established in 1979, Russell Simpson has built a reputation as an estate agent with formidable knowledge of the London property market, offering a professional and efficient service in the buying, selling and letting of exclusive prime London properties.

With offices in a prime Chelsea location, Russell Simpson is the premium estate agent of the area, possessing astute local knowledge of affluent West London, with the team able to provide a personally tailored service for all clients. 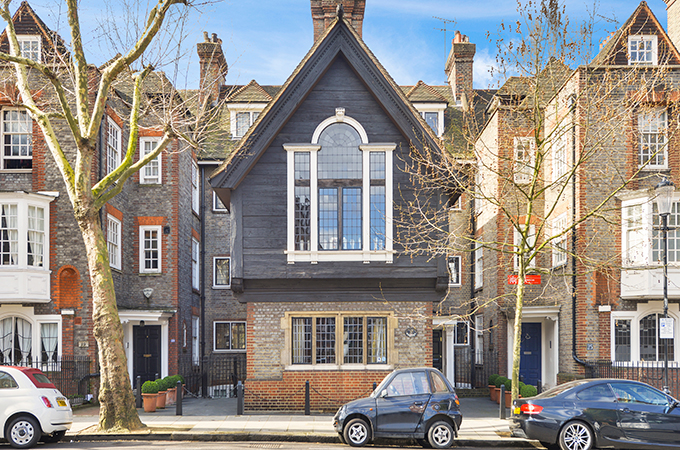 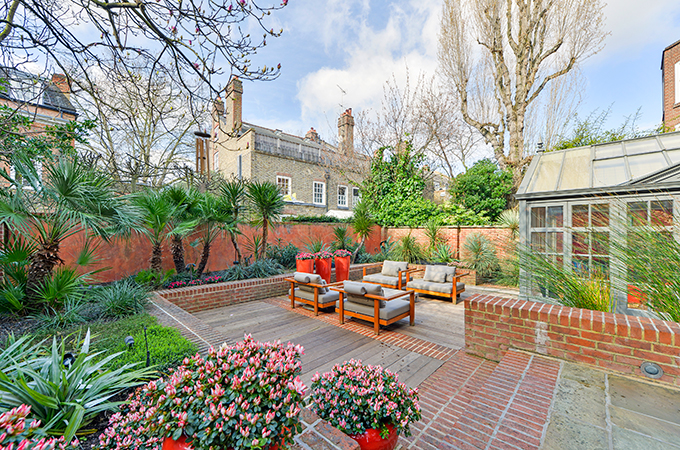 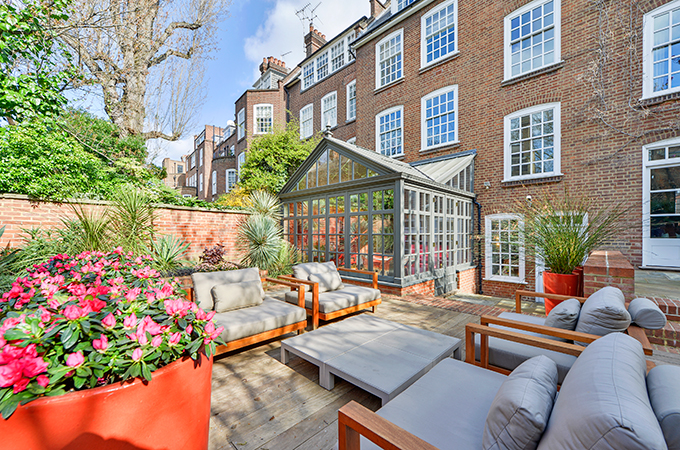 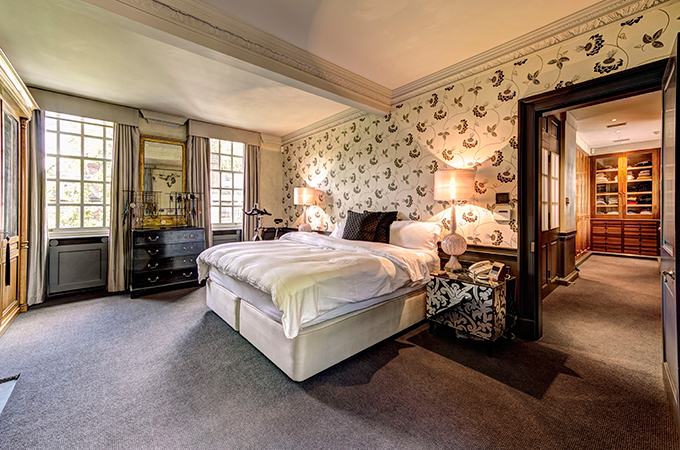 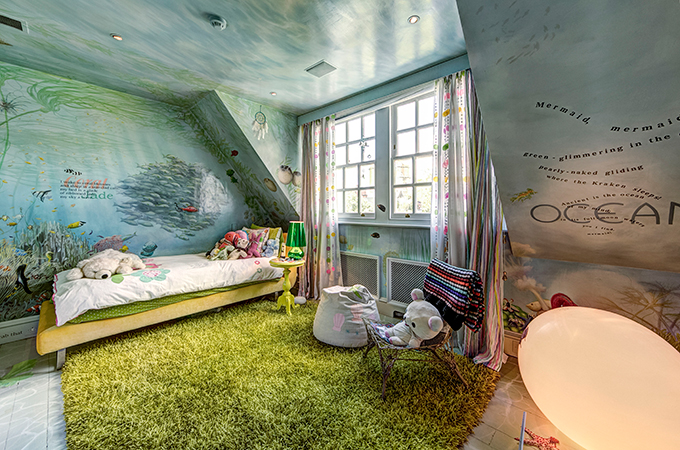 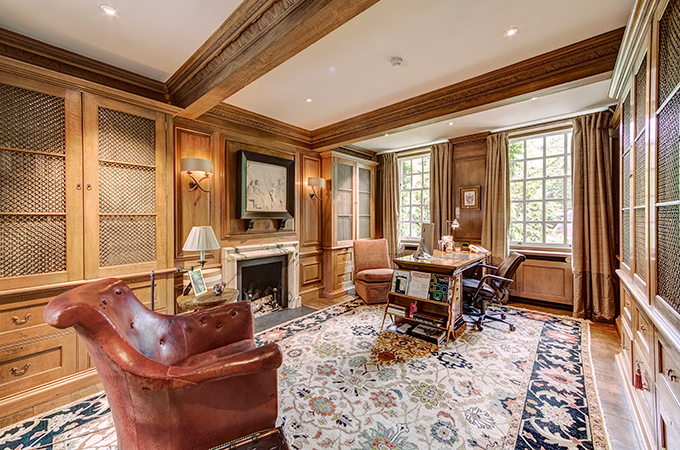 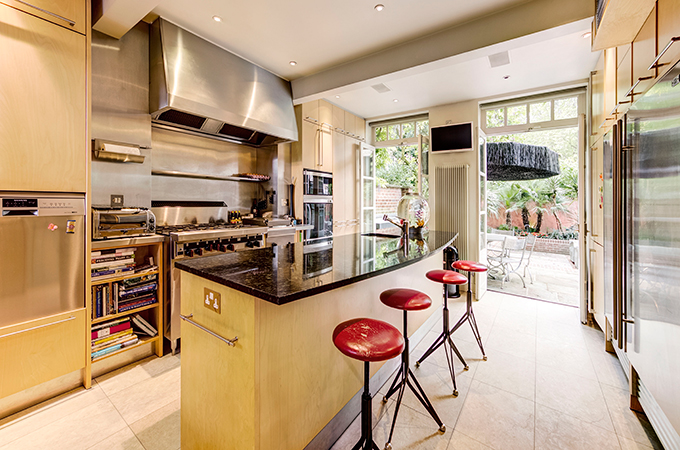 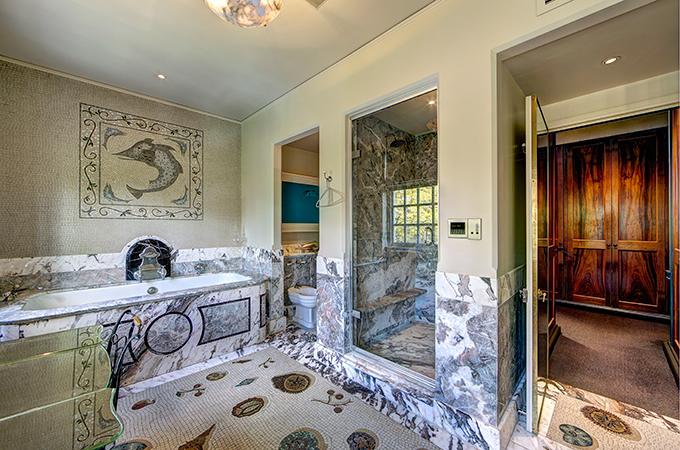