A magnificent double-fronted five-bedroom family house in the western London district of Mayfair is on the market for £25 million ($38.25 million).

London dairy parlours, such as the one on Farm Street, date back to Tudor times when the capital was focused on Whitehall and the City of London, surrounded by villages which included Mayfair.

The milking parlour consisted of a building where cows were congregated, tied together with a rope and milked by hand. The milk was then sold in the local area from clay or metal urns.

By the start of the Victorian era in the 1830s, London had developed to such an extent that the cows had to be brought into the centre of the capital from grazing areas which included Peckham, Holland Park and Hampstead Heath. The cows were then milked in the dairy parlours until they were dry. The first mechanised milking machines came into operation in 1836. The milked cows were then sold to the local butcher, which in the case of Mayfair was butchers shops on Farm Street and nearby Mount Street.

By 1850 the practice of milking cows in London’s streets had almost died out, and a census that year calculated that there were less than 24,000 cows across the Greater London area with less than 20 milking parlours still in operation in the capital where once there had been hundreds.

By the late 1860s London’s milking parlours were replaced by milk brought into the centre of London by railway, leading to the dairy sites either becoming depots for the storage and distribution of milk or being converted for other use.

Now Mayfair’s historic dairy parlour site has been transformed into an immaculately finished and newly built family house. Behind the three-storey double fronted brick and stone façade is a magnificent home laid out over six floors.

The entrance leads into a spacious inner hall which has a coffered ceiling, marble flooring and a sweeping spiral staircase that gives access to the upper floors. The house has the benefit of a private lift and second staircase which give access to all floors.

There is a large study/bedroom and spacious family kitchen and breakfast room on the ground floor, with folding glass doors from the breakfast area opening onto an outside patio.

The master bedroom suite occupies the entire second floor of the house and consists of a bedroom with day/living area; male and female walk-in dressing rooms and a master bathroom with oval Jacuzzi-style bathtub and separate marble walk-in shower.

There are three further VIP bedroom suites on the floor above each with luxurious en-suite facilities whilst the principal guest bedroom has the benefit of a walk-in dressing room. The top floor consists of a private rooftop garden.

The house has been finished to a luxurious specification with comfort cooling and under floor heating to all principal rooms, Lutron zoned lighting system and fully integrated sound, TV and Cat 5 cable/coms system to all areas of the house.

The house is for sale freehold priced at £25,000,000, offered by joint agents Wetherell and Knight Frank.

Wetherell Chief Executive Peter Wetherell comments: “This house is an outstanding example of contemporary living in historic Mayfair at its very best. As the location of Mayfair’s dairy, the interesting and unusual history allowed for the construction of a house on a commercial depot site, without the usual restrictions of historic listing controls. The result is an open flowing family house providing spacious rooms and generous ceiling heights rarely found in historic Mayfair.” 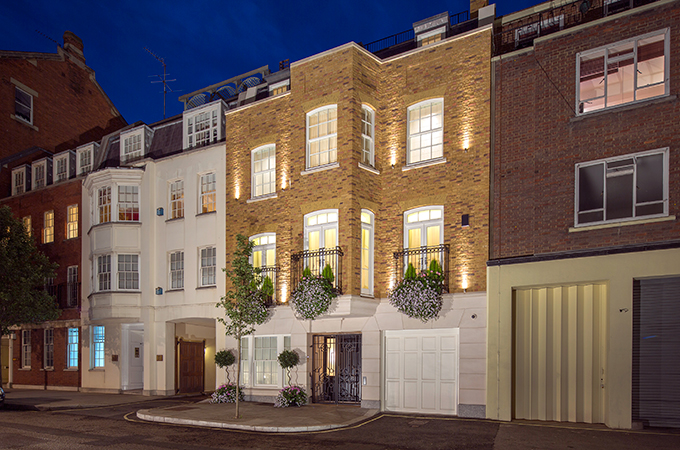 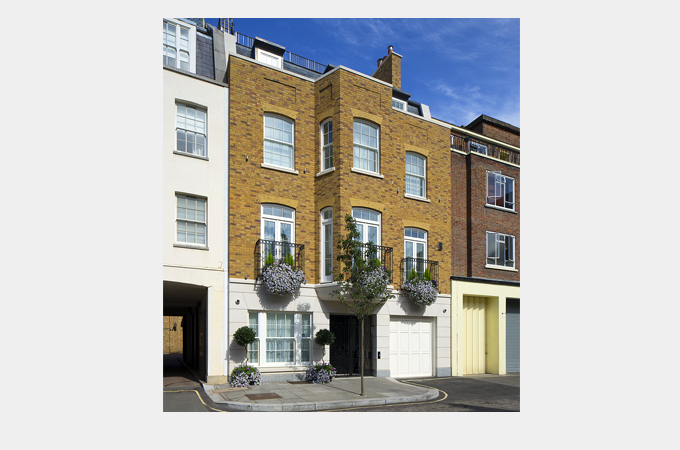 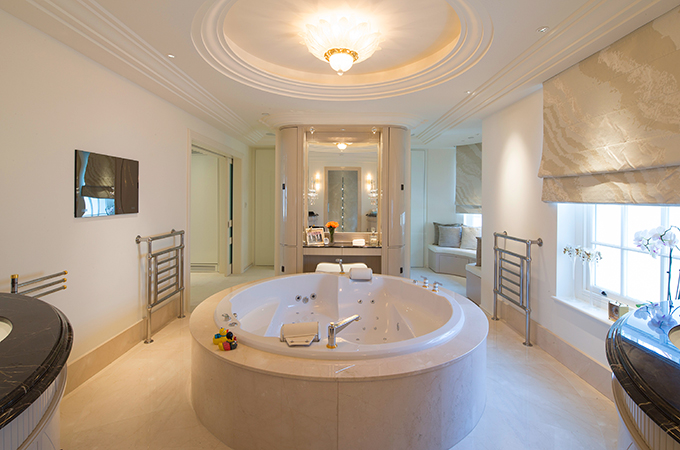 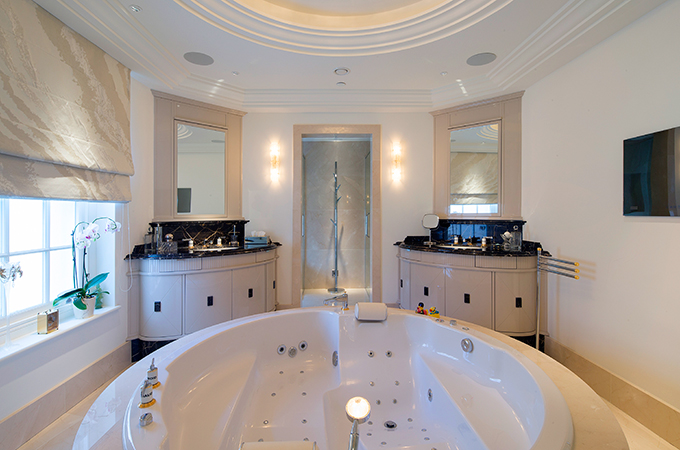 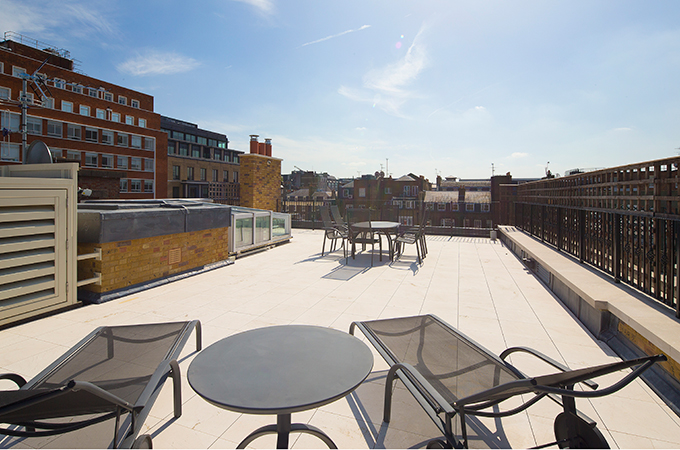 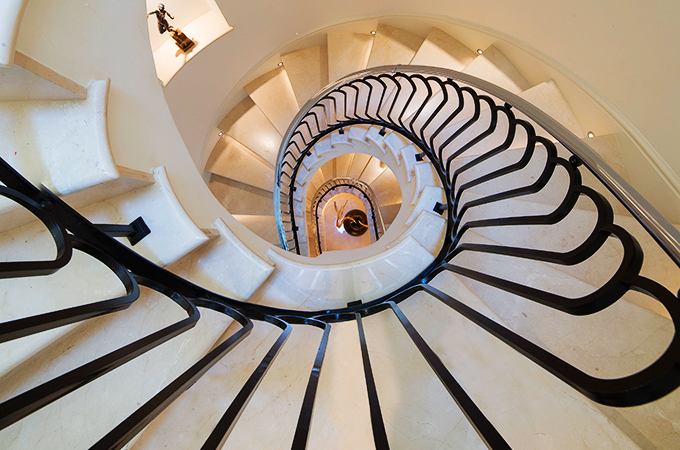 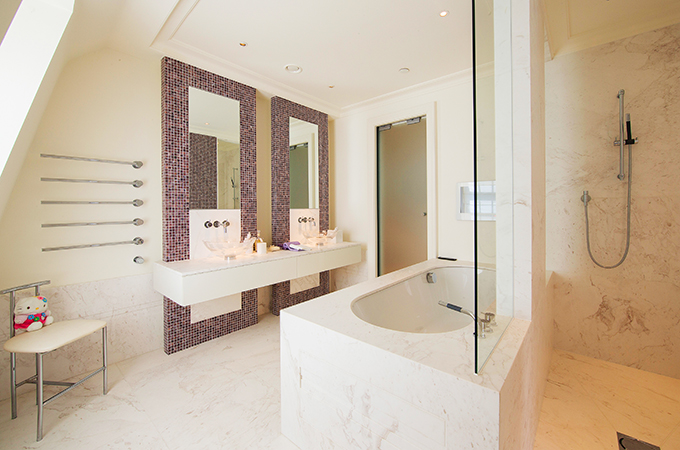 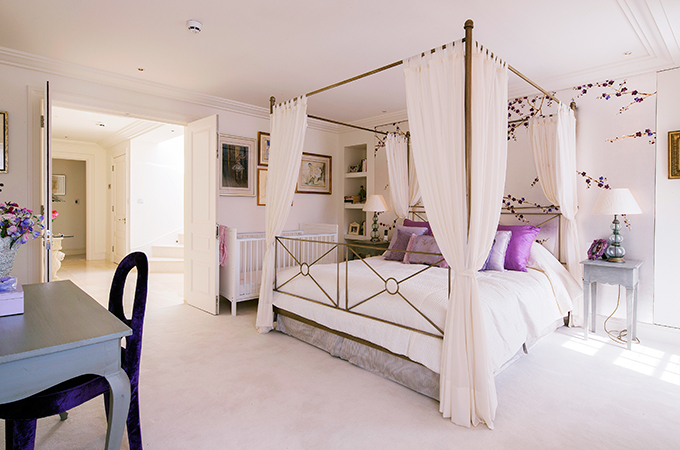