High-flying globetrotters wishing to see the world in style now have the choice of flying in five-star luxury on a private jet operated by Four Seasons Hotels and Resorts.

The Boeing 757, which would seat 233 passengers in a standard configuration has been modified to seat just 52 guests, and its interiors will feature leather flatbed seats, plush carpeting and contemporary lavatories, according to the news agency Bloomberg.

The jet will take to the skies next February with a nine-destination, 24-day ‘Around the World’ trip that begins in Los Angeles and includes stops in Bora Bora, Thailand, India and Turkey en route to London, with guests staying at Four Season hotels at each stop.

The second trip on its schedule is a 16-day cultural tour of Europe in April covering six cities, tilted ‘Backstage with the Arts’, followed by another “Around the World’ trip in August-September.

“The culmination of a vision to deliver a fully immersive Four Seasons experience both in the air and on the ground, every element of the private jet journey has been reimagined and designed through the Four Seasons lens to capture the company’s signature aesthetic, style and legendary service in the sky, Four Seasons said in a statement.

The jet exemplifies the company’s commitment to evolving the guest experience to anticipate and exceed the changing needs of the modern luxury traveller, it adds.

Contemporary design combined with luxurious finishes is featured throughout the aircraft. The interior is light and fresh, featuring carefully placed contrasts in colour palette and texture.

The aircraft’s exterior will prominently feature Four Seasons branding with a high-gloss black finish and the largest rendition ever of the Four Seasons tree logo – a worldwide symbol of luxury hospitality and personalised service for more than 50 years, it says.

“In our hotels, spaces are conceived as settings for great experiences,” remarks Dana Kalczak, the vice president, Design, Four Seasons Hotels and Resorts. “The same is true for the Four Seasons Private Jet.  Along with the core objectives of comfort and functionality – and adherence to strict aircraft safety standards – we wanted to create an exceptionally luxurious ambiance, and champagne and caviar became our inspiration.”

Ten Four Seasons-trained in-flight crew, including an executive chef, a sous chef, a Four Seasons concierge and a global guest services manager, are committed to making the journey truly personalised.

Even the dining experience has been taken to an entirely new level, with a quality of culinary excellence, presentation and service rarely enjoyed in the skies, according to the

Chef Kerry Sear said: "Our aim is to recreate the hotel experience on the Four Seasons Private Jet, which means creating innovative meals using fresh ingredients, served on the finest tableware and linens, all with impeccable Four Seasons service. The only real difference is that occasionally we have to do a little juggling when there’s turbulence!"

Each Four Seasons journey includes air travel and ground transportation, planned excursions, all meals and beverages throughout the trip, and luxurious accommodations exclusively at Four Seasons hotels and resorts around the world.

Bloomberg also reports that the jet, including crew and staff, may also be privately chartered for a mere $110,000 or more a day, with a Four Seasons hotel stay required. 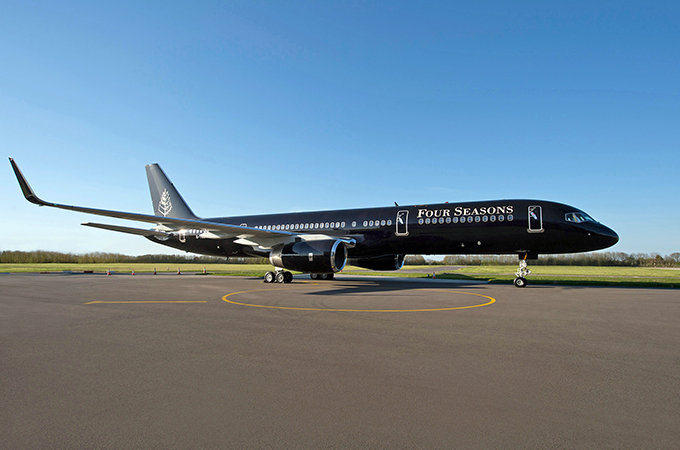 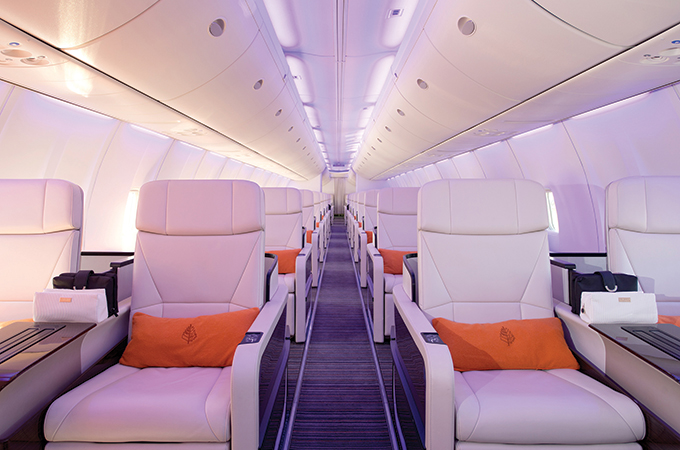 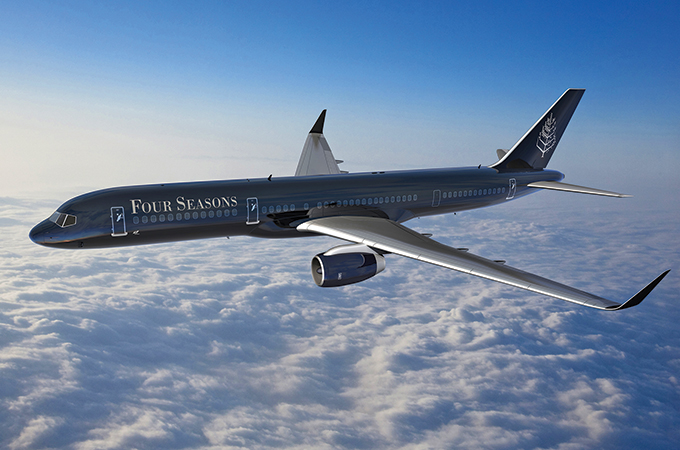 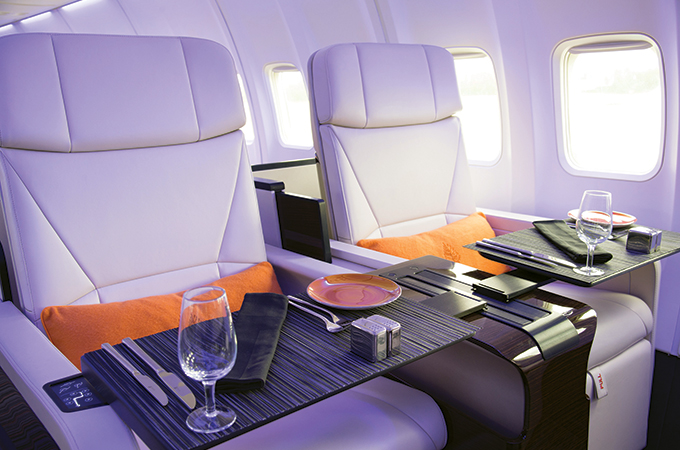